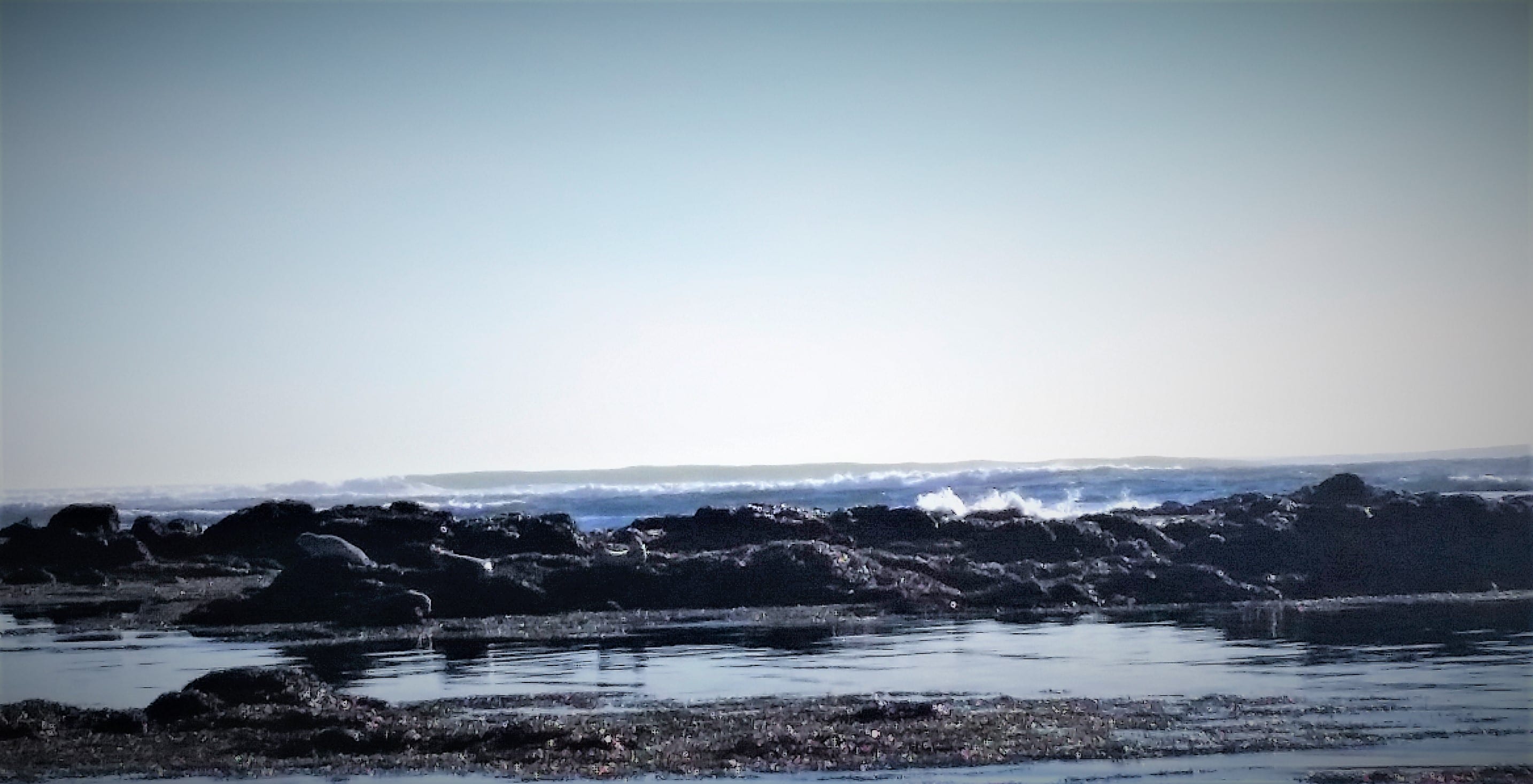 I’m a sucker for animals. My biggest regret about visiting Budapest last year was that we didn’t have time to take a train out to the bear sanctuary. Rescue bears licking honey off a spoon that you thrust through a chain link fence at them? Sign me up! So one of the things I was excited to do in Hvammstangi was check out the seal center. The nice lady at the counter suggested a few places nearby where the seals have been gathering lately.

Unfortunately, where I am freaked out by the idea of falling off cliffs and such, Mr. Fish is freaked out about the idea of driving on ice. And the roads leading to the seals’ gathering locations were all down icy roads (roads marked in blue and white on the Iceland Road Conditions website). It was a no-go.

Imagine my surprise and delight when we were at Ytri Tunga beach on the Snæfellsnes peninsula, and a grey seal popped its sweet head out of the surf, about 10 feet from shore. What I didn’t know is that the beach is well-known for seal sightings. In fact, as we were leaving the guide from an incoming tour bus excursion stopped us to ask if we’d seen the seals.

Since we were heading west on the peninsula, and we had to backtrack our route to get back to the ring road and back to our hotel (the other side of the peninsula was one of those marked icy or slippery), we decided to stop back later to see if could see more seals. 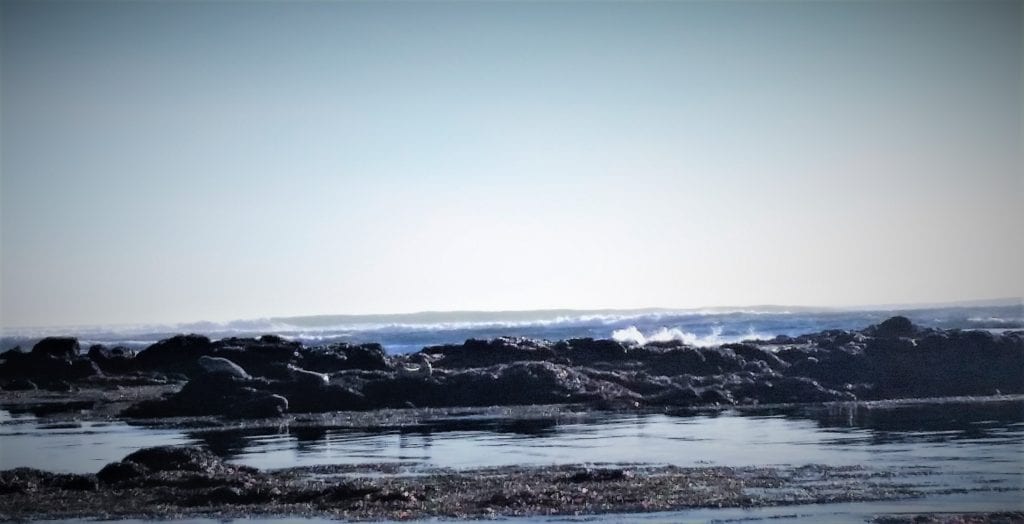 It was seal-apolooza when we returned! There must have been a dozen or so sunning themselves on rocks in the water about 50-60 feet out. It was impossible to get decent photos, of course, since the sun was just behind them, but it was cool to see seals in the wild. 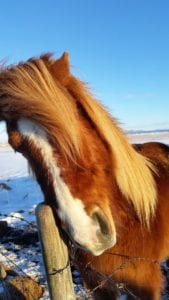 We were also lucky to get up close with a herd of Icelandic horses. On the way back from Reykholt, on route 518, there are a ton of horse farms. One kind farmer located a bale of hay very close to the road, just inside his fence. The horses were happily chowing down, so we stopped. Let’s just say the horses were happy to see someone willing to scritch their big pretty heads, and were quite insistent about getting scritched.

A few people have asked what makes an Icelandic horse different from any other horse. For one, the horses’ coats are shaggy. They’re also shorter than a standard horse and sorta-kinda pot-bellied. Mr. Pretty wanted to know why there are so many horses in Iceland–and there really were quite a few. My guess is that tourists love Icelandic horses, so the farms all seem to rent for horse-back riding. They also, apparently, are great at sheepherding . . . although I only saw sheep once.

Even Mr. Pretty, who believes horses are pure evil, made a nice friend. Still, I couldn’t talk him into renting a few horses to go riding. Baby steps, I guess. 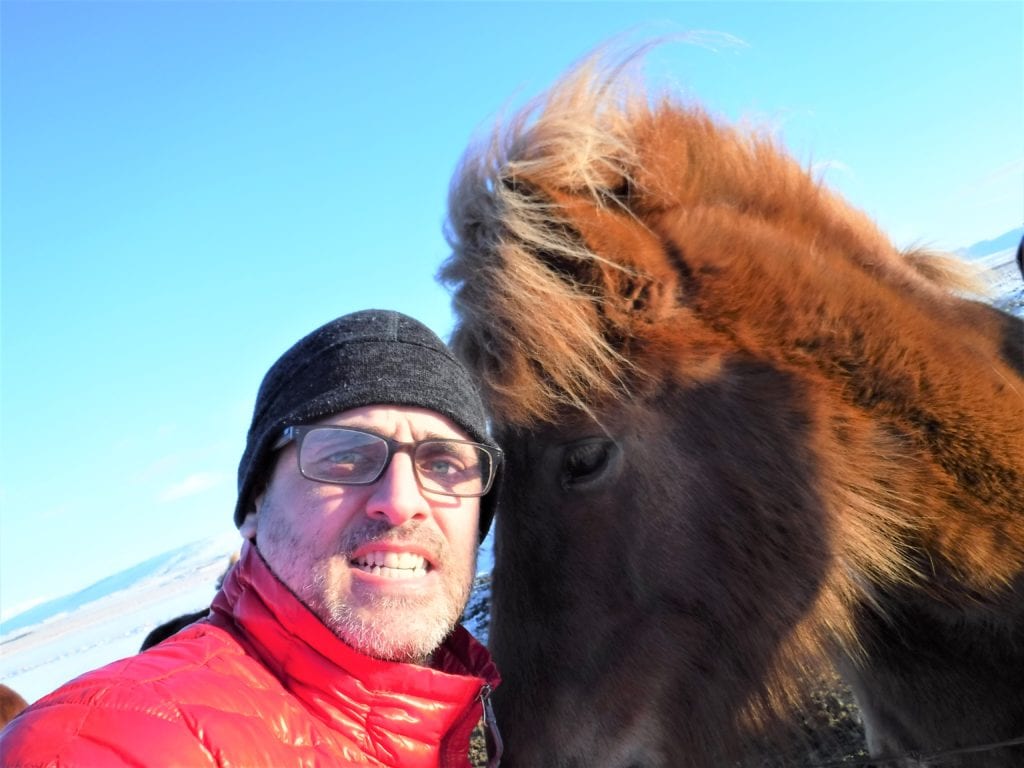 Who Are the People in Your Neighborhood: Hellnar
Apr 16, 2017

Where the Puffins and the Glaciers Roam…and Beyond
Jun 7, 2020