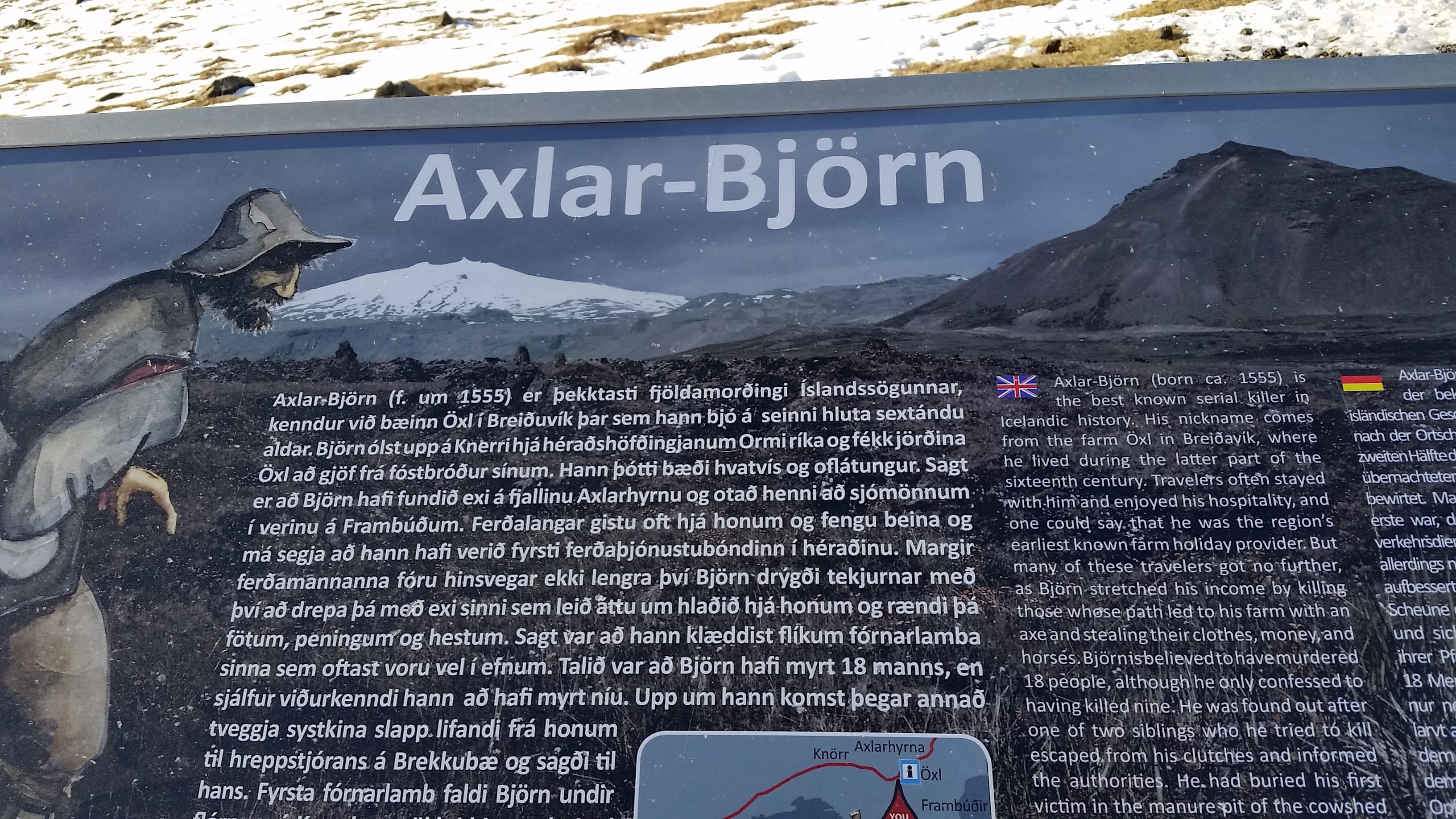 Iceland is very, very quiet in the winter. Mr. Pretty and I would be driving along and not see another car for miles. We’d get out of the car at a look-out point, and there wouldn’t even be the sound of wind. It’s “no one can hear you scream” quiet. It was snow-covered lava fields as far as the eye could see. Farther, no doubt. No cars. No humming of electricity. No squawk of birds or whine of airplane engines. Nothing. Mr. Pretty could choke me to death with only the sky to witness it. He could kick my corpse into a ravine, into a frozen river, off a cliff and into a fjord, and what would be the odds of ever finding me?1

Imagine the awkward silence, then, when a roadside plaque in the middle of nowhere (a very beautiful nowhere, mind you) told the tale of Axlar-Björn, Iceland’s most notorious serial killer.

The story goes that in the mid 16th century Axlar-Björn on the Snæfellsnes Peninsula, I’m assuming in the vicinity of the plaque location. The plaque relays the fact that Axlar-Björn owned a farm and invited travelers to stay with him from time to time–and then he’d axe-murder them and take their money and horses. He allegedly killed something like 18 people before being caught. 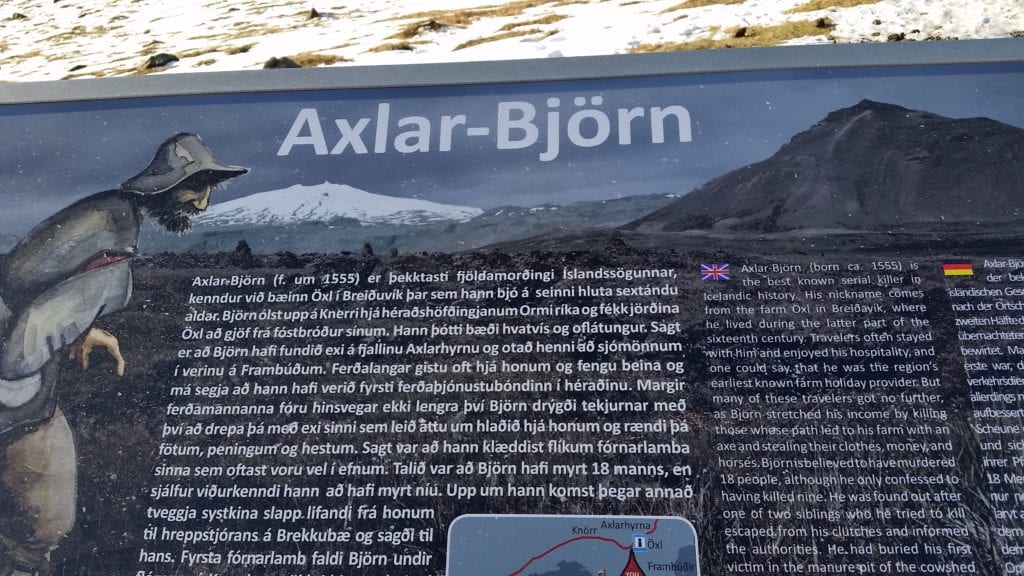 The plaque doesn’t tell the full story, though (and maybe that’s for the best–reading about Axlar-Björn from the comfort and relative safety of my own living room is less freaking then reading about him in on the side of a random road). An Icelandic Times article includes the following:

She endured horrendous dreams during the pregnancy and suffered from the unconventional cravings for human blood. Her husband drew blood from his foot to quench her thirst but she eventually confided in him, admitting that she feared that the child she carried might not be righteous.

Also: “He disposed of the dead by sinking their chopped up bodies in a deep mere on the premises, called Ígultjörn.”

But wait. It gets creepier.

Björn named his wife as his accessory and so they were both sentenced to death. Björn’s execution was gruesome and slow. First his limbs were shattered with a sledgehammer and then cut off, along with his head, and stringed to poles. His private parts were cut off and tossed to his wife’s lap, but her execution was postponed as she was with child at the time. There are no records to conclusively warrant that her sentence was ever enforced.

Remind me not to do anything illegal in Iceland. Whoa. I was also sad to read that I missed out on more Axlar-Björn tourism. Allegedly, his farm still exists, and you can also visit the site of his execution. That’ll give you nightmares . . . or plot bunnies.

1. Look, I’m not saying that Mr. Pretty is plotting my death, but stuff occurs to me. It’s why I write horror and thrillers. And that kind of silence—the kind in Iceland—scares the bejeebus out of me.↩