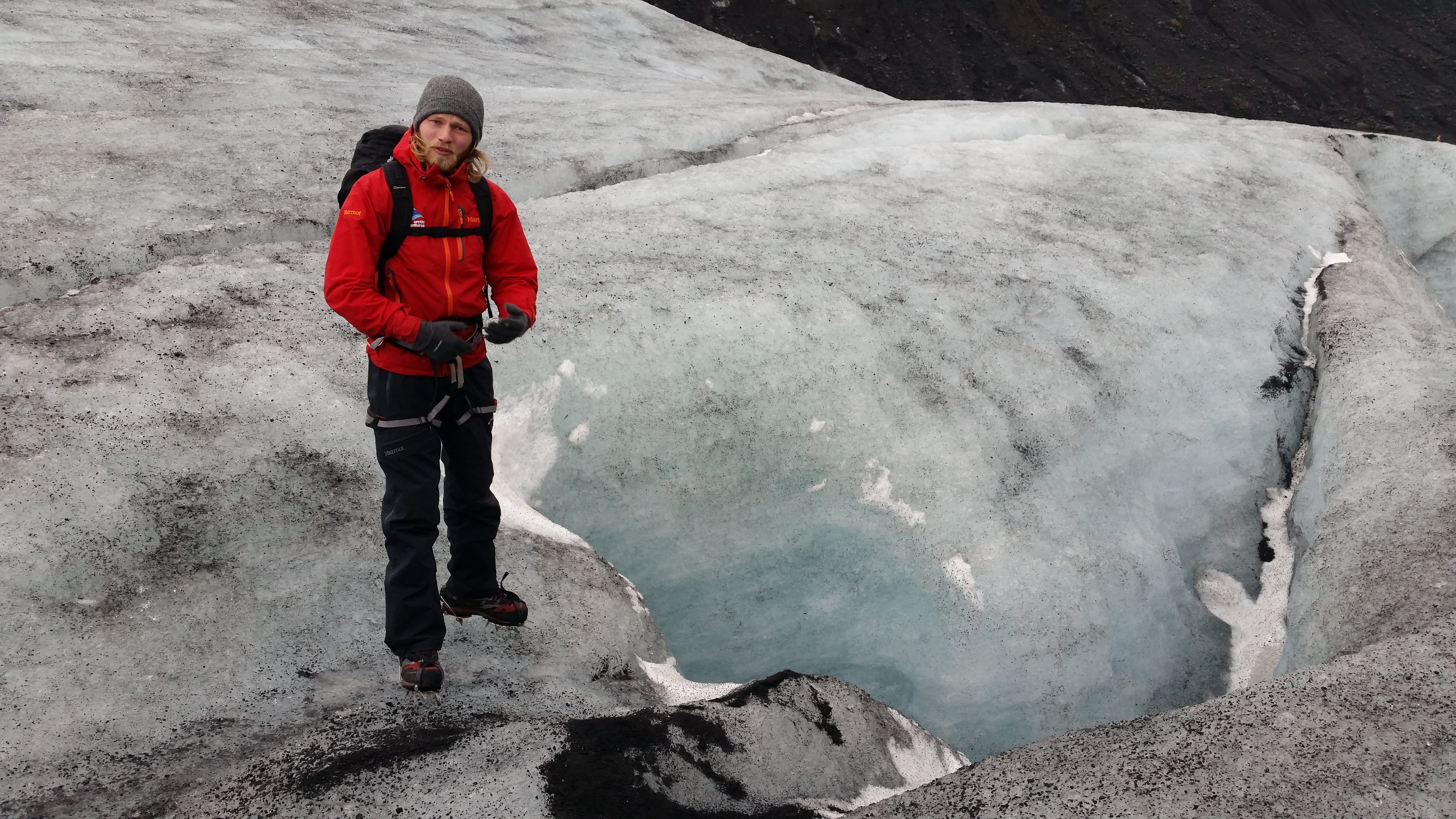 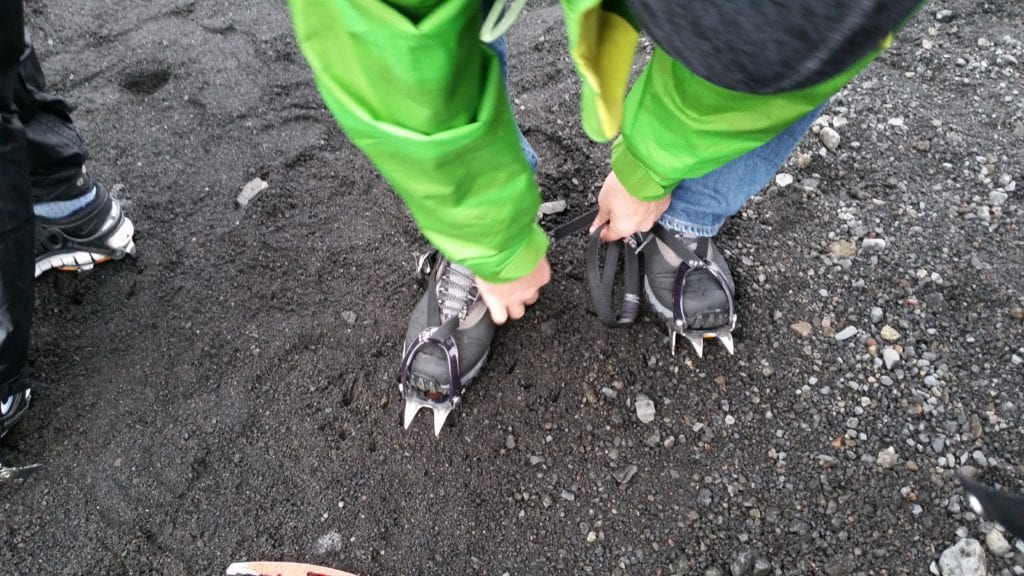 I looked at the crampons on my feet, then the ice, then back at my feet. “And these are supposed to actually work to keep me from sliding to my death?”

Mr. Pretty shrugged. “What’s the worst that could happen?” 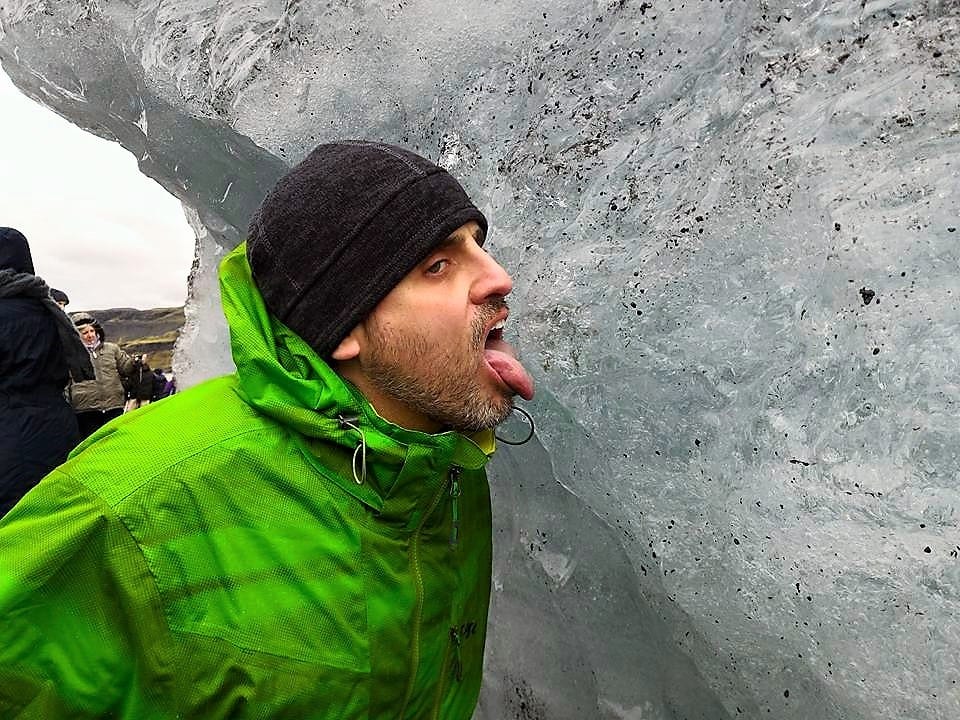 No else seemed even remotely concerned about my safety on the Sólheimajökull glacial tongue, so I tried hard not to think about it. After all, Mr. Pretty was able to live out his lifelong fantasy of licking a glacier, so if I fell into a crevasse and dashed my head to bloody bits, I would no longer be concerned, and Mr. Pretty would at least have some good memories of our trip to Reykjavik.

People, crampons work. Crampons save lives. Mine. Oh, sure I slid a few times on the glacier, and I’m sure I looked like a moron stomping down hard to make sure the spikes wedged themselves super deep into the ice. The important part is, though, that I came off the glacier in one piece.

While I was still on the glacier, though, our guide talked a lot about the glacier’s safety and well-being. He talked about climate change and global warming, and about how fast the glacier is melting and retreating. The guides should know–they’ve had a front row seat. Sólheimajökull glacier has retreated “an average of one Olympic pool-length every year for the past two decades.” 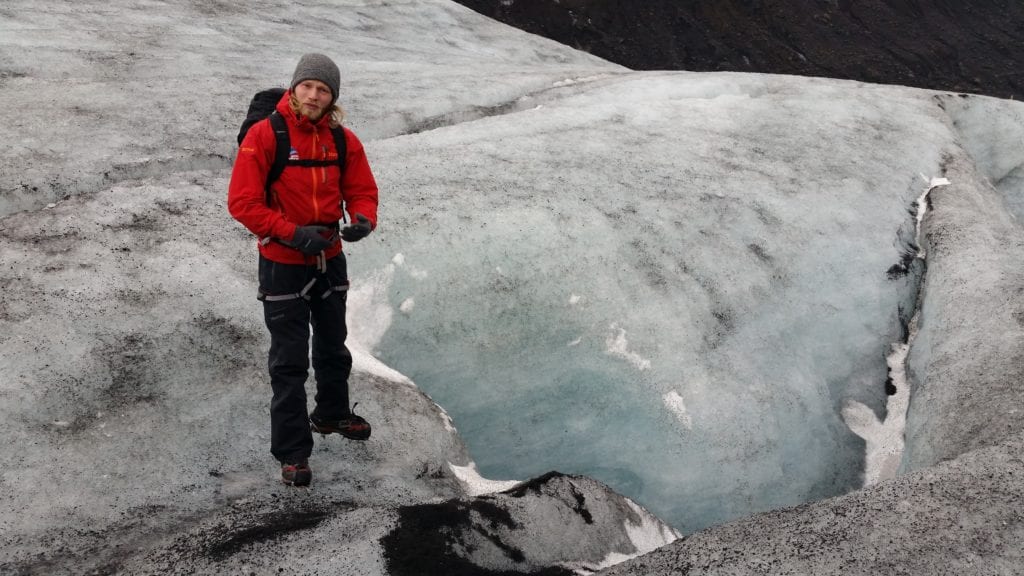 Our guide pointed out the now-empty glacial bed that stretches before the tongue and said that when he was a little kid, the drive to the glacial tongue didn’t take nearly as long. Back then, President Obama used a photo of the Sólheimajökull glacier to demonstrate the need for climate change action. Now, the Trump White House and GOP are doing their level best to destroy efforts to fight climate change (and deny that man-made climate change/global warming even exist).

Will my memories and photos of Sólheimajökull glacier make me a witness to something that one day will be extinct?

Certainly, the glacier isn’t the only place being impacted by climate change. Venice is being swallowed by the ocean, partially because sea levels are rising as the result of climate change and partially because plate tectonics and the way in which the city of constructed. The Great Barrier reef and the corals around the Rock Islands in the Southern Lagoon of Palau are experiencing huge die-offs because of pollution, rising water temperatures, and ocean acidification. Even here in the States, Yellowstone Park is being adversely affected–higher annual temps mean shorter winters, less snow, and lower water levels for rivers and streams, which has led to shrinking wetlands and more fires.

In so many ways, I feel like we’re all in a race against time to see places and things before they’re gone–you know, because many of the people in charge are too willfully ignorant to take a stand–and that’s a horrible way to think about travel. Between governments ignoring climate change and groups like ISIL trying to destroy art and temples and other cultural heritage sites, we’ll have nothing left of the world.