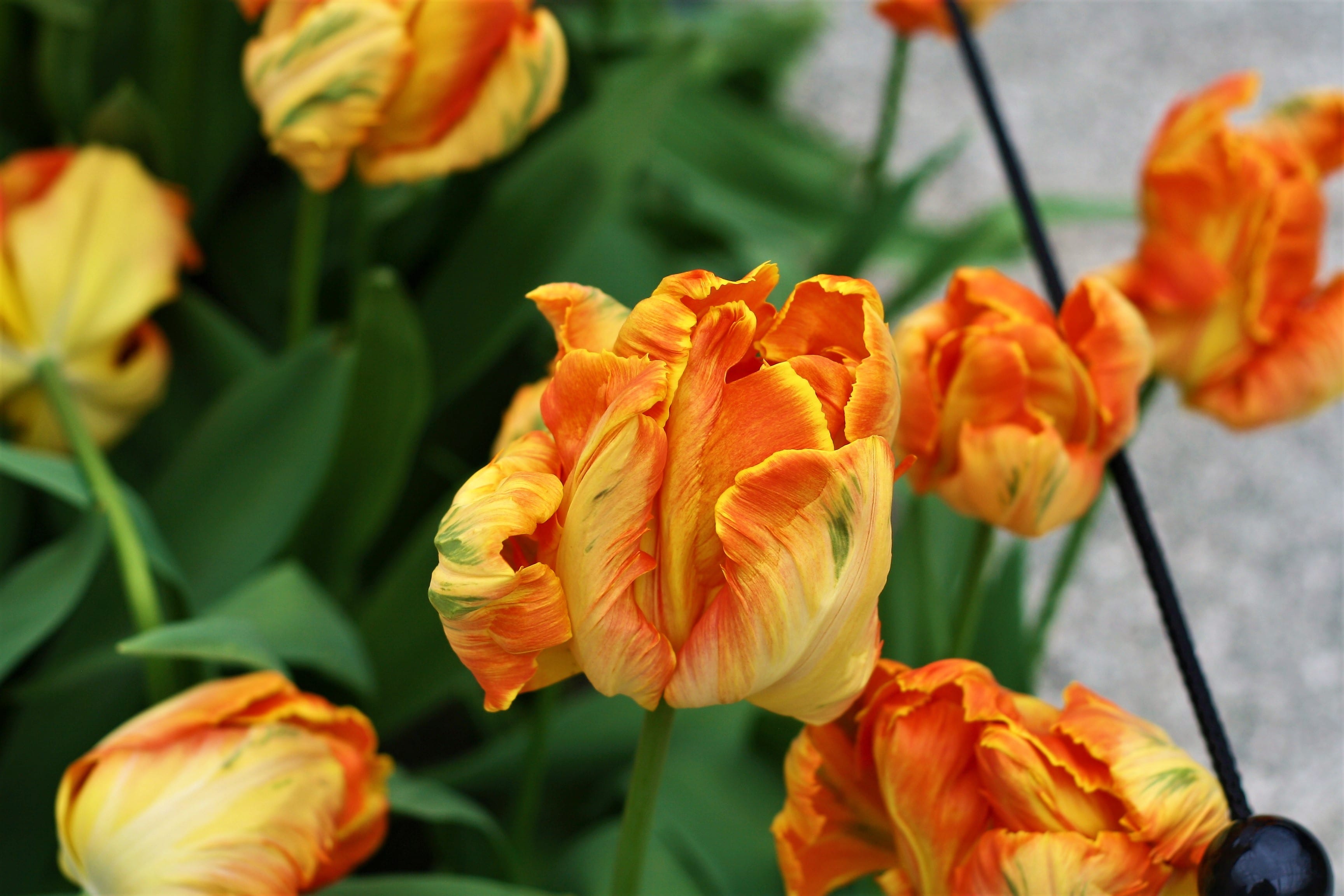 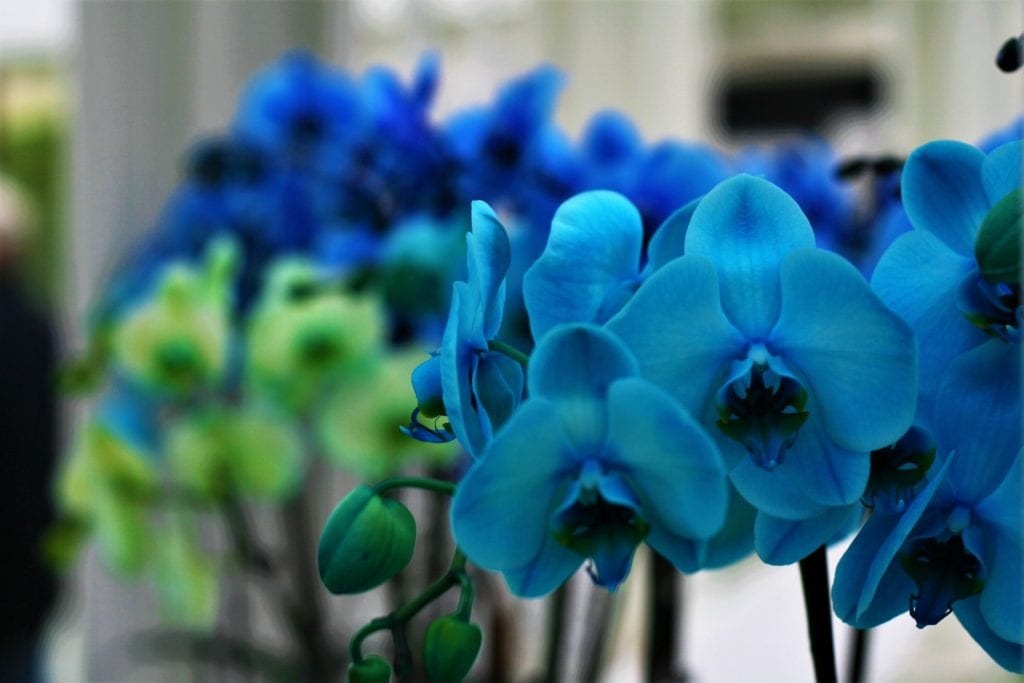 It was the blue orchids. Mr. Pretty and I were wandering around Keukenhof Garden shortly after it opened for the season and ended up in the orchid house. I’ve since seen blue orchids for sale here in the States, but the first time I saw them was in Holland. I couldn’t take my eyes off of them. 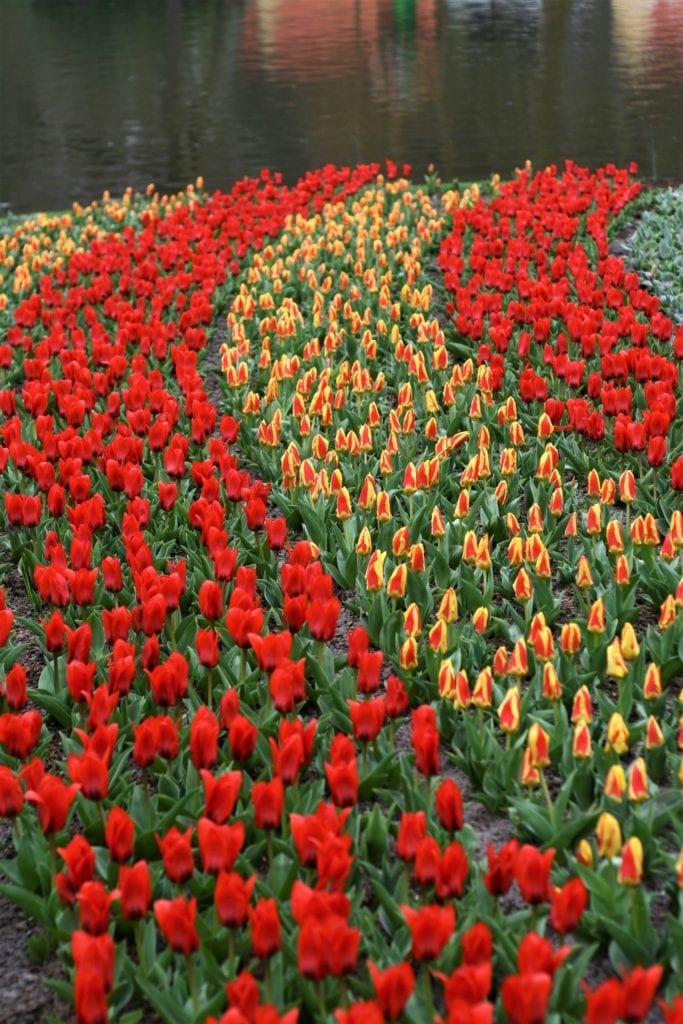 I like flowers just fine, but normally I would not be a flower festival kind of woman. It seems to me very much a pearls and linen kind of a thing. I may be middle-aged, but I haven’t quite graduated to high society genteelness and tea parties just yet. All that said, I could not resist the pull of Keukenhof, and I’m glad I made time for it during our trip to Amsterdam in 2015.

Keukenhof is open for two months each year, and it’s mostly all about the tulips. Acres and acres of tulips, in rows and in various designs. Early on in the season, though, the outdoor tulips are limited to early varieties. Still beautiful, of course.The gardens with thick stripes of different-colored tulips and other spring bulbs are particularly striking.

The theme in 2015 was Vincent Van Gogh, so planned for the 125th anniversary of the artist’s death. That meant not only a floral field designed in the likeness of Van Gogh, but also a specially developed Van Gogh tulip and a mobile artist’s workshop.

This year the theme is Dutch Design, which the Keukenhof website describes as “Dutch sobriety combined with innovative solutions.” I have to say that I’m more than mildly curious about what the displays might look like, especially the Mondriaan Garden.

The Keukenhof themes are less obvious in the indoor displays. That’s not such a bad thing, especially early in the season. While the the outdoor displays were quieter in March than they would have been a few weeks later, the indoor flower displays at Keukenhof–like the blue orchids–were more vivid. The largest of the indoor displays were the tulips, of course. New varieties, old varieties. All types of shapes. And I totally admit to having a seat at the indoor cafe for a cup of a tea. Maybe I am moving in the direction of tea parties. 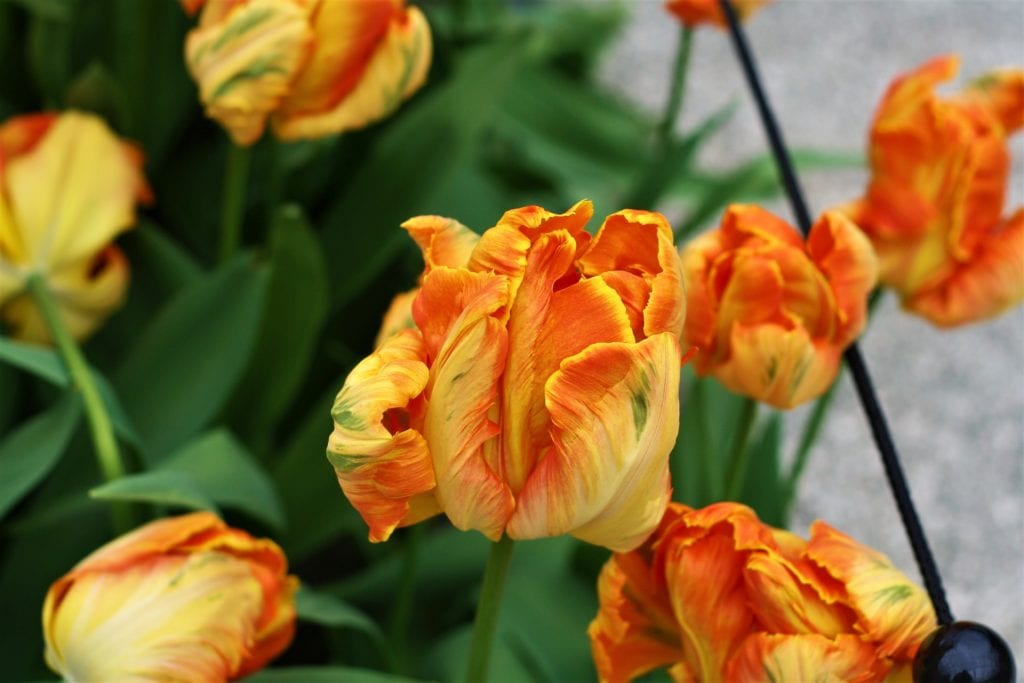