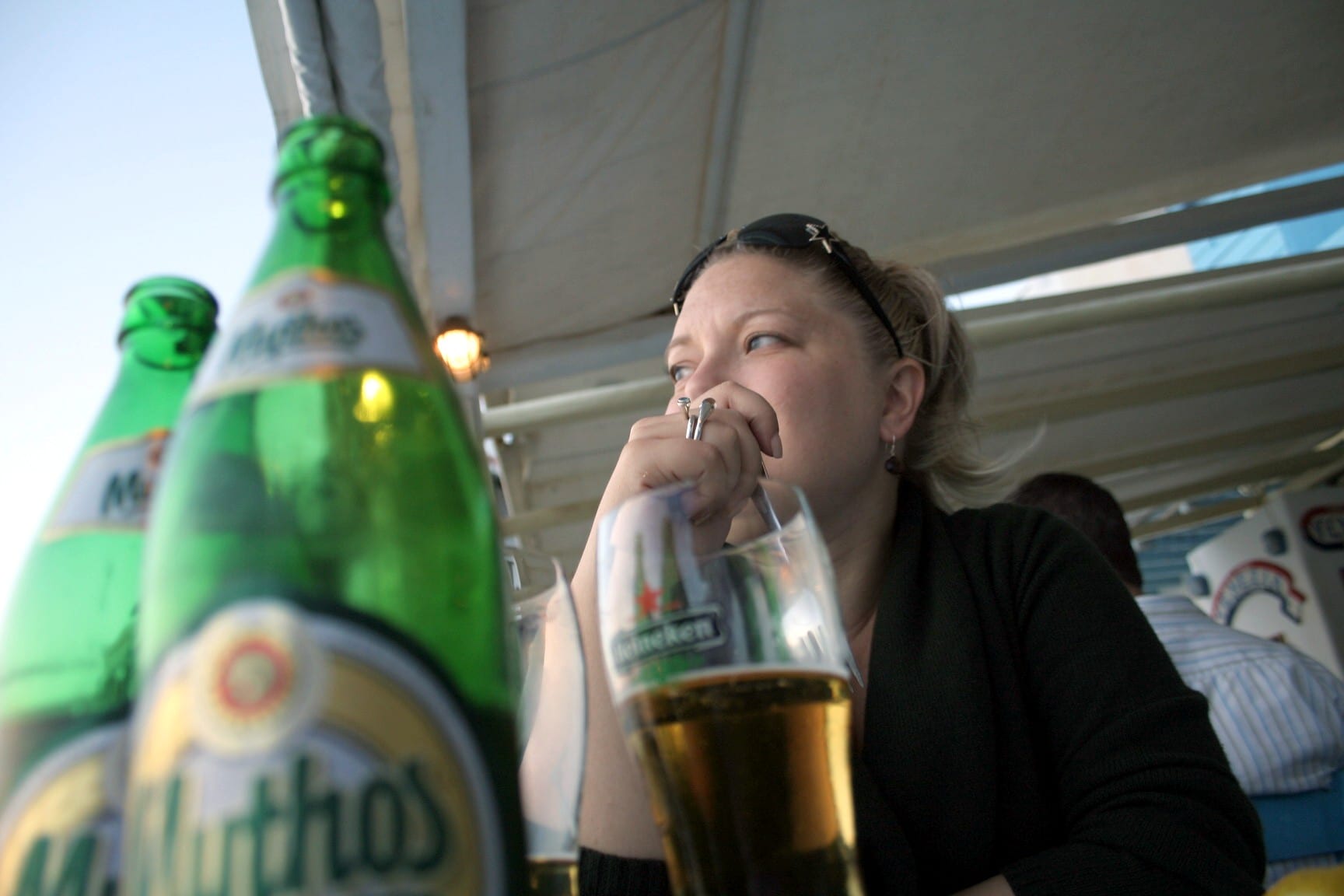 It sounded like a good idea at the time: fly into Athens, Greece; spend a day or two in the city; and head down the port city of Piraeus to catch a cruise ship that would whisk us away to Patmos, Mykonos, Rhodes, and Kusadasi, Turkey. It wasn’t Mr. Pretty’s first choice. He was nervous about being sea sick or about norovirus spreading like wildfire through the ship. The night before we left he insisted on watching The Poseidon Adventure, and then he spent the evening fretting about rogue waves.

Look, I won’t lie: I adored being able to see a lot of different places. I fell into love with the windmills and gorgeous bright white houses on Mykonos, and the fascinating Old Town on Rhodes. And when we landed at Kusadasi, we caught a bus trip out to the stunning Ephesus ruins. Being on the ship late, late at night, looking up at the stars was lovely, too–not a lot of light pollution meant great views.

That said, ship life didn’t agree with me very much. Mr. Pretty and I were on a trip for our five year wedding anniversary (2006), and let’s just say that the two very separated twin beds in our tiny stateroom were not conducive to snuggling. It was also a bit like living in a dark, dank cave for a few days. I forget what level we were on, but our floor was definitely not blessed with windows. It sort of smelled moldy and damp.

Our cruise ship was not one of the giant luxury brands like Carnival. No, our ship was run by Louis Hellenic Cruise Lines, now apparently known as Celestyal Cruises. Their cruises run on older ships, and it showed. Everything had that run-down Love Boat look to it. I’m certainly not someone who insists on the best of everything, or luxury this or that, but it was a bit creepy. Mr. Pretty and I decided to think of it as traveling aboard a mobile Econo Lodge. 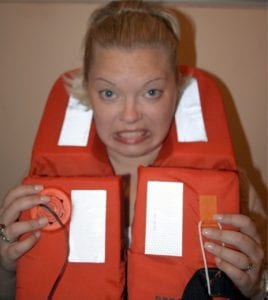 What solidified for us that we’re not cruise people is what happened after our vacation was over. Let me first tell you the name of our ship: the Sea Diamond.

Six months after our trip the Sea Diamond sank after running aground on a volcanic reef near Santorini, leaving two passengers presumed dead since their bodies were never found. Not quite The Poseidon Adventure, but not terribly far off.

The captain and five crewmembers were charged with negligence, among other things. All were convicted, although none of them served jail time. The owners, operator, and captain of the Sea Diamond were fined €1.17 million for causing marine pollution. In the meantime, the Sea Diamond sank entirely. Last year a team that is monitoring the wreck site said erosion of the hull is allowing fuel and engine oil (not to mention pollutants from electrical equipment) to seep into the water, so the wreck must be removed.

Is it dumb to swear off an entire mode of transit because something bad once happened? Yes, absolutely. But we can’t be rational all the time, can we?