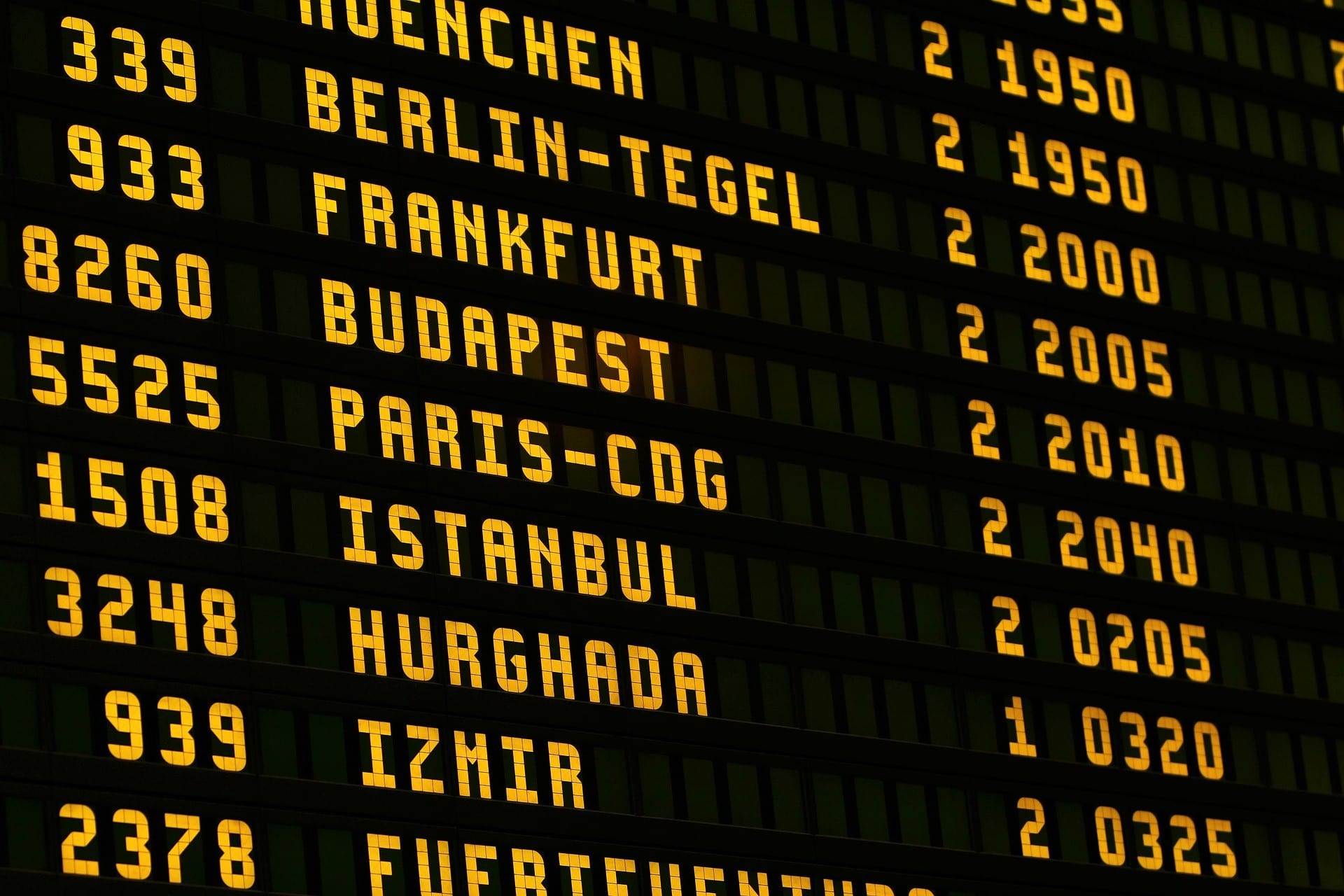 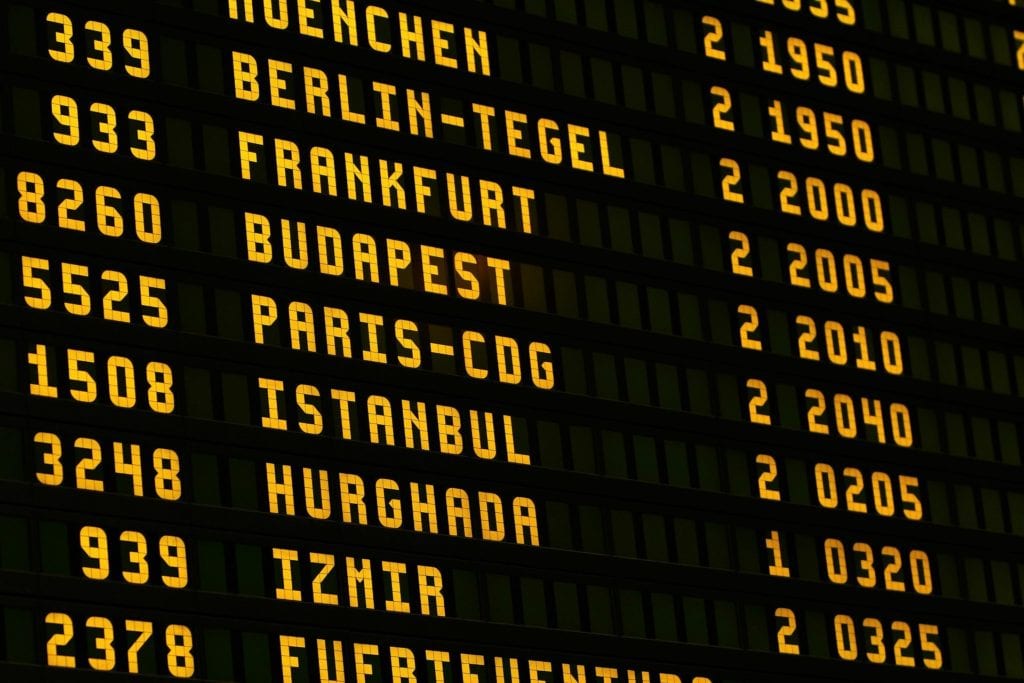 People are, apparently, freaking out over the fact that a United gate crew refused to allow a couple of girls to board a plane in Colorado because they were wearing leggings. Folks are losing their minds because they’re seeing this as some kind of body shaming-child sexualizing death march back to the Victorian age, when in reality it’s pretty simple: sounds like the girls were using Buddy Passes, and as such United has dress code requirements that employees and people who use their benefits must adhere to. End of story.

Except it’s not. Because people are still making a lot of noise, threatening to boycott the airline because they have a dress code. Good luck with that, I say: ALL airlines have codes of conduct that include a dress code for employees who fly using company perks (aka non-revving). This is not back in the day when flight attendants had height and weight requirements. This is across the board stuff. Airlines vary, but generally it’s no shorts, sandals, or athletic gear, and never ever any clothing that’s dirty, frayed, torn, see-through, or offensive. Doesn’t matter if you’re a man or a woman, old or young, a kid or an adult.

Trust me when I say that every single airline employee who takes advantage of non-rev benefits is cringing right now. Why? Because we know with certainty that the person who handed out the passes to this family is going to have his or her travel privileges suspended.

Mr. Pretty doesn’t work for United, but he does work for a major carrier. There are rules. It doesn’t matter that when you’re flying you’re not on company time; you’re still representing the airline for which you work. If you hand out Buddy Passes, your guests are representing you and the airline. It’s the employee’s responsibility to educate their guests about what is expected of them. And what is that exactly? You show up at their airport dressed appropriately, you don’t harass the gate agents or cabin crew or argue with them, and you take what they give you–and that can mean a middle seat next to a large smelly man, a half-crushed entree, a bad attitude, a seat in close proximity to a stunk-out lavatory. Whatever it is, you smile, shut up, and thank the aviation overlords that you a] were able to snag a seat in the first place and b] are flying to your location for free or for the cost of airport taxes.

Don’t like it? There’s an option for that: buy a full-priced ticket.

I’ve heard some interesting arguments in the last 24 hours . . .

You shouldn’t expect a 10 year old kid to dress professionally. They’re not adults.

So a 10 year old kid can’t be expected to behave in public? That’s a new one on me. My mother fully expected me to dress up for occasions that called for it, and she expected me to act right. I was 10 years old, not 10 months old. Would you let your kid–of any age–run around naked in your workplace? Probably not. Most people wouldn’t even let their kids run around naked outside their own homes. And I’m not saying that wearing leggings is running around naked, by the way. But there is a social contract about what’s acceptable in public. In some cases it’s codified by law. There are likely also Human Resources-set rules in your workplace about dress code. Those rules apply to you, and they also apply to your friends and family who might come by to see you. No assless chaps are to be worn in my office, by employees or by guests, regardless of age. I’m okay with that rule.

Nope. That leggings rule isn’t really about the leggings. It’s partially about spandex. I don’t think United employees of any gender are allowed to wear spandex while they’re flying on company benefits. Why spandex? It falls under the athletic gear rule. It also seems as though United does have a rule in its dress code that forbids “form-fitting lycra/spandex tops, pants and dresses.”

How? The rules don’t say that you can’t wear spandex because it’s a sexual distraction. The company wants their employees and those using employee benefits to look professional. Spandex is in the same category as football jerseys, baseball hats, etc. (athletic gear). In United’s case, it does go further by calling out “form-fitting” spandex. Sure, this might be an issue of penalizing kids and adults by sexualizing their clothing choices. Mostly, though, it’s about drawing a line about what the airline considers professional attire.

[insert big huffy windbag noise]. Well, what does it matter? Other passengers are wearing whatever they want, and they don’t know which passengers are non-revving.

The other passengers are paying full price to fly. They can do what they want, as long as it doesn’t violate passenger standards (do read your Conditions of Carriage sometime). As far as not knowing whether a passenger is non-revving, yes, that’s true–we’re not supposed to go around advertising our status. It does come up, though, and we’re expected to represent the company accordingly. Yes, even a 10 year old girl.

That’s just dumb. Big Awful Airline shouldn’t have the right to set a dress code in the first place. It’s sexist, classist, and maybe even racist. I mean, what if the parents of these 10 year old girls couldn’t afford anything other than leggings?

Then why were they flying to Mexico? By Mr. Pretty’s airline, a flight from PHL to CUN (Cancun) costs $17-$70 (premium economy vs first class) for an employee or $58-$294 (same) for a Buddy Pass. There are rarely premium economy seats left on a flight to Cancun, but for the sake of argument let’s say the Buddy Pass riders caught a break. There were three of them in their group, so that’s $174 for the round-trip flights. If they stay for two nights, the cheapest hotel in Cancun would cost about $90. Then there’s food and transportation ($100 minimum, and that’s if they eat real real cheap), so all told a two night trip is going to cost, at minimum, $364. If you’re able to spend $360 on a vacation, you can afford to go to a thrift store and spend $5 on something to wear that fits the dress code. That’s not a classist pay-to-play situation.

Neither is it racist or sexist. I’ve already covered that it’s not a gender-specific policy, and the dress code doesn’t specifically cover items of clothing more often worn by white people or black people or other colors of people. Hey, shorts–whether hot pants or bermuda shorts–know no color or ethnicity.

As for whether Big Awful Airline has a right to set a dress code in the first place, well . . . why wouldn’t they? I don’t know a single employer who doesn’t have at least one rule for how employees should dress. I’ll say it again: assless chaps in the office are frowned upon everywhere–well, except maybe if you’re a sex worker. I mentioned the whole issue of drawing a line about what’s acceptable in terms of what is professional. I have no idea where the line should be drawn, but it’s clear that a line does have to be drawn. Perhaps you find assless chaps completely professional to wear to the office–does that mean it is?

Do you want to delay the flight? Because this is how you delay a flight. There are no (or barely any) private areas that the public are allowed into at a gate, and it’s not like a gate agent has time to close up his or her desk in order to escort this kid to a room if such a thing existed. The adult traveling with the girls should have known the rules and followed them. Full stop.

If the gate agent ignored the rule, he or she could have been suspended or fired for not following the rules.

Anyway, the bottom line is that if you’re an employee or you’re using employee benefits, there are rules to be followed. I happily follow those rules in order to utilize non-rev benefits. This outrage over a 10 year old girl being denied boarding is misplaced, at best, and manufactured, at worst.