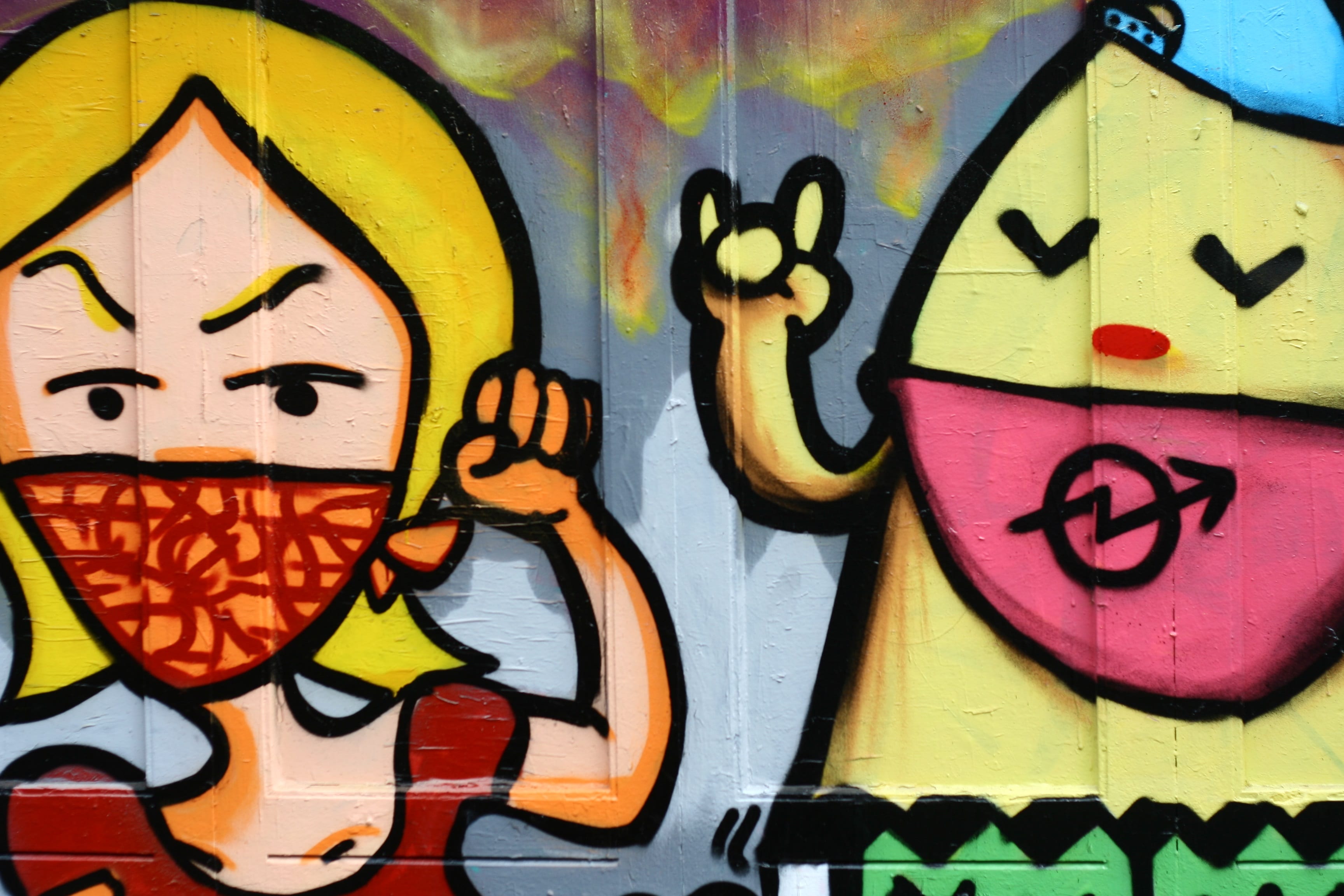 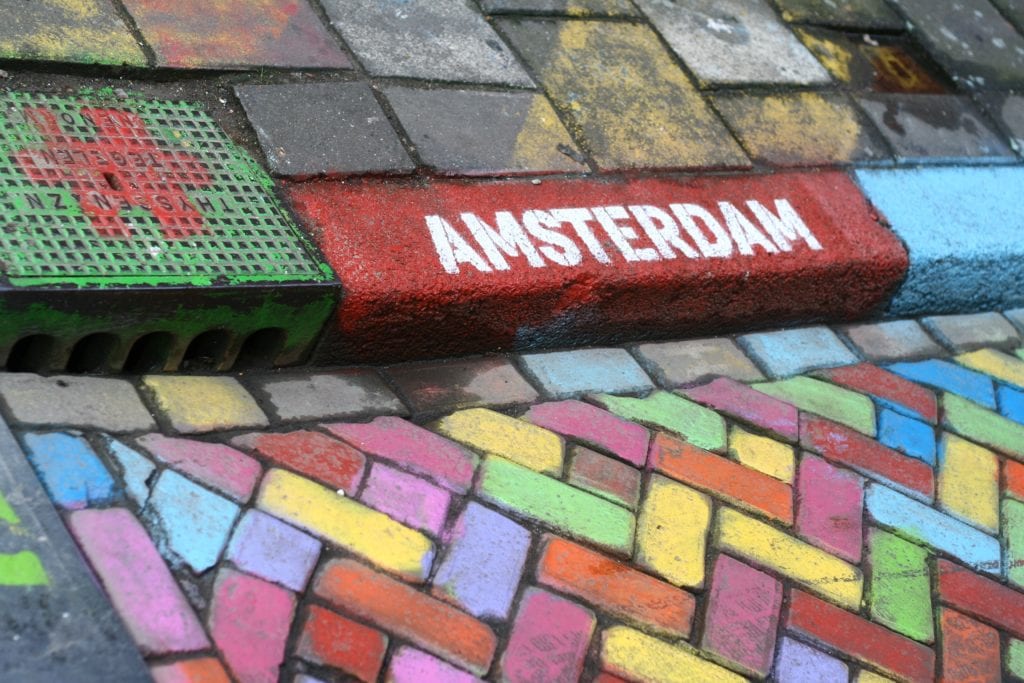 For the millionth time, I thanked the wifi overlords and started googling. It didn’t take long to discover the source of the acrid stank: when police tried to serve the final eviction notice to squatters living in the Tabakspanden complex on Spuistraat, things went a little sideways. There were barricades built. Fires set. Arrests made. And in the end, a very important part of Amsterdam’s history had all but ended. 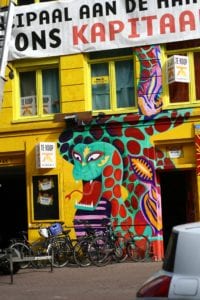 Only a day or two before Mr. Pretty and I had sought out the Spuistraat, particularly the De Slang building (or, the Snake House). The gorgeous street art was the draw, but the history of squatting in the Netherlands was fascinating–and timely, for me. Cari Luna’s novel The Revolution of Every Day, which follows the lives of several squatters in New York City in the mid-1990s, had recently found its way into my hands. Before that, I didn’t really know all that much about the squatters movement. The whole thing is fascinating, and considering that the lack of affordable housing is worsening in the States, well, potentially instructional.

Every country has it’s own squatters movement and history. Journalist Robert Neuwirth suggests there may be as many one billion squatters worldwide, living illegally (or sometimes legally, depending) in abandoned buildings. It’s not about homelessness, but finding a home, preserving buildings, and even saving neighborhoods. Building community. In Amsterdam it was legal to squat (under a certain set of circumstances) until 2010, when a conservative government took over. And that leads me back to the Spuistraat.

It wasn’t news to me that squatters on the Spuistraat were living on borrowed time, but it did make me very sad. De Slang has been squatted since the early 80s, and as alternative movements are wont to do, it attracted artists, musicians, and actors–free spirits–and they’re the ones who made the neighborhood what it is. Or was, I suppose. The housing association De Key acquired the building in 2008, which was the beginning of the end. The amount of street art had shrunk considerably by the time I was able to get there (and looks like it will be gone entirely). I didn’t quite realize how little time was left for the squats. Maybe I would have more carefully hunted down the remaining art. 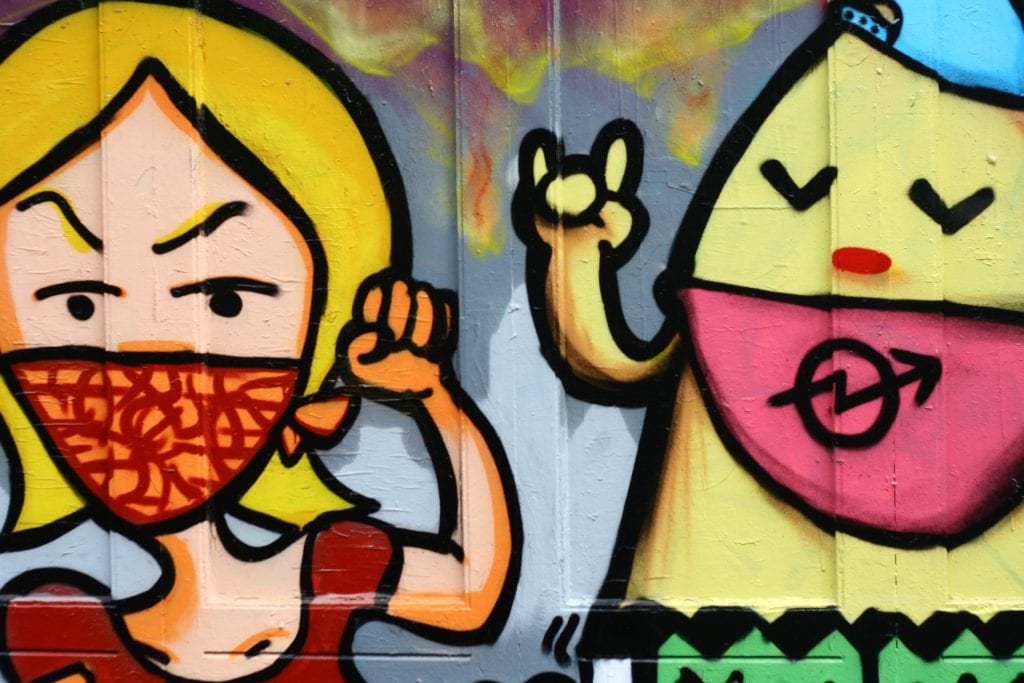 I’ll spare you my intense guilt about tourism contributing to gentrification and pushing out all that makes a place special. It’s a problem we all struggle with. I don’t know what will happen to the art on the Spuistraat, but the squatters movement is morphing into something new in Amsterdam:

Amsterdam’s Bureau Broedplaatsen, or “incubator bureau”, helps would-be squatters transform vacant buildings into live/work spaces for artists and entrepreneurs. By allowing the free take-over of former schools and office buildings, as well as a floating factory, a church and even a war bunker, the city has breathed new life into neglected parts of the city.

It’s not a perfect solution, but these maker spaces might be good for Amsterdam. I’d been told a dozen times before visiting that the Amsterdam of today is only a dim and regulated version of what it used to be. That’s clearly true in several neighborhoods. But maybe it doesn’t have to become a black hole of a city overrun by tourists and rich people, somewhere no normal locals can afford to live (as is happening even here in Philly). Maybe Amsterdam can lead the way.

Or maybe not. We’ll see.

Spuistraat street art in 2015 (click the thumbnail to embiggen):