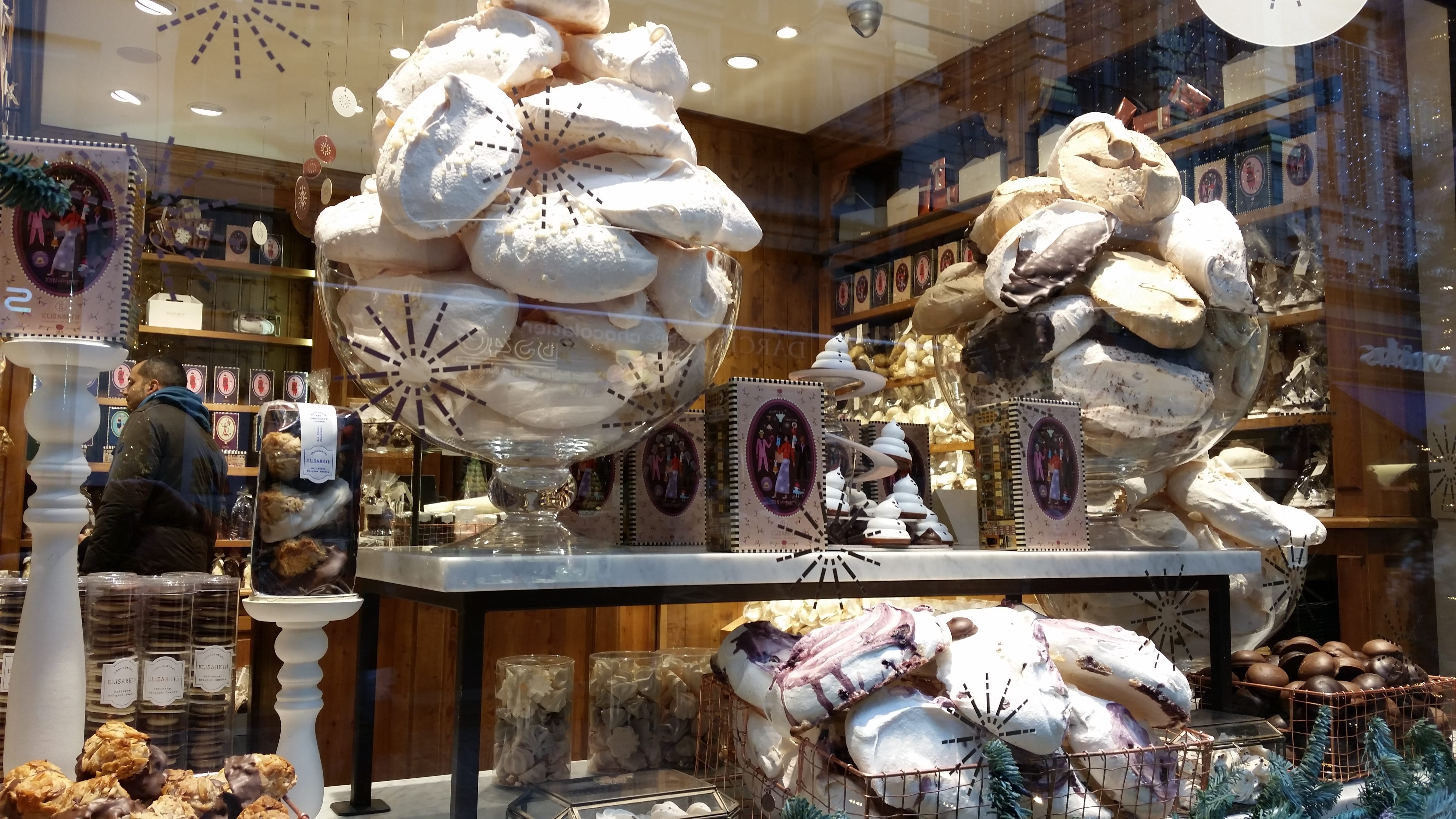 December brings with it a lot of different religious holidays, from Boxing Day to Christmas, and sometimes Hanukkah and Arba’een. Despite not following a religion myself, I’m fascinated by religious texts and celebrations, whether traditional or more contemporary interpretations. Perhaps it’s no surprise, then, that Mr. Pretty and I try to hit a Christmas Market every year.

They say you always remember your first, and it’s true that I have a soft spot for Brussels and its Christmas Market. The market stretches from Grand-Place down to the Bourse, the Place de la Monnaie, the Place Sainte-Catherine, and the Marché aux Poissons. It’s a big market, sprawling. In addition to 200-ish chalets selling art, jewelry, food, and drinks, there was a large section with amusement rides, including several gorgeous steampunk carousels. You might not think of steampunk with Christmas, but it was incredibly festive. 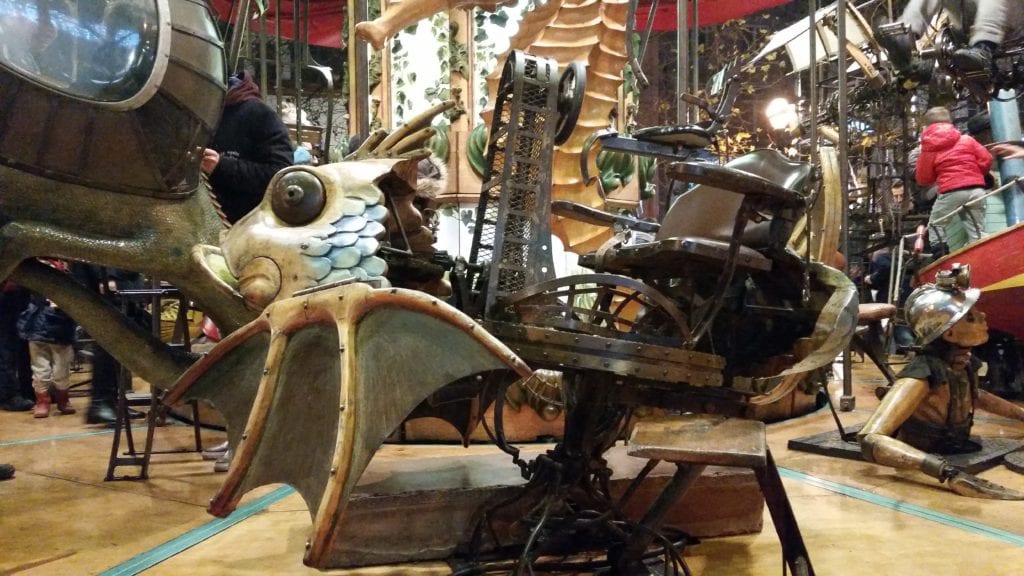 We did a very quick weekend nonrev trip (left Philadelphia on Thursday night, landed on Friday morning, spent Friday in Brussels, and flew back to Philly on Saturday afternoon), so the only plan was to visit the Christmas market. There’s more to see, of course–Brussels is lit up like a Christmas tree itself for the holidays. Mr. Pretty and I snagged a great apartment through Airbnb, only a street or two from Grand-Place. The charming, cobblestone street on which we stayed was strung with lights and ornaments.

It should be noted that at the time we visited, Brussels was under an elevated terror alert related to the Paris attacks in mid-November 2015 (the suspects were from Belgium). Only the weekend or two before we arrived, Brussels police had shut down the metro system and put the city on lockdown as they searched for suspects. There were travel warnings issued to avoid large crowds and to be wary of your surroundings, especially at events like the Christmas market. We didn’t know what to expect, but for all the increased security, Brussels didn’t feel like a police state. It was disconcerting to see police with machine guns every few yards, but it was all relatively unobtrusive.

The extra security certainly didn’t keep people from enjoying the market. After Mr. Pretty and I got settled at our rental apartment, we went on a chocolate hunt. Is it fair to call it a hunt when chocolate is so plentiful in the vicinity of Grand-Place? Of course you can find Wittamer, Neuhaus, Pierre Marcolini, and many other good chocolatiers, but my absolute favorite shop that we ran into that weekend is, without doubt, Elisabeth. The independent shop curates a stellar selection of artisanal chocolates and sweets from all over Belgium.

Those sweets include cuperdons. I’d come across their existence as I was researching in advance of our Brussels trip. These little candies are Belgian, but they’re available in France and the Netherlands as well; however, cuperdons have been recognized as an official regional product by the Flemish government (Flemish region in Belgium). So what are they? Purple, vaguely raspberry-flavored gum arabic shaped into the form of a cone. The inside stays liquidy, while the outside is firm. They are . . . well, not really my thing, but I was excited to have the chance to try them. As you might have guessed, they’re not widely available outside the region. Apparently, the insides tend to crystalize after about three weeks, making exportation not a real possibility. 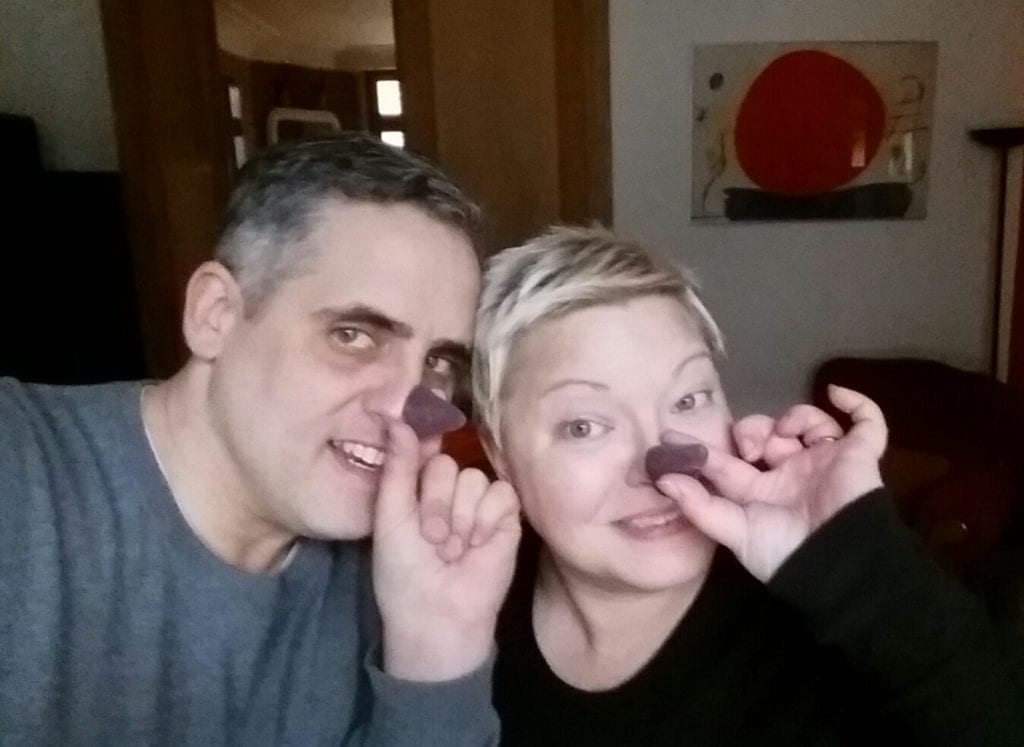 After we bought alllllll the chocolate and candy, it was time for a nap. Look, I’m a middle aged woman, yes, but an overnight flight during which sleep is elusive requires a cat nap if you’re planning on a late night at the Christmas market. Also, our Airbnb host left us a very nice bottle of Belgian beer and homemade Nutella, so a bit of a Belgian siesta was looking good. There’s no shame!

The real magic of the Brussels Christmas market happens after dark. It’s cold, you’re bundled up, people are happy. There are light shows projected onto Grand-Place and a few other buildings. It smells like sugar and friend food and snow. It’s exactly what you need to put you in a holiday mood. See the lights (click the thumbnail to embiggen):