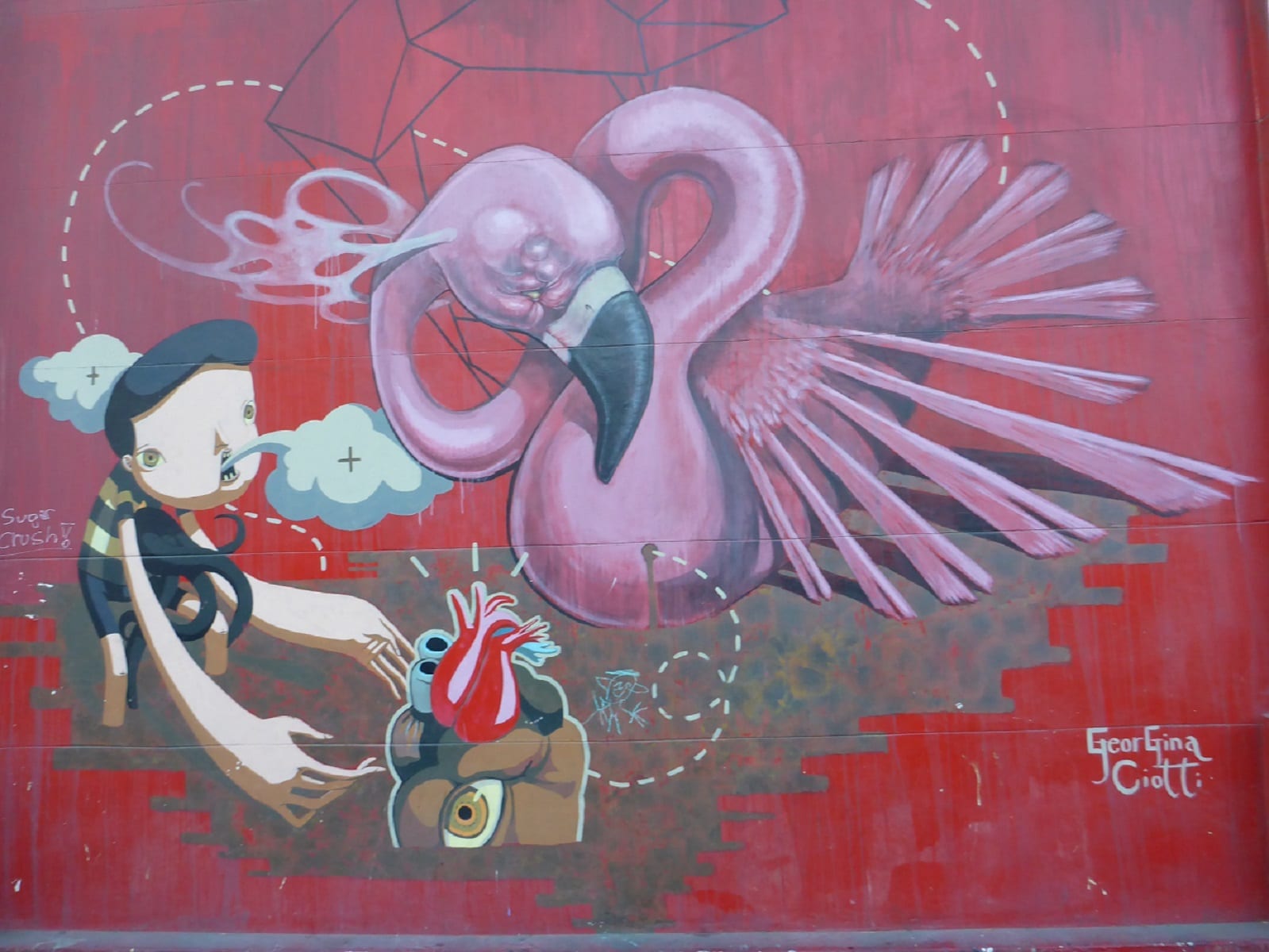 Philadelphia has a fascinating history of street art. I can still remember the first time I fell in love with the gorgeous tagging in the half-tunnel in which regional rail trains traveled into and out of 30th Street Station. Things have changed in Philadelphia since the 1990s; today true graffiti and street art have largely been replaced by a formal mural arts program that has left the city with the largest public art program in the country.

Whether legal or illegal, whether graffiti or formal art, I love it all, and so I always get excited about traveling to a place with a history of street art.

Before my solo trip to Buenos Aires in July 2015, I knew the city had a lot of street art . . . I just didn’t know the history. Luckily, I hooked up with Graffitimundo for a tour–the North City Tour, in particular. At $30 per person, the tour is a total steal. The walking tour begins in the Colegiales barrio and winds through Chacarita, Villa Crespo, and Palermo (sometimes involving a mini-bus to get to some of the locations). The guide provides incredible context for the work, but also gives a bit of historical information about how street art developed–primarily as a tool of political resistance against the military government and then later related to the economic collapse that was part of devaluing the Argentinian peso.

The street art in Buenos Aires is still overtly political in many cases, but it has also developed an incredible reputation, drawing fantastic artists from around the world–and particularly artists who are women. The piece below, for instance, is by Georgina Ciotti, an Argentinian artist who has worked with film directors like Pedro Almodovar, Peter Greenaway and Spike Lee, and was a conceptual designer on Guillermo del Toro’s movie Pan’s Labyrinth. If you’re familiar with the film, you can easily see Ciotti’s influence in the visuals. 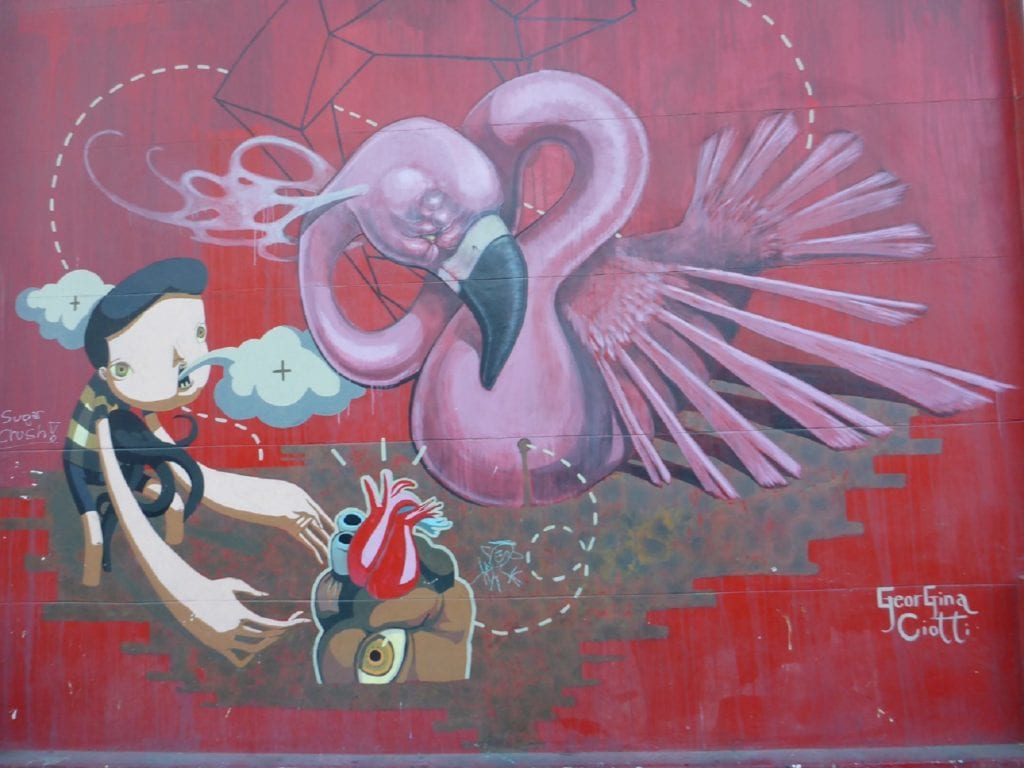 Did I mention that the world’s largest/longest Simpsons mural resides in Buenos Aires? A few other of my favorite pieces in the city (click the thumbnail to embiggen):

The Blue Lagoon of Disgust