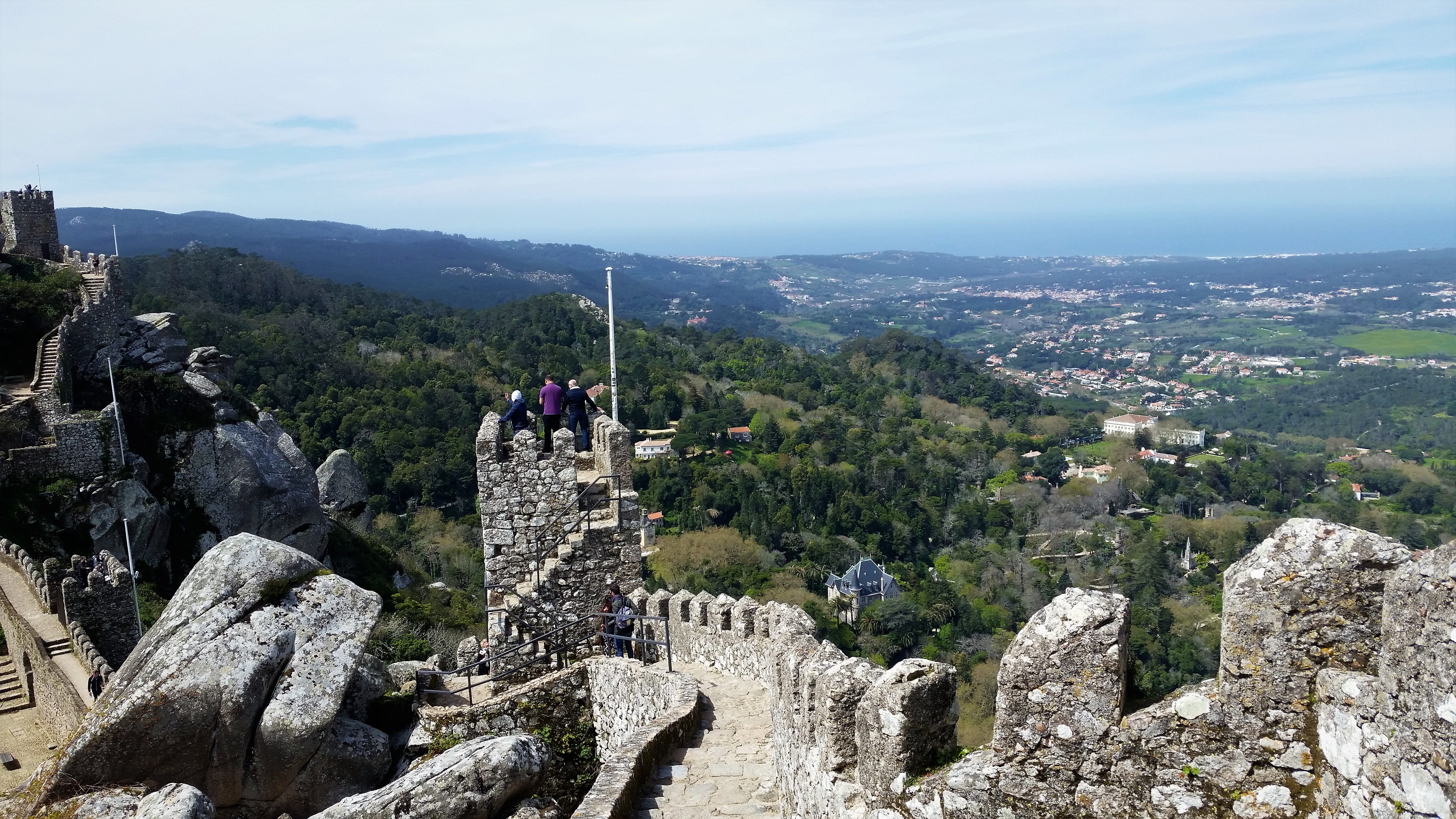 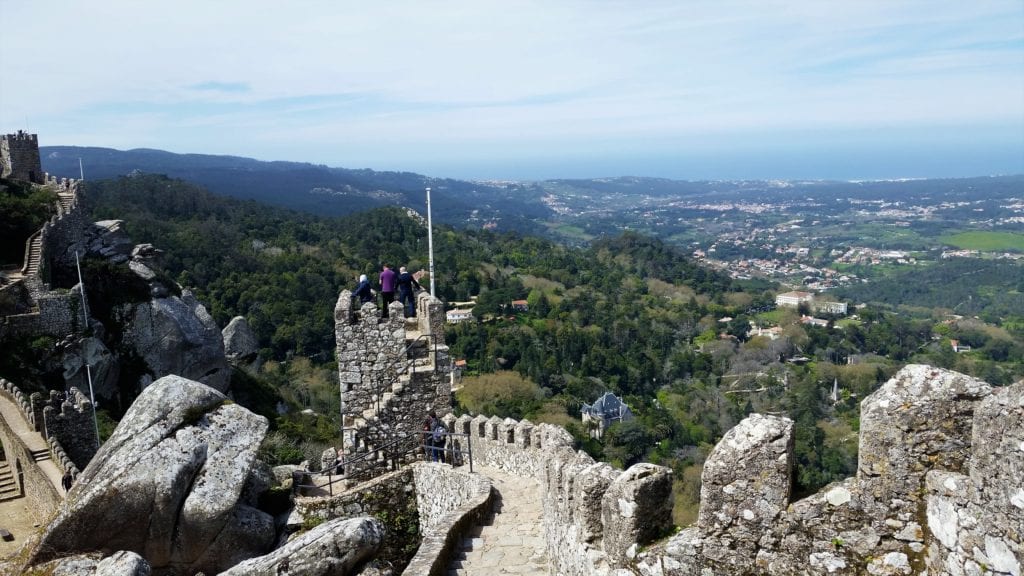 By the end of our week in Portugal, Mr. Pretty and I were convinced we might never walk again. Everything was uphill. Everything. In Sintra, especially, everything was up. The Castelo dos Mouros was particularly elevated. Steps, steps, and more steps.

Oh, and did I mention the very low lip on one side of the staircase, making it super easy to plummet to your death?

The Moors, who built the fortress in 8th and 9th centuries, were clearly made of sterner stuff. Or hell, maybe they ran out of granite. Regardless, Mr. Pretty had a delightful time making fun of me for hugging the taller wall on the outside of the stairways.

Of course, it’s hard to stay scared at a place as amazing as the Castelo dos Mouros. The views are incredible. It feels as though you’re so high up that you’re in the clouds, and it’s easy to see why the Moors chose that location. Having that kind of high ground certainly gives an advantage–you can see what’s coming for miles. In our case, it was tourists. Mr. Pretty and I were there in early April, just before the full-on tourist season, but there were a fair number of tourists heading up the mountain.

The history of place is fascinating, including even a brief rule by Norwegians and damage to the castle during the 1755 Lisbon earthquake. Happily, Ferdinand II of Portugal opted to repair the ruins in 1840, although it took nearly 100 years. The result is otherworldly.

Practical note: I recommend buying the combined Castelo dos Mouros-Pena Palace-National Palace entry ticket for 25 euros, which you can do online. Also, there are a variety of ways to get around Sintra and to the Castelo dos Mouros. Normally I’m not a big fan of Hop On, Hop Off buses, but in this case I think it’s worth doing–the HoHo bus has a ton of stops that are not easy to get to via public transit. 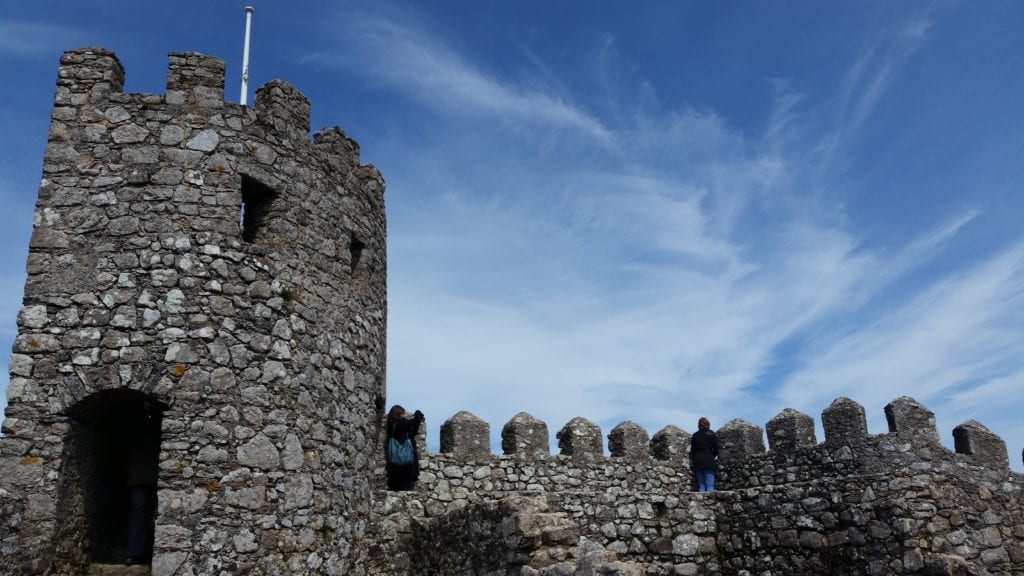 The Blue Lagoon of Disgust