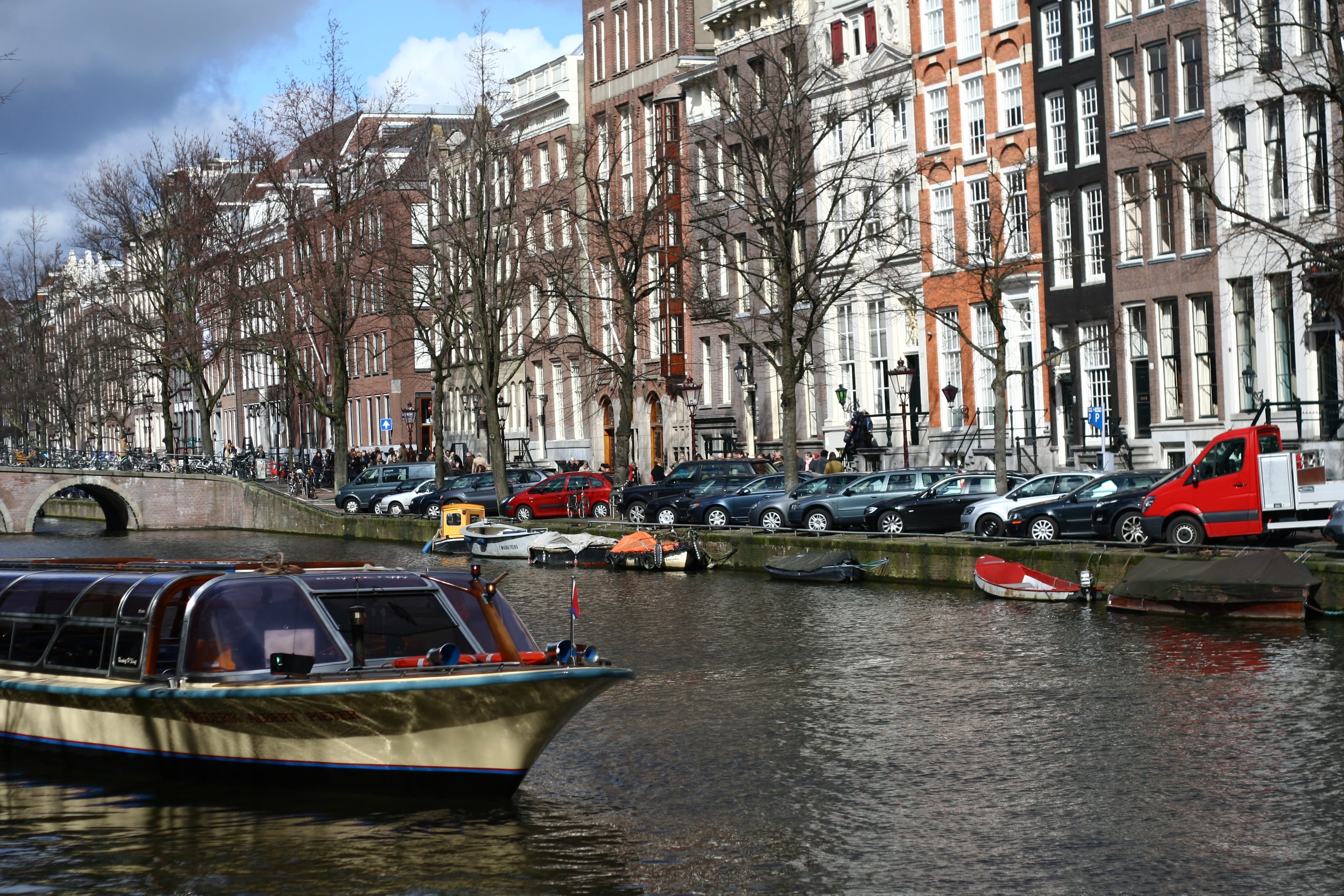 There’s something about a million tourists hearing the same tour that’s kind of off-putting. Look, I know that when I visit a new (to me) city, I’m seeing the same thing as everyone else. I’d like to think, though, that I’m experiencing it for myself. A recording that’s been heard over and over again makes me feel like I’m part of a McHoliday.

That said, I like boat tours that are marketed to tourists. It’s not the pre-recorded tour information, that’s for sure. Nine times out of ten, it’s stuff I already know anyway. Mostly I just like being able to see a city from a different perspective.

In the case of Amsterdam, it’s fun to see the system of locks on the canals, and there are details of the tunnels that you can’t see from above. The canal ring is also a UNESCO heritage site all by itself, so it seems a shame not to see them by boat. Throughout the whole of Amsterdam there are 165 canals and 1281 bridges. You won’t see even a fraction of them by tourist boat.

I have to say that the best part of the canal tour was being able to see into houseboats. You pass right by them, pretty close, and to see what the insides look like is fascinating. Some of them are barely more than floating garbage, but some of them are gorgeous. Maybe next time we head back to Amsterdam we’ll simply rent a houseboat and skip the canal tour.

There are at least five tourist boat operators in Amsterdam, and you can pick them up from any number of locations, from the Red Light District to the Museumplein and beyond. You can even find Hop On, Hop Off boats, which are a nice alternative if you have only a limited amount of time in Amsterdam. The tours range in price, but I think the one Mr. Pretty and I took was maybe 16 euros. It was also worth every euro–we’d been walking all day, and our feet were completely tired.

The tired feet thing, that’s definitely a good reason to enjoy a boat tour. Budapest is a classic example. Budapest, like Amsterdam, is an incredibly walkable city. And there’s so much to see. Too much. And when you’ve only got a limited amount of time in town, well, it’s a surefire ticket to sore feet.

The Budapest tour heads up and down the Danube, and it clocked in right around 13 euros. Of course, there’s an amazing view of Parliament from the boat tour. But you can just as easily get the same view from the Buda side of Budapest (although I did love seeing the Shoes on the Danube exhibit near Parliament from the Danube, just to see it from a different perspective). One of the better sites visible from the boat is Sziklatemplom, or the Cave Church. We did spend a fair amount of time near Buda Castle, but we didn’t get up to Gellért Hill–even still, I’m not sure we would have had the view of the Cave Church that we did from the middle of the Danube.

Each one of these tours lasted maybe an hour or two, and it really was a nice way to see Budapest and Amsterdam from their famous waterways. You just have to ignore the pre-recorded tour.