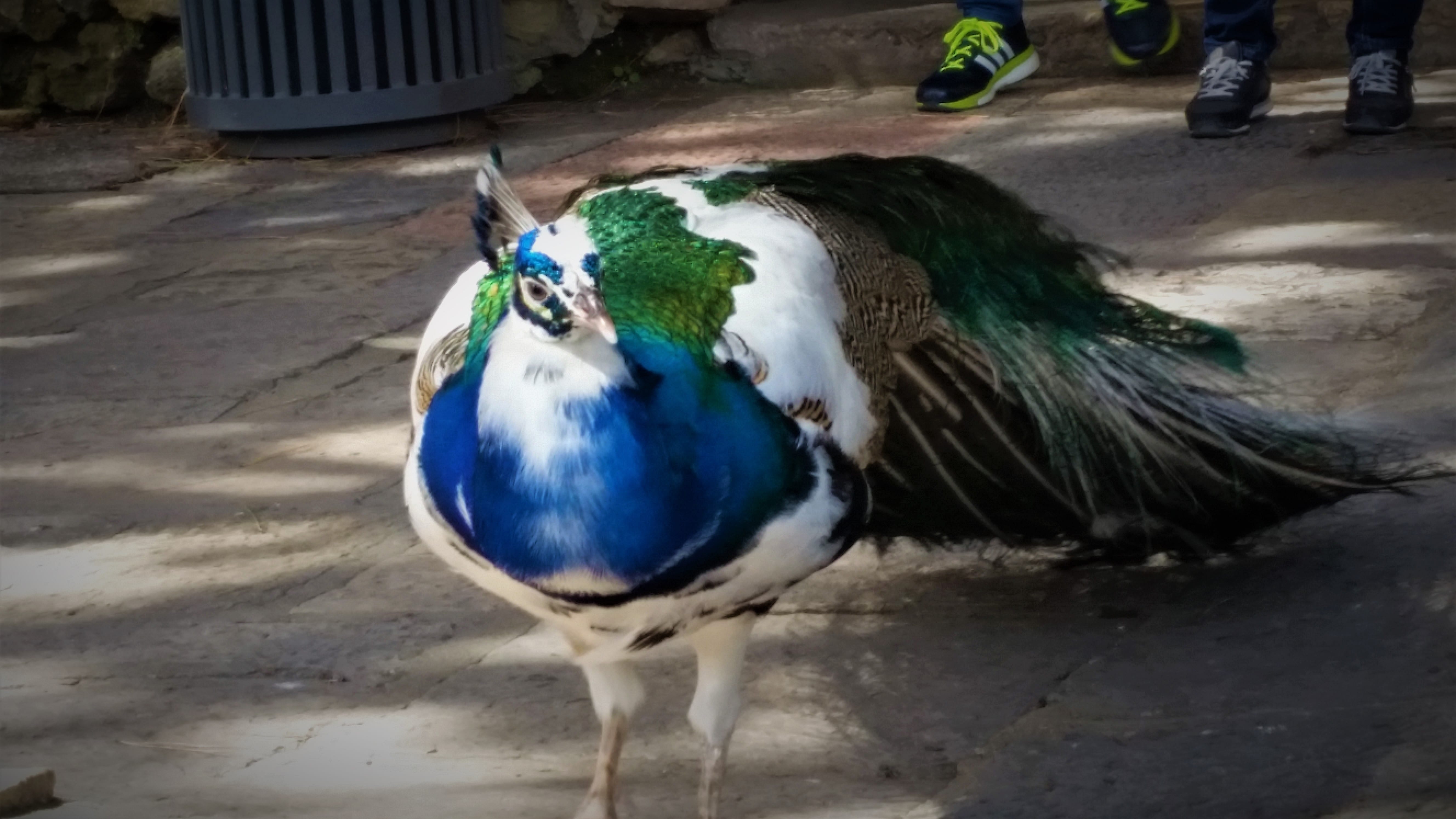 Not to boast, but I’m lucky. Not in that great “I’m a lucky charm” kind of a way–hell, my mother-in-law won’t let me stand within a 40-yard radius of her at a casino because I am decidedly unlucky in that capacity. Put me next to a slot machine, and you’ll blow through $40 in quarters with nary a single win. However, unexpected good things do fall into my lap now and then.

I can tell you with certainty that it has nothing to do with birds pooping on me, despite popular lore. That said, I do seem to attract regular shattings-upon by birds. And almost always while I’m traveling.

The last time was when we were in Lisbon in April last year. The Castelo de São Jorge is a lovely Moorish castle that sits on what might be the highest hill in the city. It affords an unbelievably gorgeous view of Lisbon . . . and for some unknown reason, there’s a flock of wild peacocks on the grounds of the castle. It’s not like they’re native to Portugal, and no one has yet been able to tell me why peacocks hang out at the castle. So yeah, totally mysterious. 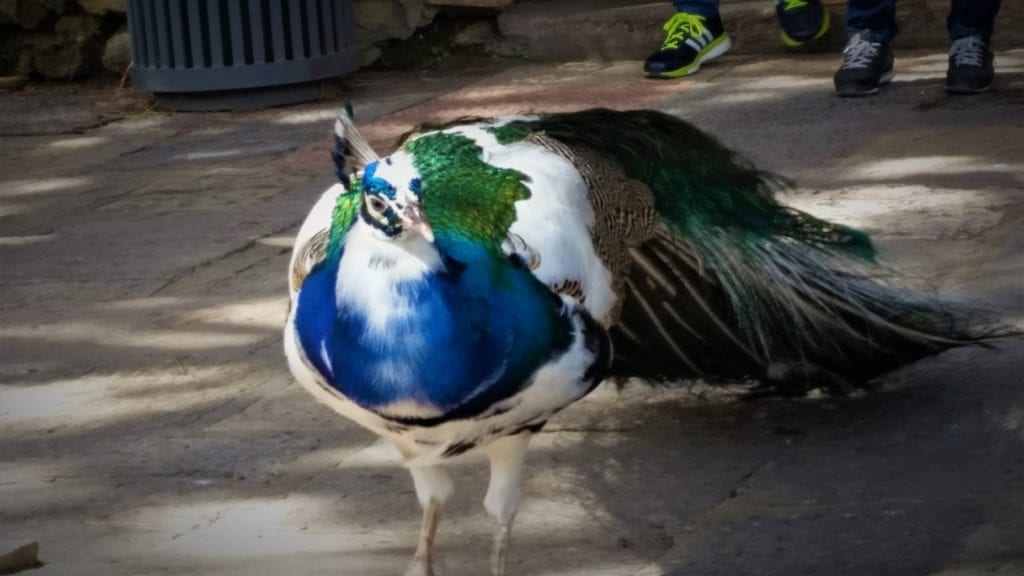 Also, the day we were at the castle, I learned that peacocks can most definitely fly. It never occurred to me that the could–I mean, look at them. How do they get airborne with all those giant tail feathers? But trust me, they fly and enjoy treeing themselves, possibly for the express purpose of pooping on unsuspecting tourists.

Mr. Pretty and I only wanted to take a bit of a break with a few beers in the little cafe courtyard. And then, blam! A big honking streak of white droppings on my navy blue cardigan. I let loose an irritated curse and glanced up. A very self-satisfied peacock smirked back at me.

Mr. Pretty was kind enough to go snag some water and napkins for me and even helped clean up my sweater. That’s love right there, people.

Alas, Mr. Pretty was not with me during my last trip to Paris when–again–an evil bird targeted my cardigan. A yellow cardigan that time, as I recall. 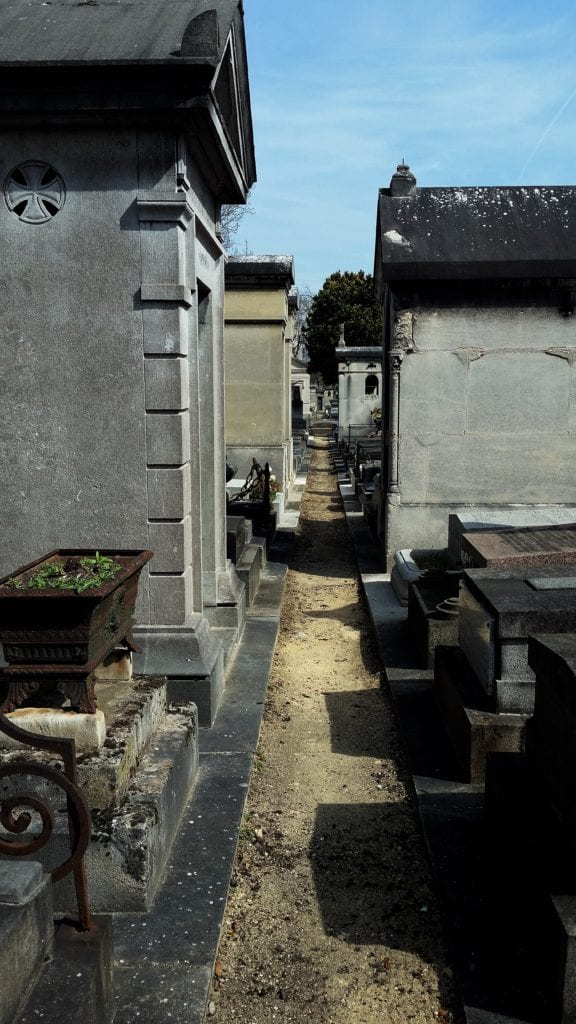 It was the sort of day where nothing could go wrong. Spring in Paris. A perfect blue sky. The perfect temperature. And I was wearing an outfit that made me feel sophisticated and, well, Parisian. I had just spent a few hours wandering around Montparnasse Cemetery and was heading back to the hotel to meet my travel partner for the weekend, an old friend from my hometown.

And then, blam! Bird poop on my happy yellow sweater. Smelly bird poop at that.

Unlike Lisbon, though, I became immediately suspicious of foul play (no pun intended). Look, I’m not saying that a wayward bird hadn’t really pooped on me. I do attract bird poop. That said, Paris is known for tourist scams–including a bird poop scam.

The gist is that an unscrupulous person will squirt you with a smelly concoction of something that looks like bird poo (without you knowing, of course), tell you that you’ve been the victim of a hit and run shatting, and then help you clean up . . . and while you’re distracted, this person’s partner will steal your bag or pickpocket you. It’s apparently more prevalent in South America–particularly Buenos Aires–but it happens in Paris, too (and probably anyplace there are tourists and criminals).

Anyway, the second the bird poo hit me, my head immediately went to the bird crap scam. My perfect day morphs into one where I am the lead detective in one of those cheesy crime shows, and I’m sure that everyone around me is the culprit. I’m stomping down the street, studiously ignoring the bird poo running down my shoulder. I’m glaring at anyone who comes near. I’m ready to make a citizens arrest. Fear me, for I am the American on a Mission of Justice!

Were I an actual criminal, I wouldn’t have approached me, either. I probably looked insane. And it only got worse, because whatever bird–real or manufactured–dropped a load on me, he was clearly ill. It took forever to get the stain out of my sweater, and then my sweater never quite dried under the hotel hair dryer, and I had to head out to meet my friend wearing a damp sweater . . . because you know I pack light, and I didn’t have enough stuff with me to waste an outfit.

So how do I know these incidents were not catalysts for luck? I suppose I don’t. Not really. But I’d like to think bird poo can never truly be lucky.

What Memories May Come