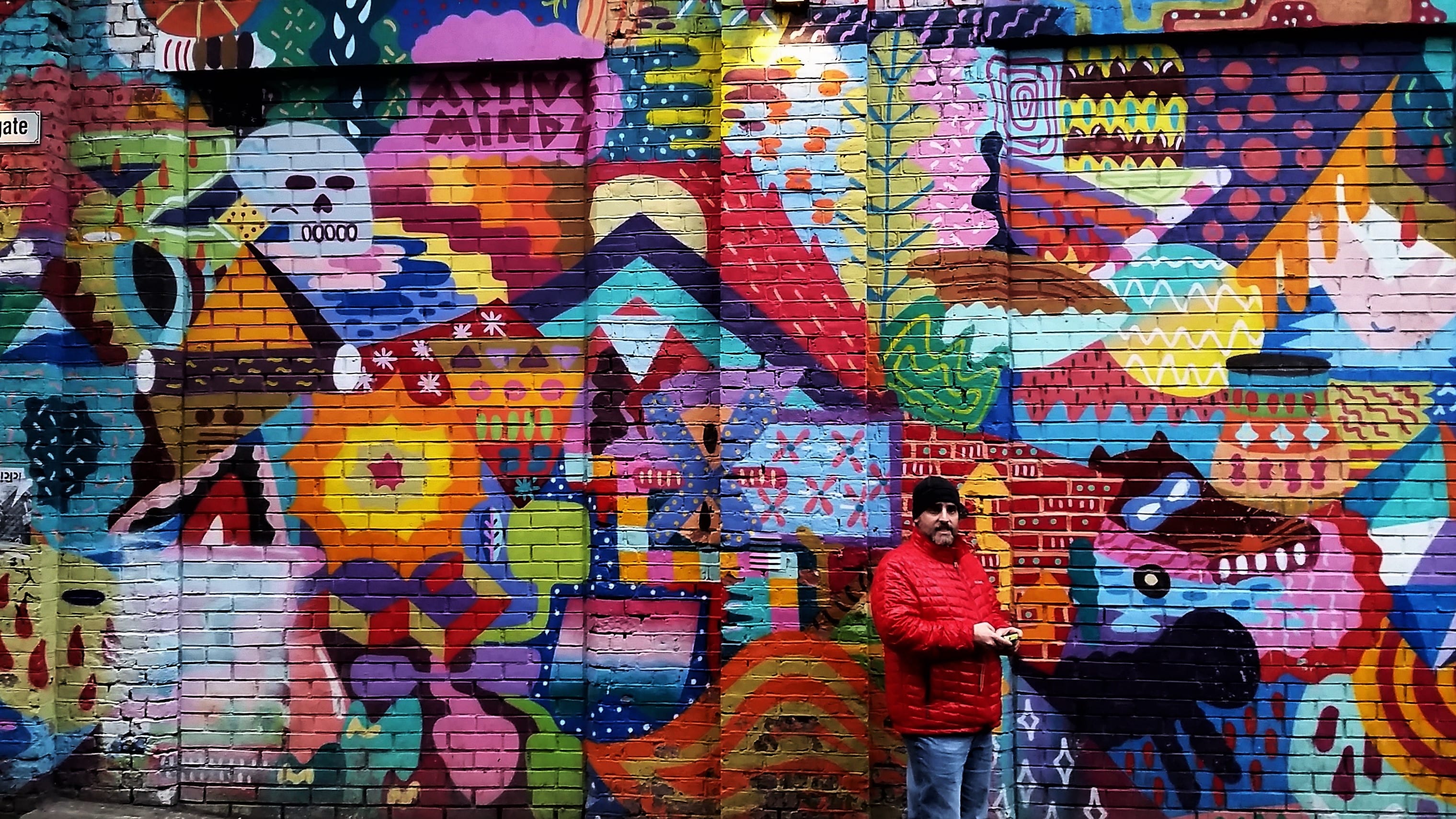 I didn’t realize until I was writing this post, but my trip to Oslo involved a lot of art. Beyond the obvious–like seeing The Scream at the National Museum–and even beyond visiting Vigeland Park and Grass Roots Square, there was Ingens Gate and the surrounding area, full of wonderful street art. No one ever describes Oslo as a mecca for art (at least I’ve never heard anyone do so), but for me it really was. 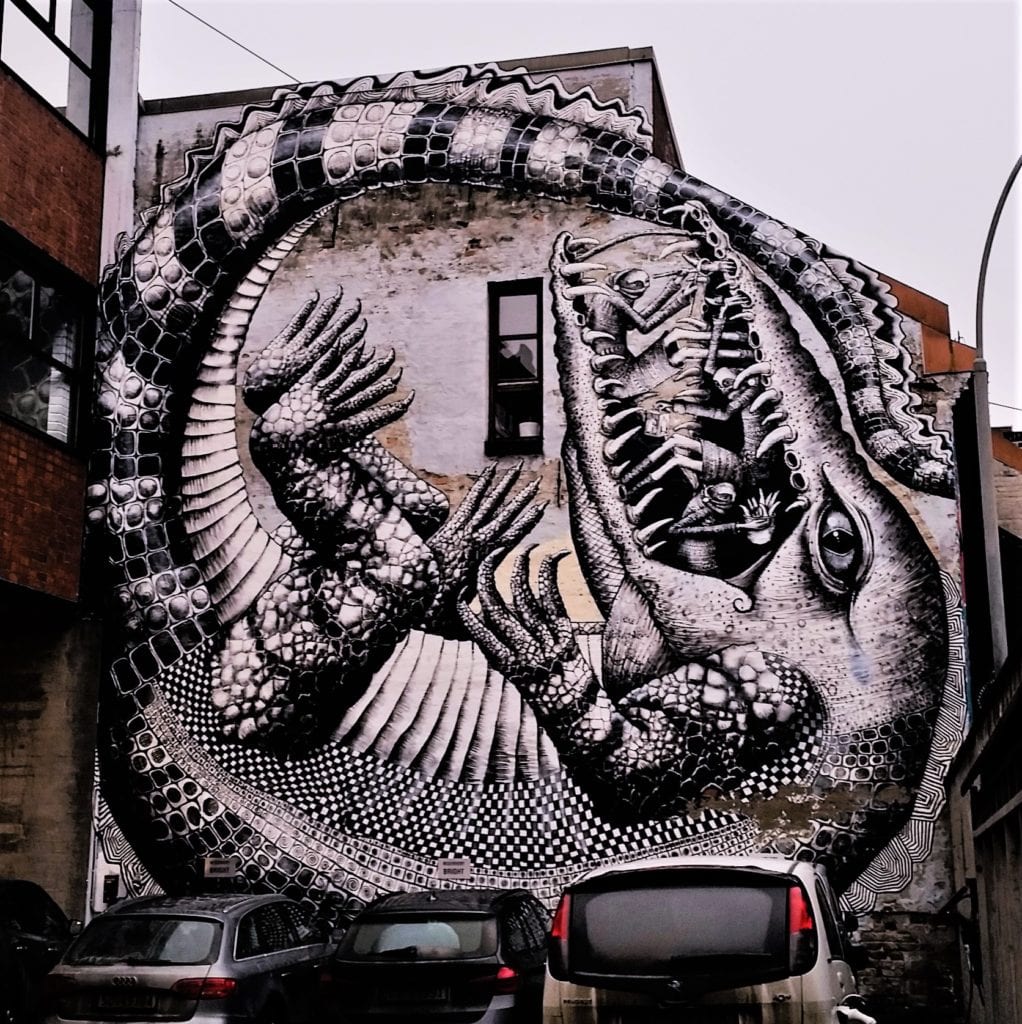 Maybe it helped that Mr. Pretty and I stayed at Scandic Vulkan in the Grünerløkka area, which is apparently hipster central and is also less than a five minute walk to Ingens Gate (which, by the way, translates to “nobody’s street”). I’m not one who believes that hipsters bring art; rather, it seems like good and interesting art attracts the hipsters. Regardless of which came first, the art is gorgeous, like this large-ish piece on the side of a building right around the corner from Ingens Gate proper.

The alligator reminds me a bit of Montreal street art–there’s a certain aesthetic they have in common that I’ll never be able to adequately explain. While this piece is purely black and white, much of the work is very colorful . . . and that reminds me of the street art in Amsterdam on the Spuistraat. There were pieces that reminded me of some art I saw in Buenos Aires as well. All that to say that Oslo’s street art, of course, shares commonalities with other cities’ art, and yet it’s very uniquely Norwegian. There’s a particular attitude and energy, and let’s just say that it didn’t surprise me when Norway was announced as the happiest country on Earth–certainly, some of the more official art, the kind that’s housed in galleries, are a bit darker and more morose, but the street art is something else entirely.

What Memories May Come

St. Martin: On Sweat and Relaxation