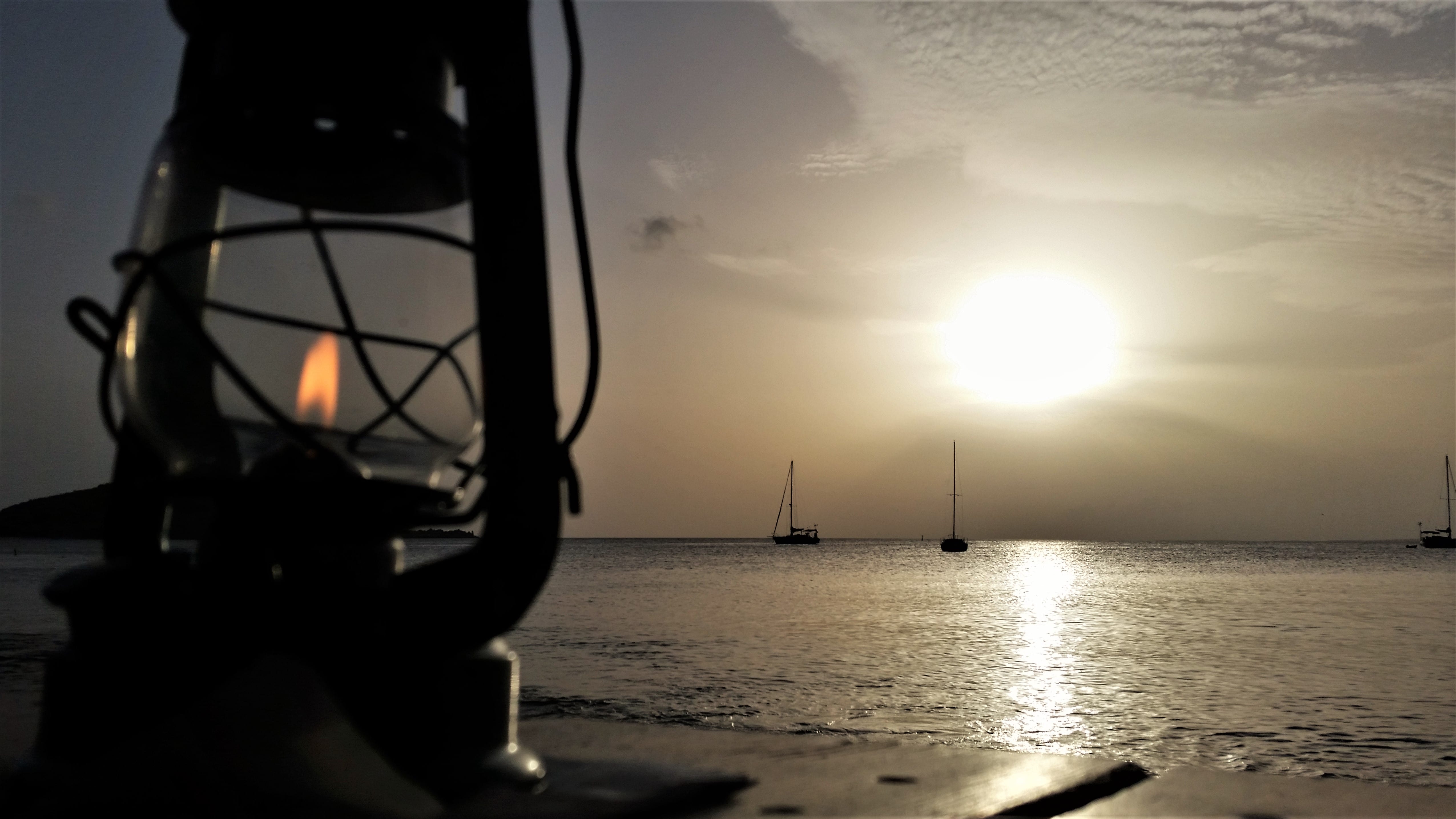 St. Martin: On Sweat and Relaxation

Let it be known that I’m not very good at beach vacations. Despite many summers spent on the Schuylkill River in a dragon boat here in Philadelphia, I remain ridiculously pale with a tendency toward burning to a crisp (even under five layers of extra strength sunscreen). There’s also my hatred of sweating while touristing and my inability to simply do nothing. But I’m not a tyrant, so when Mr. Pretty begged for a beach vacation in the summer of 2016 I found some available seats on a flight to St. Martin, and off we went.

My first impression of St. Martin in June was one of overwhelming humidity. It was as though I’d stepped into a giant, sweaty armpit. A beautiful armpit, but an armpit nonetheless. We flew into SXM, the main airport on the Dutch side, but rented our car at Grand Case airport on the French side of the island.1 I very vividly remember standing in line at the Sixt rental bungalow, just pouring sweat and worrying that I might pass out before we got our car.

Mr. Pretty, of course, was in his element.

Look, I’m not going to tell you that I magically acclimated and managed to traipse around the island in a cool cloud of white linen. That didn’t happen. I was a soggy, smelly, burnt mess the whole time we were there. Despite that, I found St. Martin quite charming. Not in that “gee, isn’t his quaint” colonial kind of way. Not in that “I could see myself living here” kind of a way, either. There are too many negatives–the incredible poverty and the clear racism and classism that exists, just for starters. 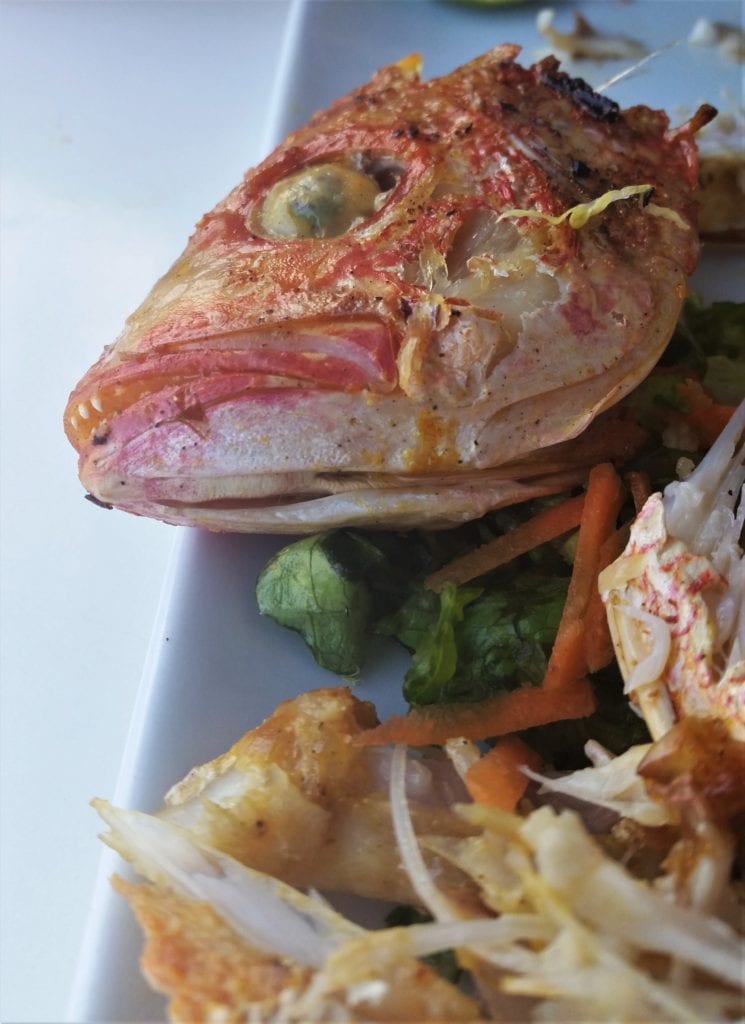 Maybe it’s just that things felt simple for a few days. There were a limited number of places to go. Driving around the entire island, both the Dutch and French sides, takes maybe an hour. People are nice. They’re friendly. They let me speak French without immediately launching into English because my accent and grammar are so terrible.

The food was very good and very uncomplicated–I bought cheese, pate, and water crackers at the grocery store . . . a bottle of good wine . . . and then there were fish and shellfish at lolos (informal casual restaurants) and more formal restaurants, always seemingly sitting on the beach with my toes in the sand.

There was a lot of sitting on the beach with my toes in the sand–usually with a drink in my hand, because we stayed at the non-nudist resort end of Orient Beach. The whole stretch has over half a dozen beach resorts where you can rent a chair and an umbrella for the day, which comes complete with a guy who delivers drinks to you on the regular.

It’s hard to be anxious when there are endless mojitos and an ocean so clear and turquoise that it looks fake. Admittedly, I still couldn’t entirely relax. I think I read at least two books every day we were in St. Martin. But Mr. Pretty said I looked relaxed, so I guess I faked it well enough.

1. You might be wondering why we rented a car at Grand Case airport instead of SXM. There’s a bit of an epidemic of people breaking into tourist rental cars, so it’s useful to be as inconspicuous as possible, right? Cars rented on the Dutch side of the island have an “R” at the beginning of the license plate to denote that it’s a rental, while cars rented on the French side do not. And that’s why rented a car on the French side.↩ 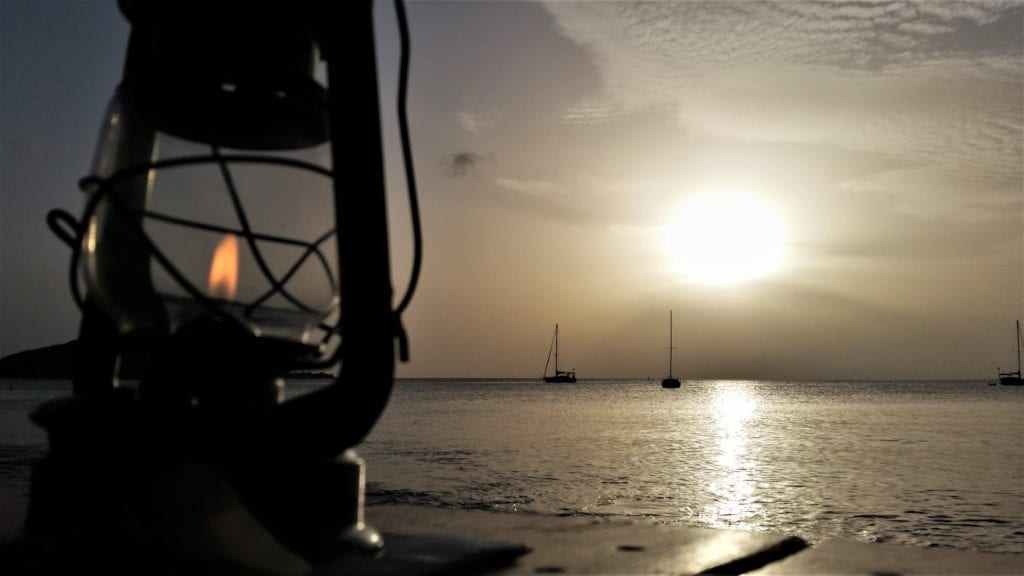