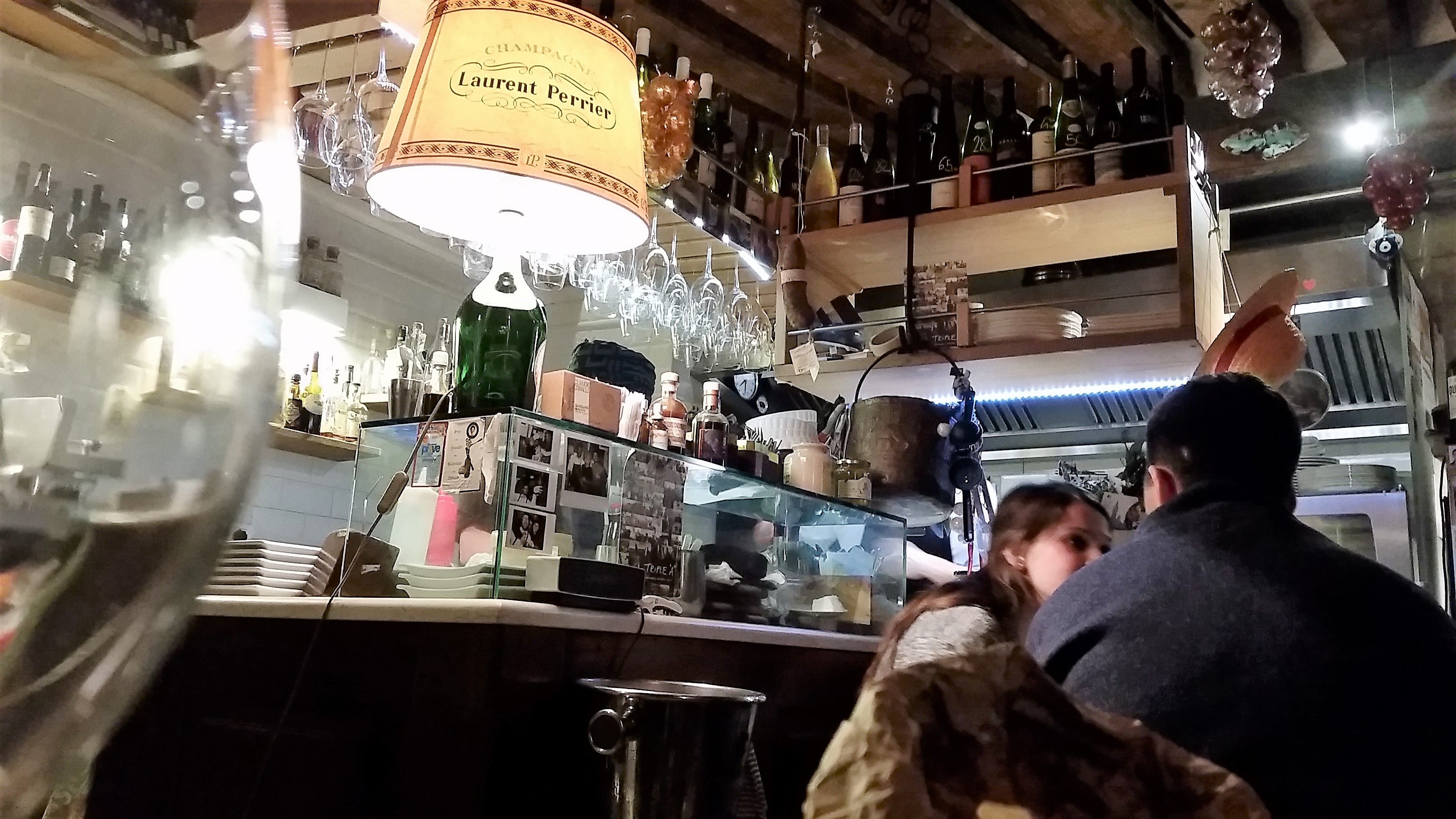 Let us discuss the state of food in Venice. Like a lot of cities that depend largely on tourism, food in Venice can be dismal and overpriced. Shocker, right? I’ve heard stories about rubbery pizza, lasagna heated up in a microwave, and seriously substandard gelato. And then there’s the massive upcharge for sitting at a cafe on the Grand Canal. A 30 euro cappuccino? Yeah, no thanks.

And look, I sort of get it–often enough tourists don’t appreciate decent food and maybe this is their once-in-a-lifetime trip, so they’re blowing all the money they saved up like it’s water. If you can get away with serving up shitty food and massive prices, why wouldn’t you? Plus, the places that are easy to get to/to find . . . the high prices are almost like a tax for not making an effort.

Me, I’m thriftier than that, and I have taste buds. In a place like Venice, I just have to work a little harder to find the good food. I don’t mind making the efforts. The result? Well, I didn’t have a single bad meal in Venice. My suggestions:

Estro. Estro was the best meal I had in Venice. This little wine bar is in Dorsoduro, and it was fairly easy to find using Google Maps. Take the vaporetto to the San Toma stop and get walking. I easily nabbed a table without a reservation for lunch, but you may need one for dinner. So what makes Estro so special? The food, for starters. The menu is relatively small and changes regularly. I had a primi called, on the menu, Asparagus and Eggs: bruschetti topped with a ricotta cream, topped with perfectly cooked green and white asparagus, topped with a perfectly poached egg, topped with a Parmesan chip. Did I mention that May is smack dab in the middle of white asparagus season for Venice? The dish was heavenly. Seriously. I could eat it all day, every day. Secondi was cuttlefish in its own ink sauce and polenta. It was very good, but the star of my meal was the primi. So good. The waitstaff was also amazing–my server made suggestions about wine for each course which were right on the money, and he was incredibly attentive. There were actual Italians in the restaurant as well, which is always a good sign.

CoVino. You will need a reservation here. Period. It’s a tiny place with 7 two-top tables and an open kitchen. It gets raves about its role in the Italian Slow Food movement. Well-deserved raves, I might add. 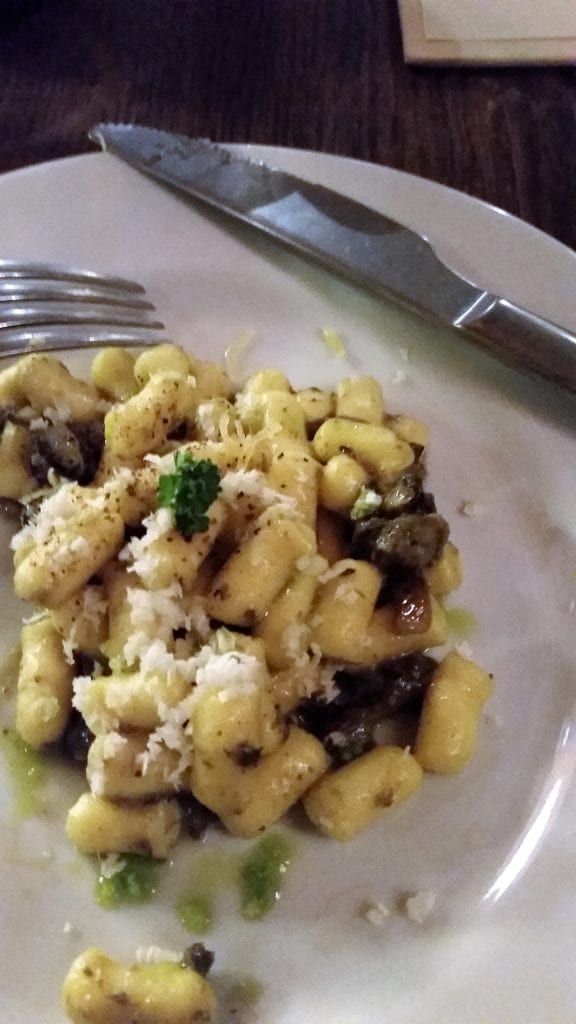 And it’s incredibly affordable–a three-course meal for 40 euros. The primi I chose was an unbelievably good lemon gnocchi with Adriatic murex (a tropical sea snail similar in taste to a small clam) and parsley. My server described the murex as a “difficult taste” for Americans while I was asking for his help on choosing, which I never did come to understand. I thought they were quite delicious. It was the gnocchi that caught me, though–the lemon flavor was distinctive, and the texture was a little harder than I’m used to in gnocchi. I kind of wanted to watch them chefs make the gnocchi, but no doubt they didn’t make them on the spot. I might experiment in the kitchen to see if I can replicate the dish. Secondi was a less interesting dish: the guinea fowl with locally grown artichokes, carrot puree, and truffle. Don’t get me wrong–it was good, but not stellar. The artichokes were excellent, though. And for dessert was CoVino’s cassata: buffalo ricotta cream with almonds, pistachio, candied fruit, and chocolate nibs. Also very good. Service was excellent, starting with a glass of their organic prosecco, a brown paper bag of bread, a small pitcher of water with lemon and mint, and a small container of shaved vegetables to snack on. Oh, and for another 25 euros or so, there’s the four-glass wine tasting menu, which I opted for. The server explained each wine to me, how it was grown and where, etc. The wines were absolutely interesting and unusual–and were it easier to fly with wine, I might have brought home a bottle of each.

I did try to catch dinner one night at El Refolo, but it was absolutely packed . . . so I opted for a restaurant on the next block. Via Giuseppe Garibaldi is one of the wider streets in Venice, lined with small shops and osterias. It was a crapshoot, but Osteria Garanghelo ended up being serviceable, although slightly overpriced. Primi was a spaghetti with a good pesto sauce, with a secondi of mixed fried seafood (very fresh). The house wine was perfectly fine.

My advice: if you don’t have the time or energy research what’s good, look for good food far, far away from the tourist hot-spots. Get impossibly lost and then find a tiny restaurant that’s almost hidden and filled with Italian people. It’s the only way.