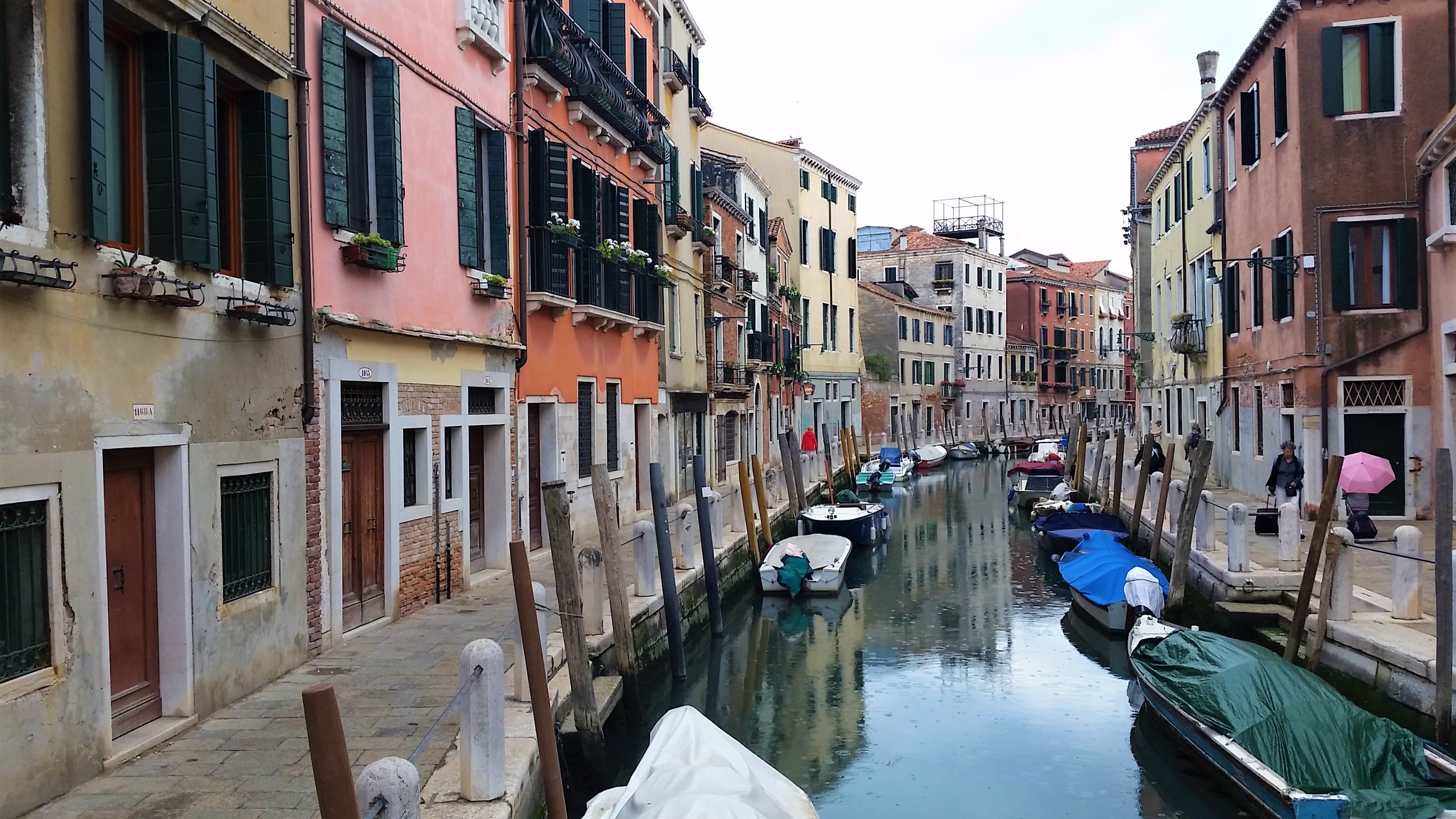 About a million years ago I had a college class about water–water in New Orleans and Venice, specifically. Both had issues with water. Both had their critics who questioned whether these cities should be saved, given inherent water issues and the inevitability of climate change. And I wrote a final paper comparing and contrasting the way marketing professionals and fiction have shaped these cities’ reputations as sinking, doomed places that are romantic and mysterious.

I visited New Orleans for the first time a few years ago, and now having had the chance (finally) to visit Venice, it’s interesting to see what’s true and what’s not in terms of public perception. Both cities really are tied up in water, but for slightly different reasons. I don’t necessarily connect water and New Orleans (except for the flooding that occurred due to Hurricane Katrina) on the regular, but it’s impossible to picture Venice without also picturing its canals and lagoon. I mean, I knew there were no motorized vehicles in Venice. I knew it. But knowing and seeing it are two different things. It’s kind of nuts. 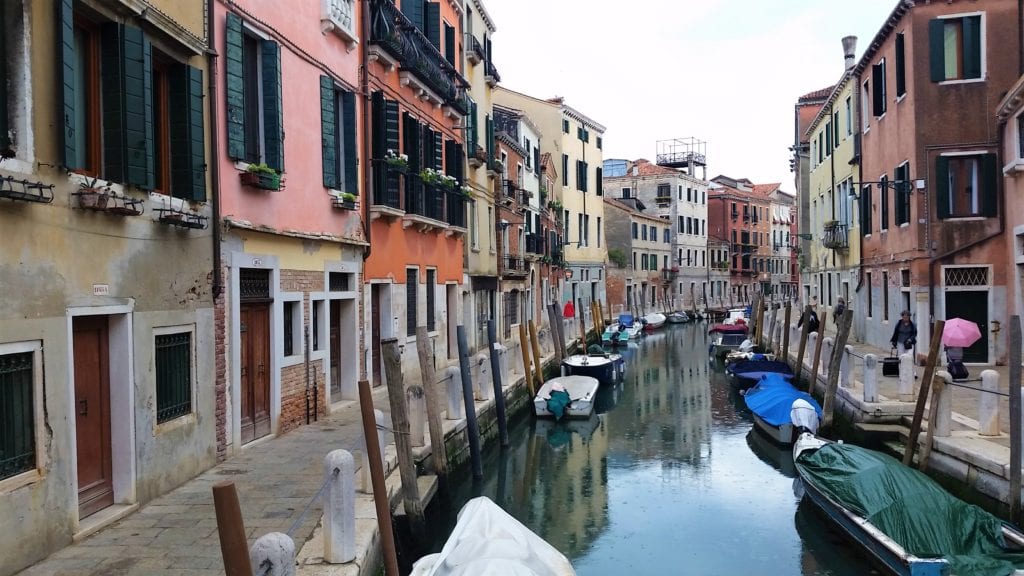 Venice is very walkable (navigation issues aside, which is a post for another day), but it’s difficult to rely on your feet entirely. The Grand Canal is 2 miles long, which doesn’t seem that bad, but you can’t actually walk along the Grand Canal for the entire length because there’s no direct route. By the time you walked the full length, you’d probably end up walking more like 10 miles, what with how much you have to out of your way to find the right bridges, etc. To save your feet, there are the vaporettos, which are essentially like city buses. They sail up and down the Grand Canal to various points, as well as around the perimeter of Venice. 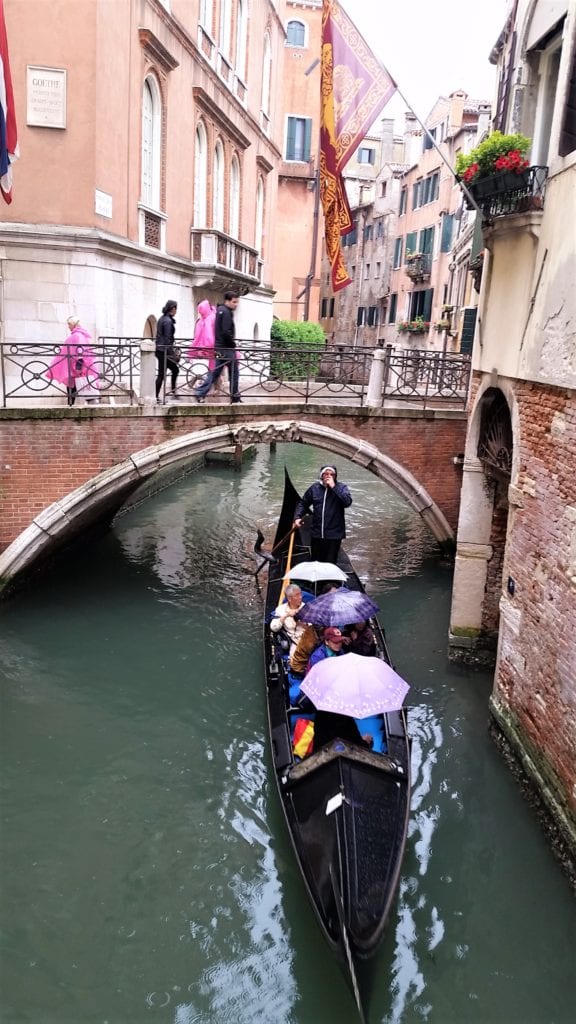 I ended up with a two day vaporetto pass, which is unlimited and costs 30 euros. That was perfect, though, because I used the vaporettos CONSTANTLY. Maybe 30 euros for two days sounds expensive, but considering a one-way ticket is 7.50 euros, it’s a total steal.

Beyond that, there are traghetti. These are gondola-esque, but they’re not aimed at tourists, and there are two oarsman instead of one. Rather, they’re used to cross the Grand Canal at various points where there isn’t a canal-spanning bridge in the vicinity. Passengers typically stand rather than sit, like you would in a gondola. The cost? Two euros per trip if you’re not a Venetian (unless you purchased the VeneziaUnica Pass for Frequent Users, which means you can pay 70 cents per trip, like residents).

You can also catch a water taxi, but they’re way expensive. A cheaper (but slower) way to get back and forth to the airport is the Aliluguna water bus.

Obviously, there are gondolas, but as someone who has lived and worked in an historic city–and I worked for a while very close to the Liberty Bell–I associate gondolas with horse drawn carriages and duck boats. In other words, cheeseball tourist stuff. It’s also pricey: 80 euros for about 40 minutes.