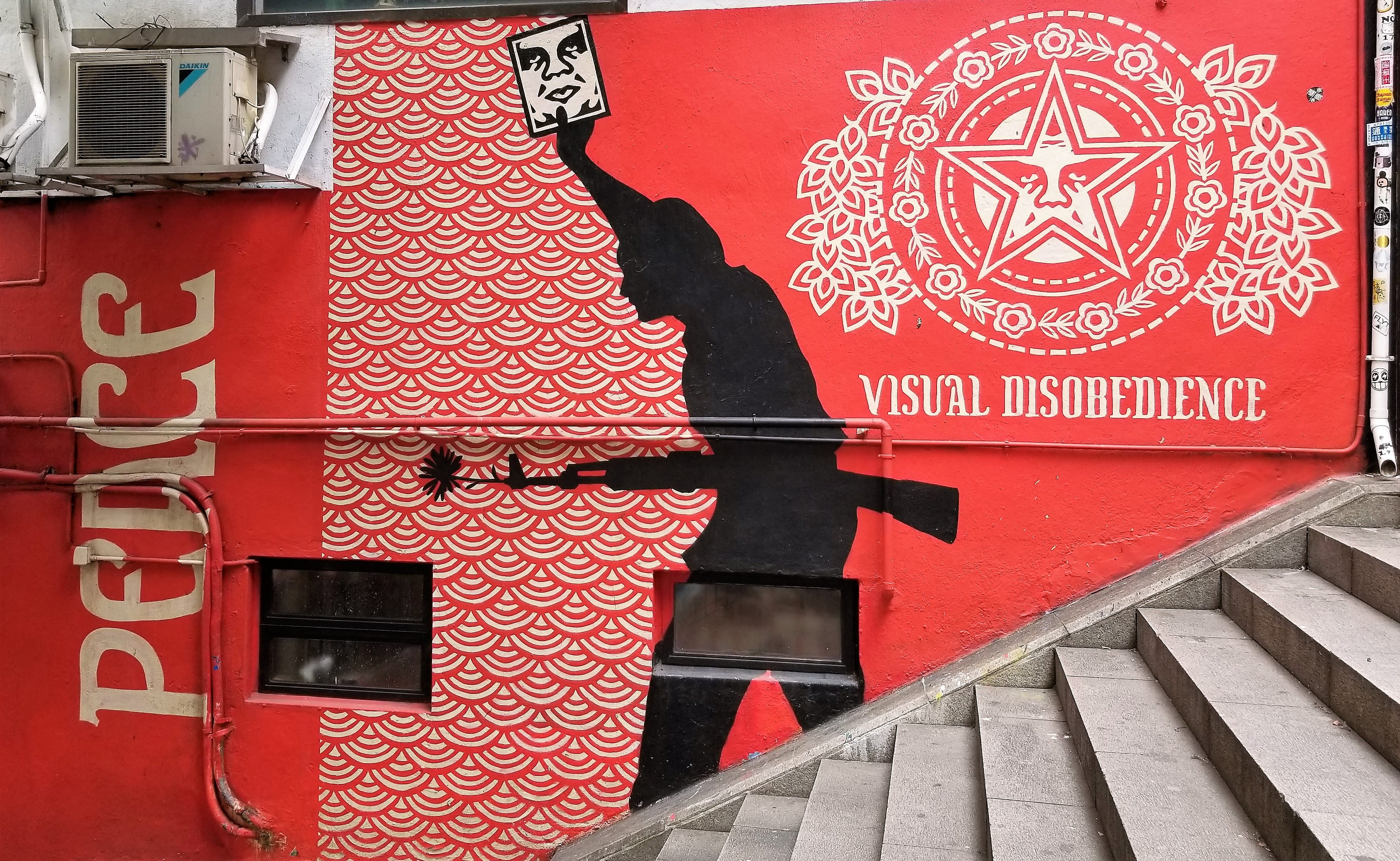 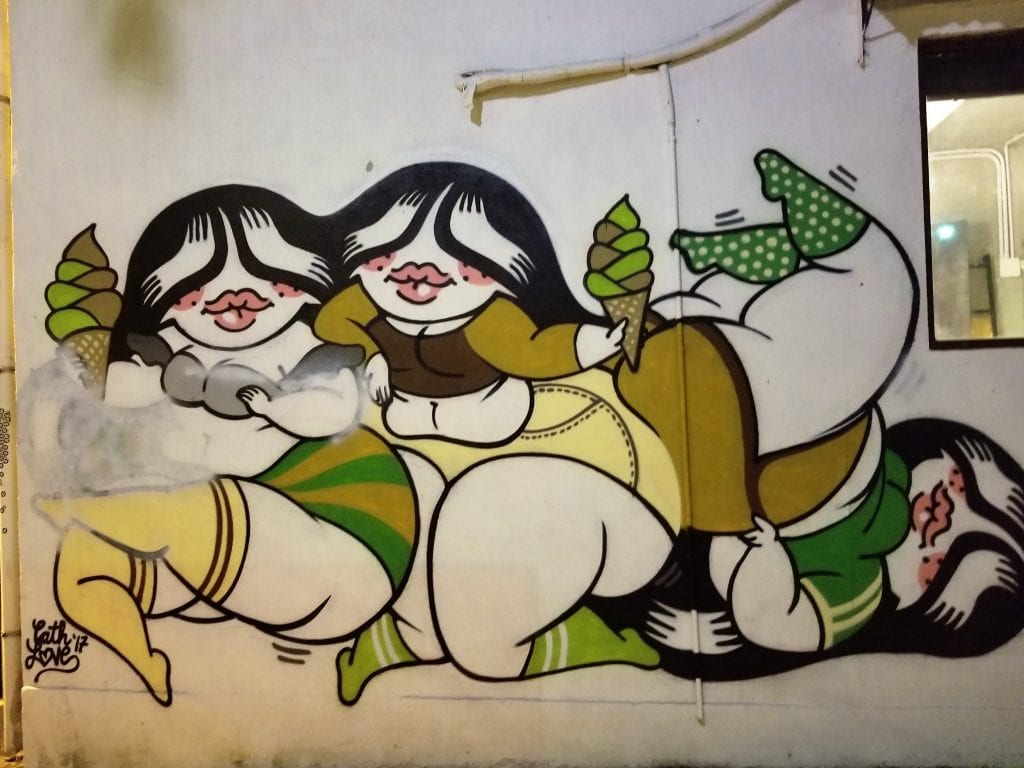 Street art is considered vandalism in Hong Kong–unless you have the express permission of the building owner on which you’re making art. Gary Wong Pui-fung, a sociology lecturer at the University of Hong Kong, indicated that relaxing the laws that could get you a fine of $500 HKD or three months in prison wouldn’t be smart, though: “Street art contains an element of resistance. It would render the art form meaningless if we relax the law.”

Nearly every city I’ve traveled to in the last several years has had a meaningful street art tradition, and Hong Kong–legal or not–is no exception. HKWalls even holds an annual street art festival each March in the city, an event that adds to Hong Kong’s street art collection. Because Mr. Pretty and I were both sick while we were in Hong Kong, we didn’t get to take a street art tour or seek out some of the more famous pieces in Kowloon and other parts of the city, but our Airbnb apartment in Poho was near a ton of street art. We only saw a portion of it. 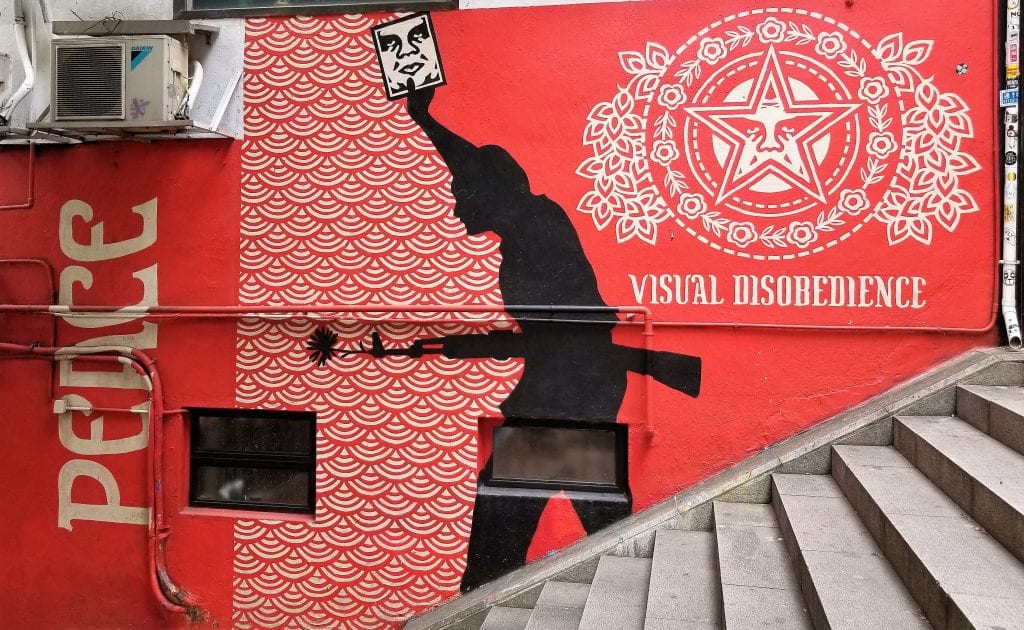 As China attempts to crack down on Hong Kong and make it more Chinese, street art will likely get more obviously political. That’s not to say that street art doesn’t exist in mainland China–it does, and it has a rather politically revolutionary history all by itself in the form of propaganda graffiti in the 1920s. Today much the existing graffiti avoids pointed reference to politics because of the danger of being jailed or disappeared–but some pieces do comment on the government very strongly.

All that said, while some of the street art in Hong Kong included political statements, mostly it was just gorgeous.