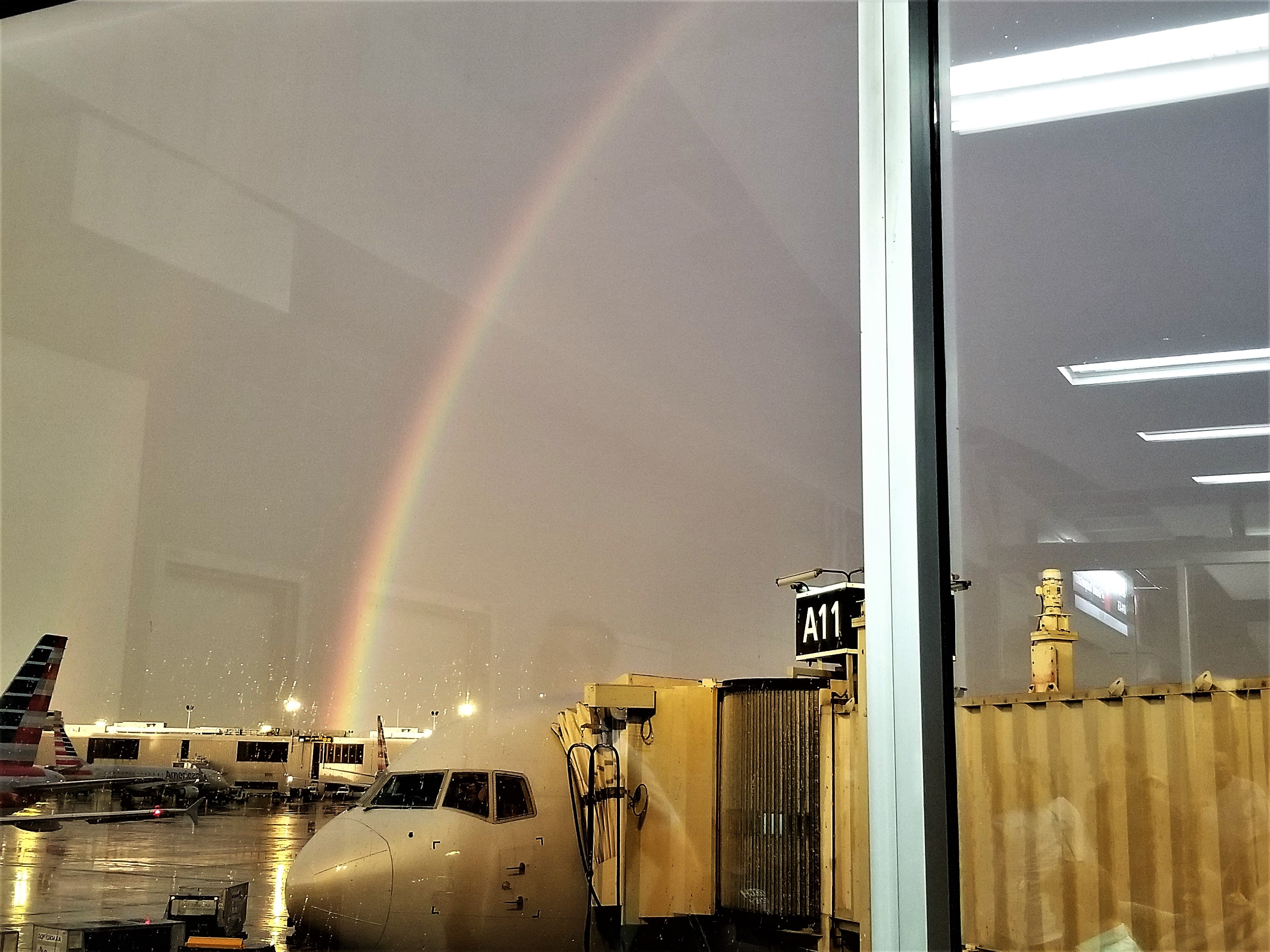 The day arrived–Mr. Pretty and I were flying to Prague. My first chance to take a vacation in over four months. It was exciting! It was thrilling! It . . . was doomed from the start.

First came the missing plane. It was traveling to Philadelphia from Miami, but bad weather delayed its arrival. Our take-off time was delayed by an hour. And when the plane finally arrived, the sky went from blue skies to an ugly gray-yellow within minutes. A light rain turned into a torrential downpour. Then came the lightning.

“See the flashing blue lights?” Mr. Pretty pointed outside. “As long as those are flashing, lightning is in the area, and all ground operations are suspended. You know, for safety.”

That was when the very wonderful gate crew announced that there was a mechanical problem with the plane. You know, except that with ground operations suspended, no one could work on the plane. The storm raged for two hours, but ended with a lovely double rainbow. Next came a gate change with a new plane since the original plane needed a more intensive fix, along with another delay. And finally, after five hours, our flight to Prague was canceled. Why? Because the flight crew timed out, and no other crew was available. 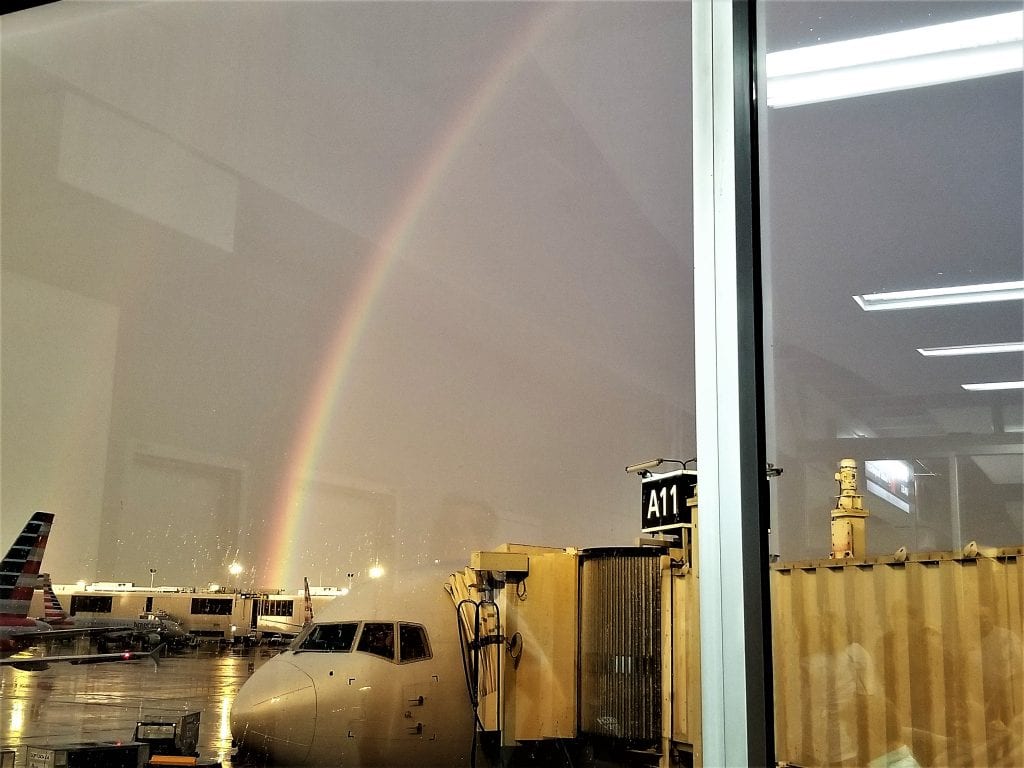 My stomach sank. When you’re flying non-rev, a canceled flight is the kiss of the death. Everyone from the flight will be vying for spots on the next day’s flight. Any unsold seats will be eaten up. Possibly for days, if the flights are full enough. There was no way Mr. Pretty and I would be getting to Prague.

What’s a girl to do? 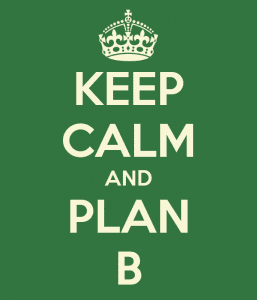 Have a Plan B, that’s what. Look, every good non-rev traveler knows that nothing is ever set in stone until the plane is off the ground. You make a plan, but have three back up plans, just in case. Of course, by 10pm there are no more international flights leaving Philadelphia airport, so Mr. Pretty and I went home and regrouped. Our Plan B: Zurich, Switzerland, with a flight out the next day. But more on that another time.

If you’re not flying non-rev and your flight gets canceled, what are your options? First and foremost, don’t panic. In most cases–with the exception of cancellation due to bad weather–airlines will go out of their way to assist you with whatever you might need. Passengers typically immediately line up at the gate’s desk or the airline counter to get rebooked on the next flight or get their ticket refunded. In some situations, the airline that canceled your flight can book a seat for you with a different airline. And if your flight is canceled late at night, like our was, sometimes an airline will be very nice and put you up at a hotel if you have a flight re-booked for the next day; this typically doesn’t apply in cases of cancellation due to bad weather, though.

Keep in mind that your best bet may be to skip lining up at a counter–it might be faster to simply get on the phone to the airline and get your flight arrangements dealt with that way. Do keep in mind that you’ll need to speak with someone at the airport itself to get a hotel voucher or meal vouchers, etc.

This is all US-specific, of course. Rules in other countries vary. Whatever you do, be nice to the gate agents. It’s not their fault that your flight was canceled, and they’re just doing their best to clean up the mess.