On Top of Uetliberg, All Covered With Fog

Leave it to me to pick the foggiest possible morning to take the train out to Uetliberg Mountain. And to be fair, it really doesn’t matter. It’s a mountain only in the technical sense–it’s in the Swiss plateau, part of the Albis chain. At 2,850 feet above sea level, it gives you a very nice view over Zürich (on a clear day, anyway), but it’s dwarfed by the other major mountains in Switzerland.

That said, it’s super easy to get to, and it also serves as a great jumping-off point for a two hour hike to Felsenegg, if that’s what you’re into.

But first things first: get yourself to the Zürich Hauptbahnhof, the main train station in Zürich, and buy a round-trip ticket to Uetliberg on the S10. Trains usually run every half-hour or so, and the trip takes about 20 minutes. Here’s a hot tip: make sure you’re on the train that goes all the way out to Uetliberg because there are trains that do not. It’s not a huge deal if you make the mistake–as I did–of getting on a train that terminates at an earlier stop. Another train will be along soon. 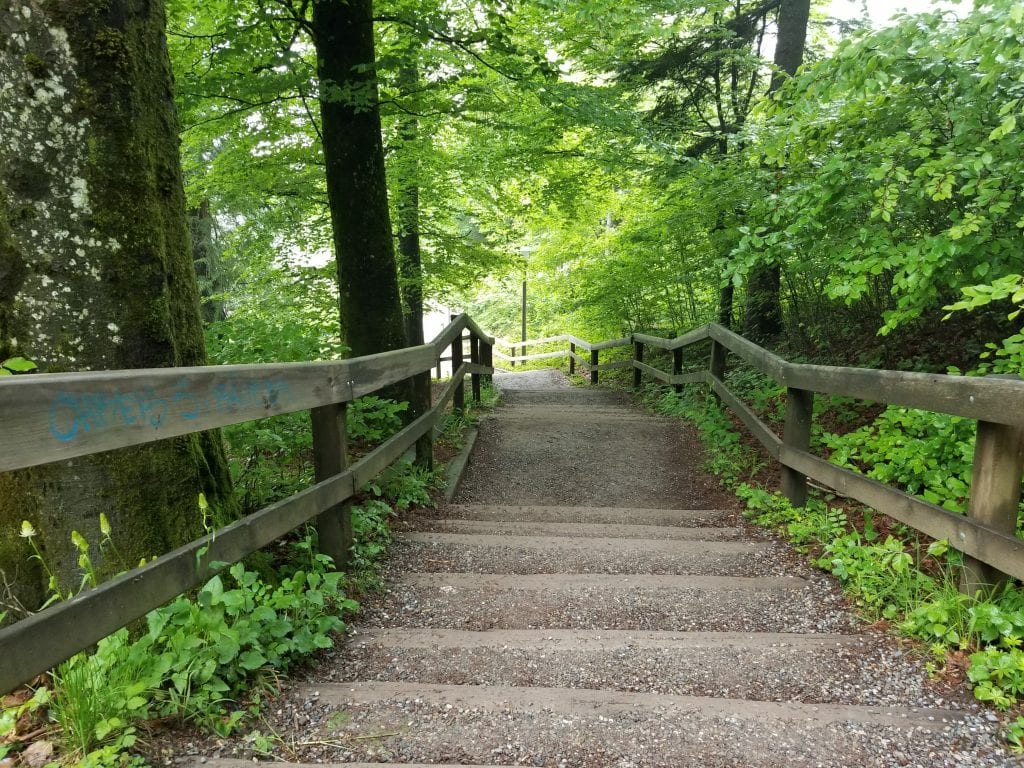 The Uetliberg stop is small, but it does have station with a small snack shop, restrooms, and a cute little playground. And that’s all great, but you didn’t haul your cookies up there to hang out on a merry-go-round of swings, right? No, you want the views of Zürich. You want the hiking trails. So look around for the ample and very clear signage and follow it. You’ll walk up a very pretty set of wooden steps, which connect you to a wide, paved walking path that is the beginning of the Planet Trail. Why is it called the Planet Trail? Because it shows the enormous distances between planets in our solar system along the trail (through signage and representations of all the planets), with each meter of the path representing 1 million kilometers. This is the main path that leads to Felsenegg, so do pay attention to the trail signage if you want to undertake the hike.

For the rest of us, keep an eye out for the signs that point to Hotel and Restaurant Uto Kulm, which is the option Mr. Pretty and I chose. It’s not a far trek from the train station–maybe 15 or 20 minutes, and while not steep, the trail does have a bit of a gradient. It is on top of Uetliberg Mountain after all. It at the peak!

You can absolutely stay at Uto Kulm. There’s something to be said for claiming a hotel room on top of a mountain, even a short mountain. And shockingly, it’s really fairly affordable, given how expensive a typical hotel room is in Zürich. The least expensive double room can run you 600-700 CHF for a four night stay.

We only visited, though, and we chose to visit first thing in the morning. As you can see from the photos, the fog hadn’t yet burned off, so we paid a visit to the restaurant inside the hotel for a lovely continental breakfast. The breakfast was fairly standard, with the addition of great cheese options. Seriously–why doesn’t every breakfast offer very good cheese? A cheese plate for breakfast should be completely normal. They also had some delicious pineapple juice on the bar.

The grounds of the hotel are quite small. Aside from an observation deck, there’s an area with a fenced in look-out point and places to sit and enjoy the views. Very charming. And romantic, as it turns out. We found this note tacked to two benches and the fence: 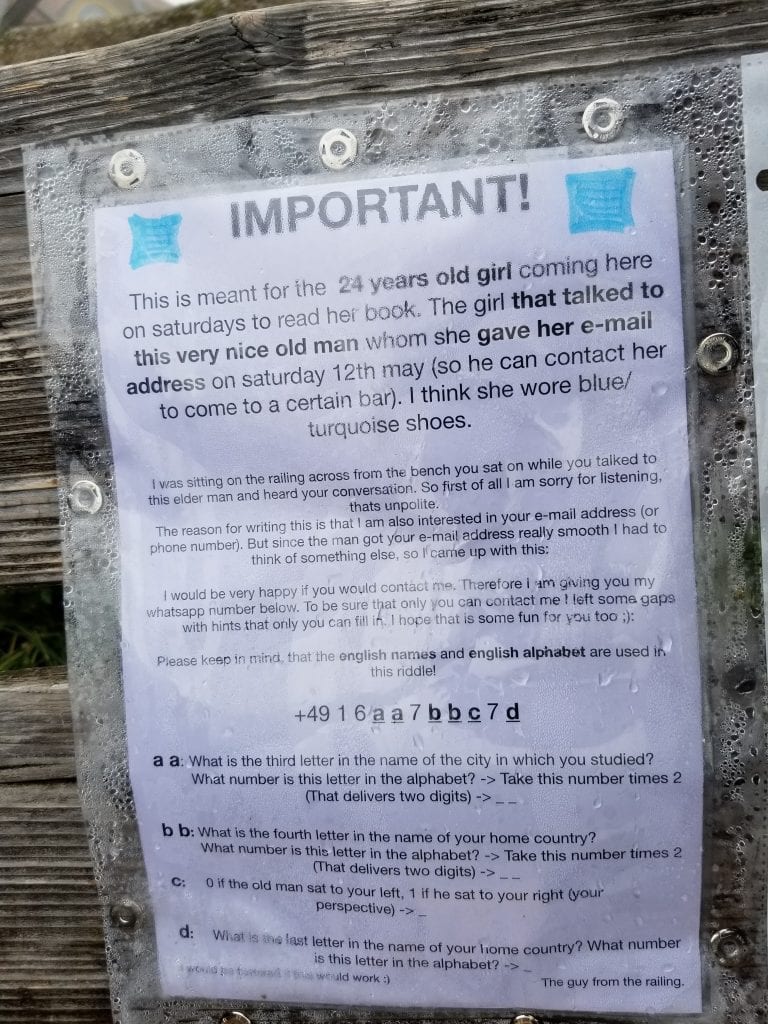