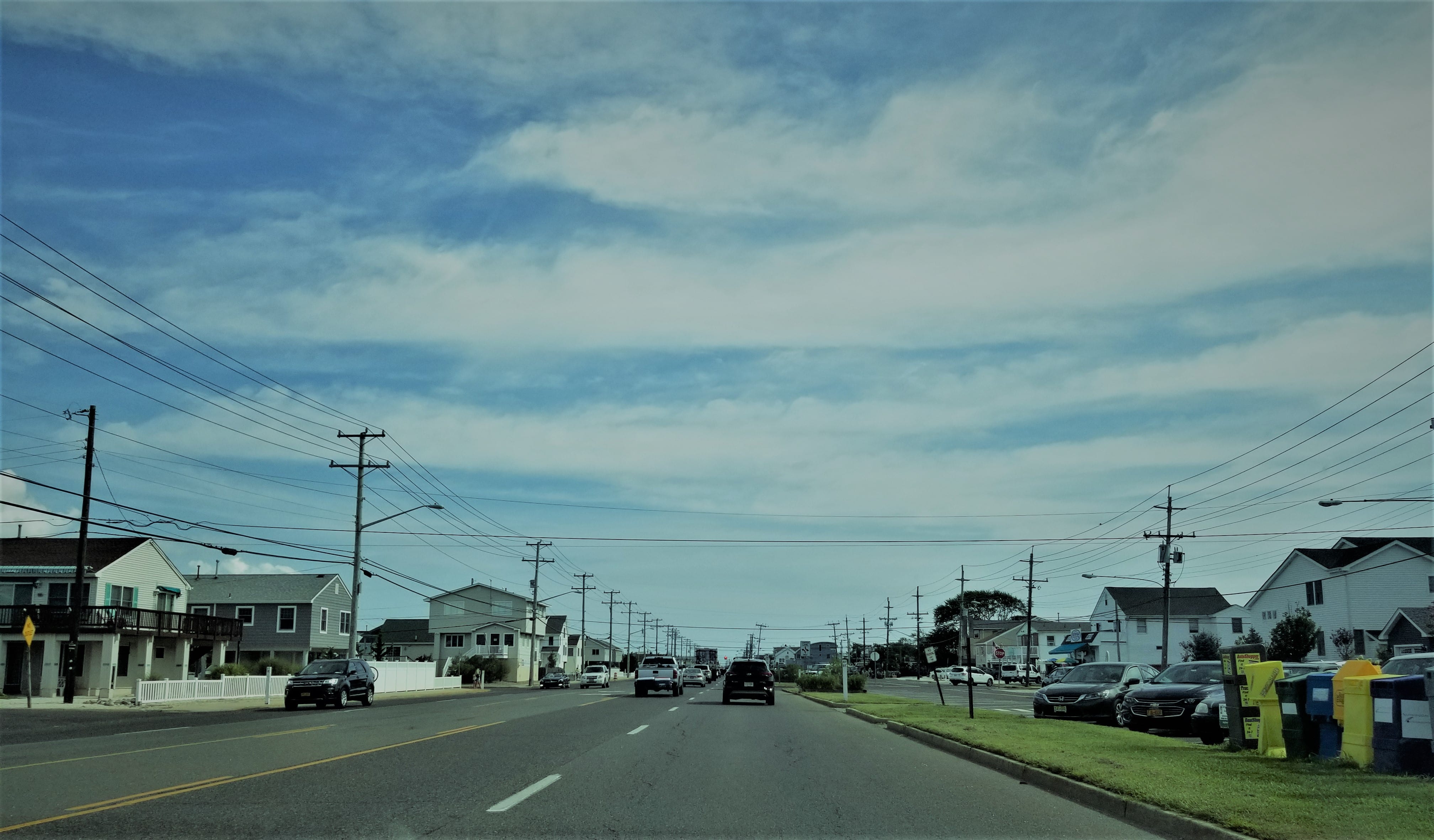 A Day Trip to the Jersey Shore

If you grew up in the Philly area the Jersey shore is the vacation destination. Chances are that you either spent a summer working down the shore, or your family rented a house there regularly. I grew up farther away, so heading to New Jersey to a beach still seems like a treat (even though I’ve lived in the Philly area for nearly 20 years). My favorite shore town remains Long Beach Island, New Jersey. 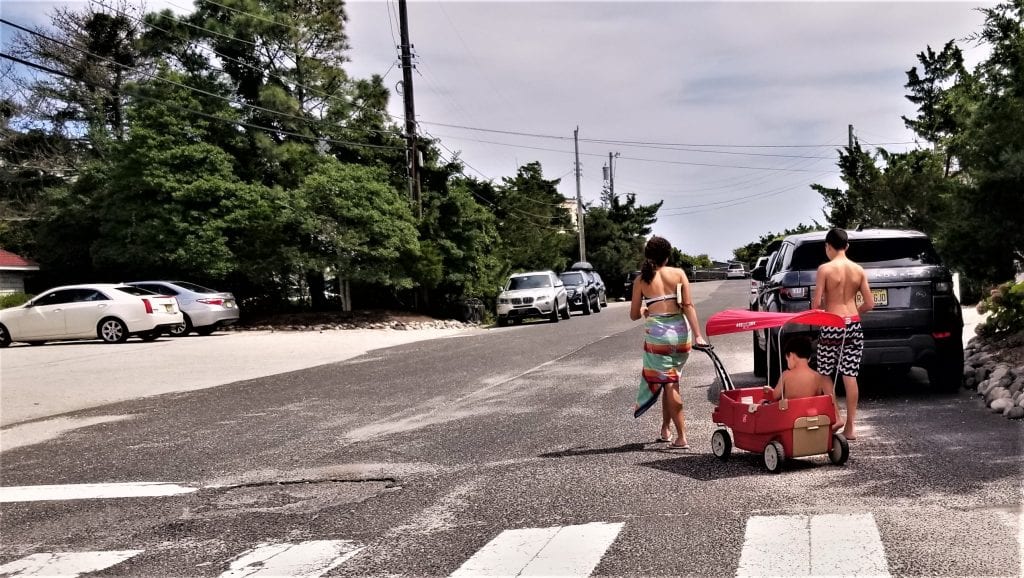 Mr. Pretty first took me here not long after we started dating. One of his parents’ neighbors rented a tiny cottage on the bay in the Surf City neighborhood every single year, and Mr. Pretty was able to snag a weekend here and there when his neighbor was elsewhere. Now, Hurricane Sandy took the house completely, but we still love LBI for a day trip. 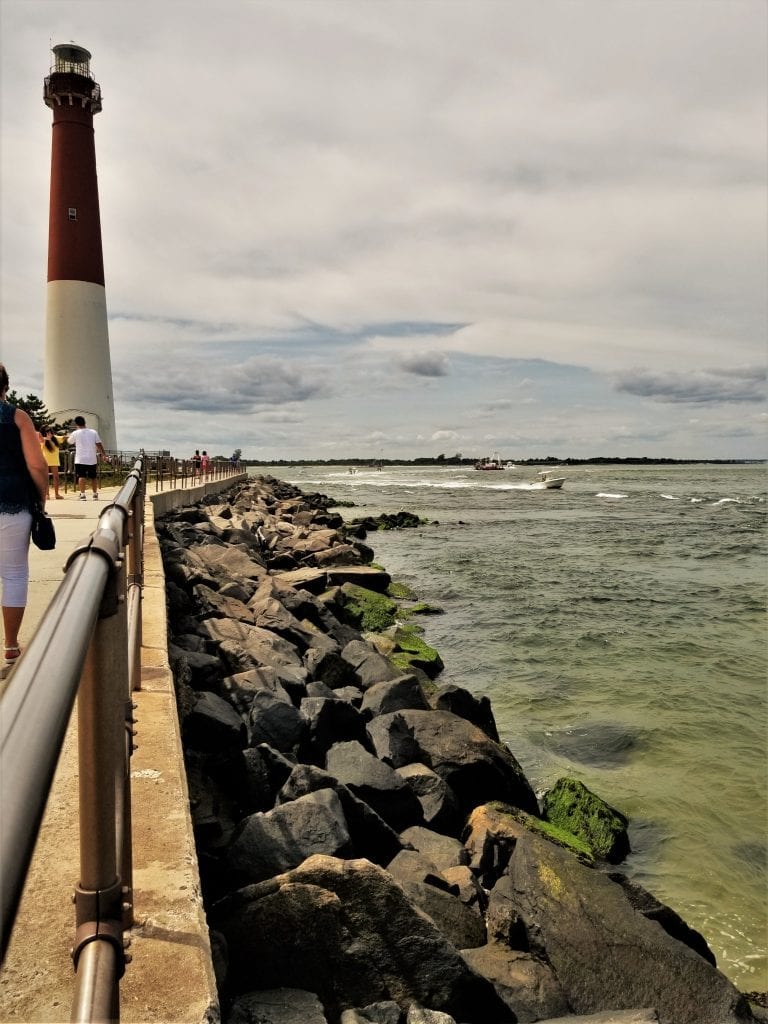 For the uninitiated, LBI is an 18-mile-long barrier island off the coast of New Jersey. On one end is Barnegat lighthouse (“Old Barney”) and at the other end is Edwin B. Forsythe National Wildlife Refuge. In between are a variety of communities, all with different personalities. You’ll find tiny beach shacks, but you’ll also find gazillion-dollar beach mansions.That said, only about 20,000 people live on the island year-round (despite a summer shoobie population of 100,000).

When Mr. Pretty and I visit, the beach is the central focal point. That just makes sense–if you decide to take a beach vacation, you generally want to bake in the sun and smell the sea air and frolic in the water, right? This is not going to be like the type of beach vacay you take in the Caribbean, though. The water is much colder and much murkier. As a rule, snorkeling is not going to be a thing you want to do on LBI. You will not find resorts with beach boys bringing you cocktails as you relax under an umbrella on super fancy lounge chairs.

No, LBI is definitely a bring-your-own type of a place. If you want an umbrella and super fancy lounge chair and a cocktail, you’re going to have the schlep that stuff from home. And you’d probably get ticketed if anyone discovered you imbibing alcohol on the beach since it’s prohibited.

You’re also not going to find restaurants where you can eat right on the beach or nudist colonies, and in the Loveladies neighborhood, most of the beach is inaccessible unless you live there.

I’m making LBI sound inferior, but it’s really not. It’s just a different experience. It’s got this very wholesome family feel to it, and it’s a pretty safe place. In Beach Haven, probably the most raucous of the LBI communities, there were 82 thefts of varying types, four burglaries, and one assault in 2016. No other crimes (at least not that were included in the public report).

Also, Mr. Pretty and I did find a few options for the great unwashed masses (like us) to access the beach in Loveladies. We were rewarded with a very small number of people on the very well-kept beach. One thing is the same, though, throughout LBI when it comes to beaches–you’ll need to buy a beach tag. Today they were $7 per day tag. Not a terrible price to keep the beaches nice and pay the life guards.

Aside from the beach, what else is there to do on LBI? There’s touristy shopping of the sort you would expect to find in a beach town–LBI-branded and sea-related gifts and clothing, seafood restaurants, ice cream shops, bicycle rental joints. Mr. Pretty and I have also gone out on party boats to go deep-sea fishing, so that’s a bit of fun if you’re looking for something a little different.