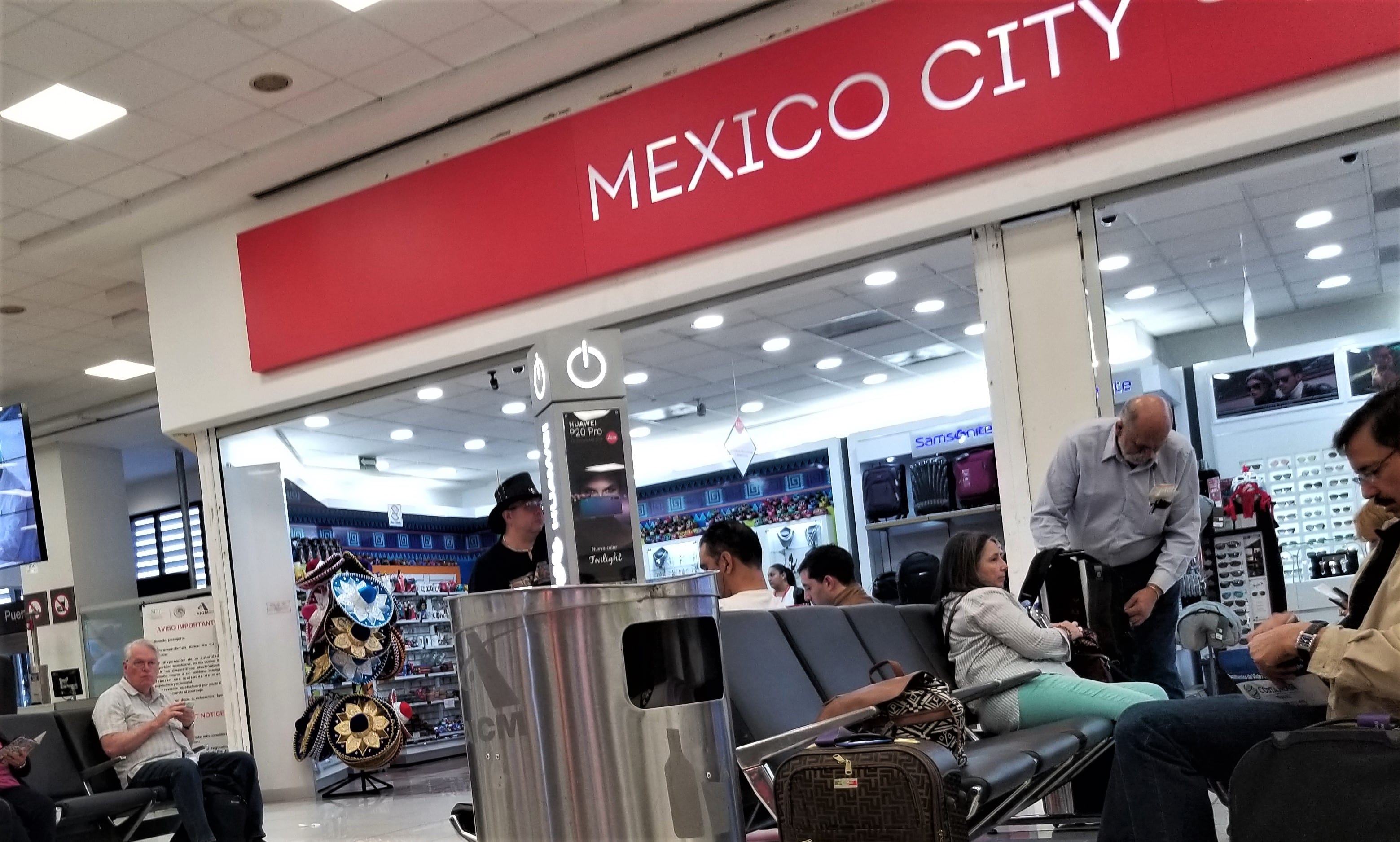 A little over 40 percent of Americans have passports these days, which is better than it used to be. Back in the late 90s, only about 15 percent did. The increase is due entirely to the rule changes that occurred after the attacks on September 11 back in 2001, when traveling to Canada, Mexico, Central and South America, the Caribbean, and Bermuda suddenly required a passport. But overwhelmingly, those who do have passports travel to Mexico. Last year almost eight million Americans traveled outside the U.S.; 3.7 million traveled to Mexico.

Up until yesterday, I had never been to Mexico (for any number of reasons, including the fact that I typically don’t love beach and cruise vacations that mostly involve a lot of day drinking and lying still on the sand). With the long Labor Day weekend approaching, I wanted to take a quick trip somewhere–and Mexico City flights were wide open.

Things did not start out well.

Look, I can generally get by in Spanish as a tourist. I probably know even a little bit more Spanish than the standard-issue tourist. But I’m not fluent by any means. You can’t even consider me semi-fluent. And so it was important to me–as a female solo traveler–to choose a hotel where the front desk staff are English-speaking, just in case I might run into some kind of problem I can’t handle on my own. It’s a safety issue, but it’s also a comfort issue. I might travel a lot, but when I’m taking a solo trip, I am increasingly safety-minded. I did my research and picked a place that specifically advertised on various booking websites that they speak English. Because my flight would arrive late (after 10pm), I also picked a place based on the fact that they had a shuttle that would pick me up at the airport. The hotel staff said the driver would be waiting for me with a sign with my name on it.

You can see where this is going, right?

My flight was an hour late leaving out of Philly, but the pilots made up a lot of time in the air–we only arrived at the Mexico City airport about ten or twenty minutes late. Passport control was a hot mess. It easily took just over an hour of waiting in line to get my passport stamped and set loose.

And then there was no driver with a sign awaiting me.

There were, however, texts from the driver. In Spanish.

Now, I’m a competent traveler, so of course I always have a translation app ready to fire up. Fine–the driver directed me to a specific gate, and off I went. Again, there was no sign of the shuttle. There was no driver with my name on a sign. And then the driver called me–and he only spoke Spanish. With my basic language skills, you can imagine how well that went. After a lot of work (and the beginnings of panicked fear in my heart), we found each other and off we went. It was a whole lot of irritation, and I had the privilege of paying $350 MX (around $18 or $19) for it, about $100 MX more than a cab would have cost.

Then came the hotel. I walked into the lobby, and the front desk person was locked in something that resembled a bullet proof glass room–not unlike what you see in a liquor store in Philly that is located in a bad part of town. Except I was in Roma Norte, which is far from a bad neighborhood. It was after midnight at this point, and I was frazzled and dead tired. The fact that the front desk person didn’t speak English (and was kind of surly) shouldn’t have come as a surprise after what happened with the shuttle, and yet I was surprised.

And freaked out, to be honest. While I’m not one to believe in omens, the welcome I’d had so far in Mexico City didn’t fill me with a lot of confidence that I could have have a great time. I’ll be totally honest: I was second guessing my decision to visit Mexico City. I considered waking up in the morning and heading right back to the airport to head home. I could have done it–there was a direct flight back to Philly at 9am, and it had plenty of open seats.

And then I rolled my eyes at myself. Seriously. Who am I–some girl who lets her nerves get the better of her? No way was I going to slink back home like some ninny. I woman’d up and went to bed.

Of course, I still didn’t sleep because, wow, the hotel is super loud. Between listening to my neighbors having VERY loud sex and the traffic outside (and what I think may have been gunshots), I may have dozed for maybe thirty minutes. But hey, all the better for having lots of time to make fun of myself for being a giant wuss, right?

If nothing else, it’s a reminder not to get sucked into a panic spiral.

A Day Trip to the Jersey Shore