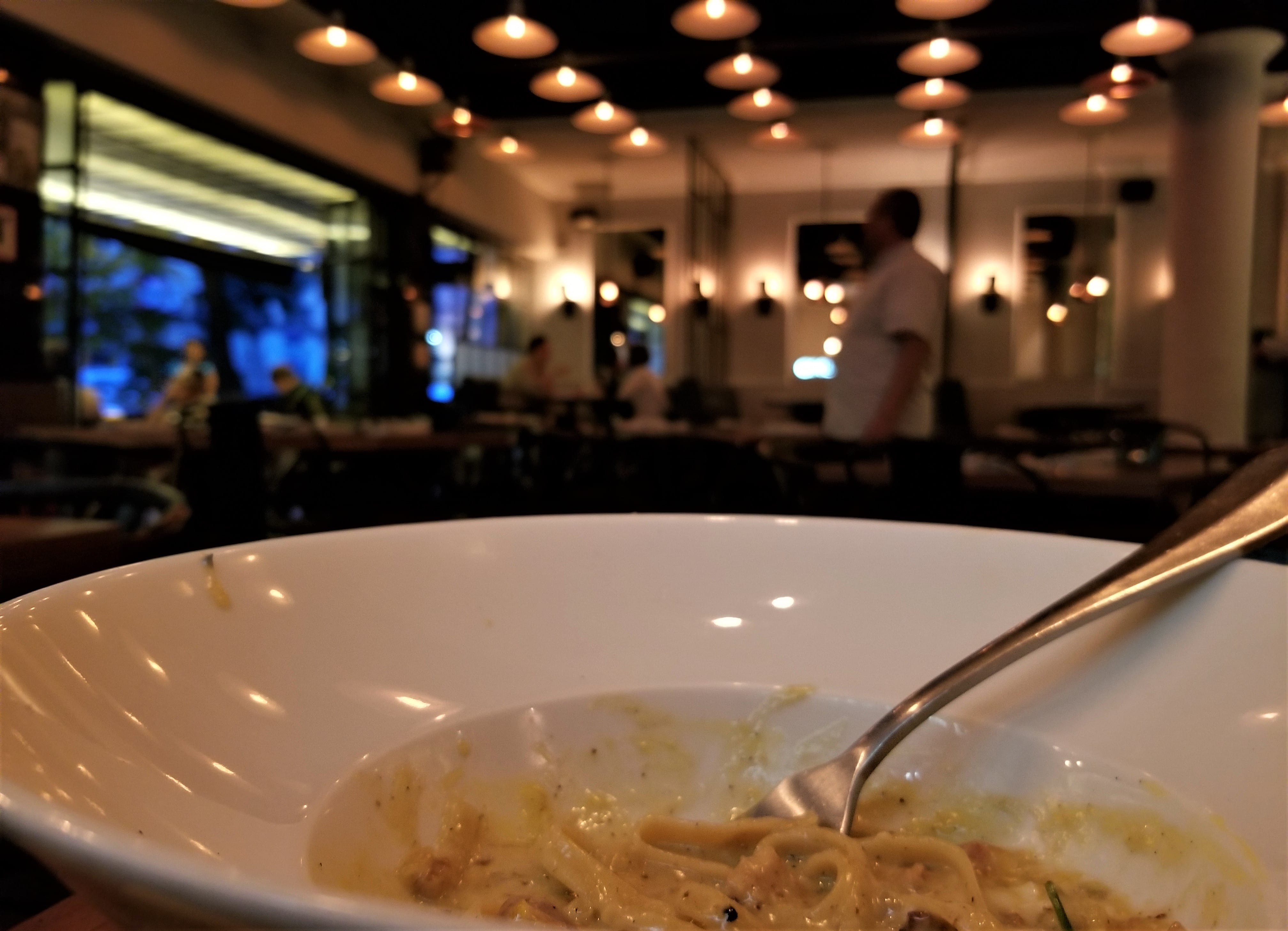 As a woman traveling solo to Mexico City, I was warned numerous times that I should take the normal safety precautions that I would in any major metro–but I was also told that being out (alone) after dark was probably not in my best interests. Whether that’s true or not, the last thing a visit to Mexico City needed was personal experience with a mugging . . . so I took that to advice to heart. That’s why I chose to explore the Roma Norte neighborhood–where my hotel was located–dead last during my day in Mexico City. 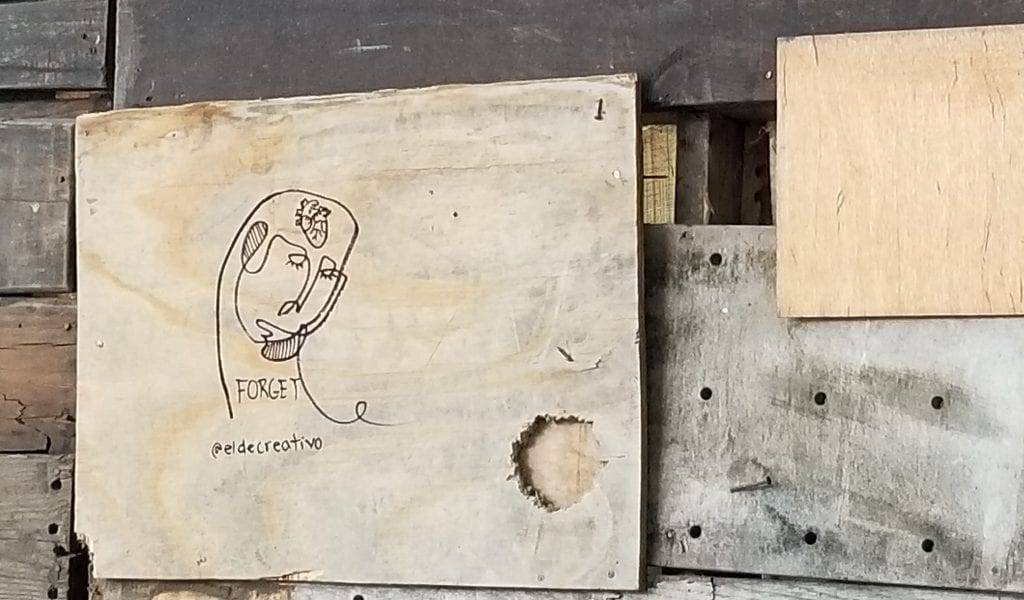 One of the things I noticed about Mexico City during my various Uber rides is that the city has some seriously great street art. The problem is that when you’re whizzing by in a car, it’s not conducive to taking photos. Roma Norte is pegged as the hipster neighborhood of Mexico City, so of course there’s street art. There’s even one or two street art tours that start in the area.

That said, while I was wandering around Roma Norte, I still didn’t really get a chance to see most of it. Maybe I didn’t know where to look. Maybe I was just tired. Or maybe the sudden afternoon humidity was messing with my observational skills. I dunno.

By the time I arrived back to my hotel (laden with chocolate after my trek through Condesa), it was around four in the afternoon. I’d walked just about seven miles (according to my trusty FitBit). I had a dinner reservation for right around 7:00P. I wasn’t hungry in the slightest, yet I hadn’t had any churros. I could not possibly leave Mexico City without churros, and an outpost of El Moro (rated the best churros in the city) was located directly next to my hotel.

You see where I’m going with this, right?

Of course I stopped in at El Moro for a packet of churros and a cup of chocolate. I also managed to spill my chocolate all over the damn table because I was tired, so that was awesome. The churros really were great, which mitigated my embarrassment over the chocolate disaster a little, and I highly recommend El Moro.

And yes, thank you–my nap was heavenly, especially considering the hotel room was so loud that I hadn’t slept much the night before.

My last stop of the day was Bowie (named after David Bowie) for dinner–a good choice because I’d heard good things, and the restaurant is two well-lit blocks from my hotel. I’d looked at the menu, and it all looked really good. I wasn’t very hungry, so I totally have a light dinner. Right? Right?

Uh, no. I ended up ordering the ridiculous multi-course tasting menu because I couldn’t make up my mind about what to get. Oh, and of course I ordered the drinks course that goes with it because I’m a glutton for punishment. Plus, all those courses meant I got to see stuff like this:

That, my friends, is what Bowie is known for–most of the dishes are smoked in one way or another. I believe the course in the video might have been the second or third course, which were three dips (hummus, baba ganoush, and smoked jocoque) with vegetables, and they were presented under a cloche filled with smoke. 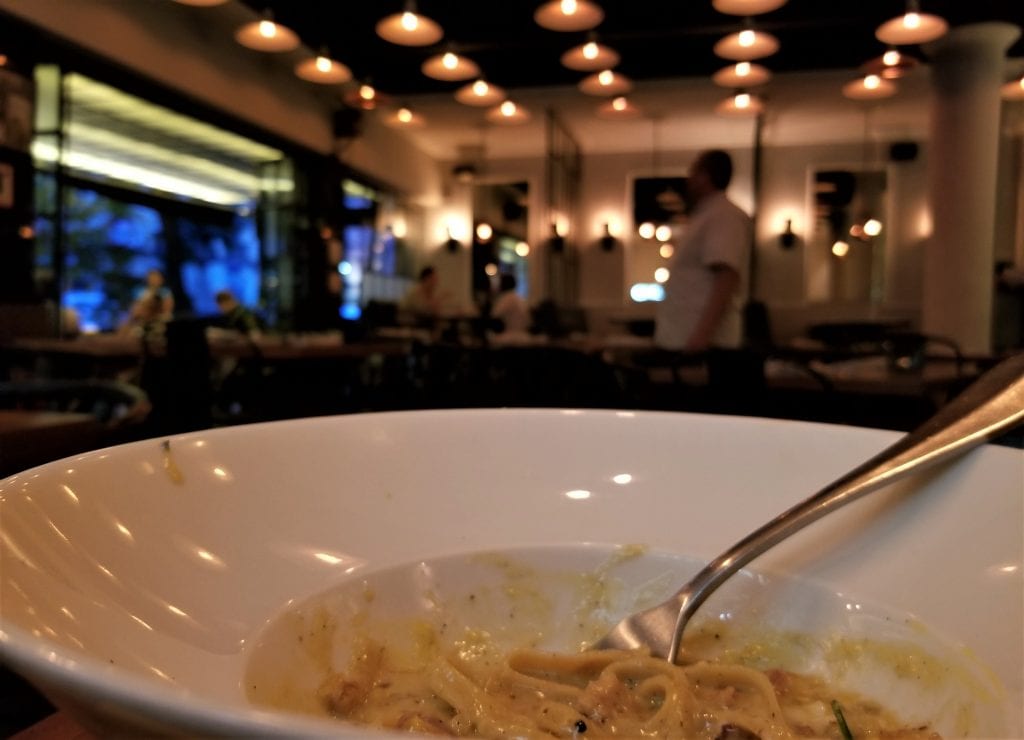 Other courses included their mesquite smoked beet carpaccio, aioli, almonds, goat cheese, and balsamic oil sorbet; double tartare, steak and portobello, olives, mustard, and black truffle; carbonara fettuccine with smoked pork belly; and octopus with chorizo, chicharrón, and blue corn tortillas (sort of a make your own tacos kind of thing). Plus courses with cheese and a plate of s’mores (lit up right there at the table with a mini torch).

And it was so good. I mean, sure–I could only eat a couple of bites of each course, but still . . . really great. The tacos and beet carpaccio were particularly excellent.

It was at Bowie, by the way, that I learned something new about Mexico City culture. I’d seen people selling stuff all day long on the street. Food, flowers, guys cleaning car windows at intersections. I didn’t think anything of it because that’s pretty common no matter where you go. What’s not so common are people coming into a restaurant to try to sell you stuff. 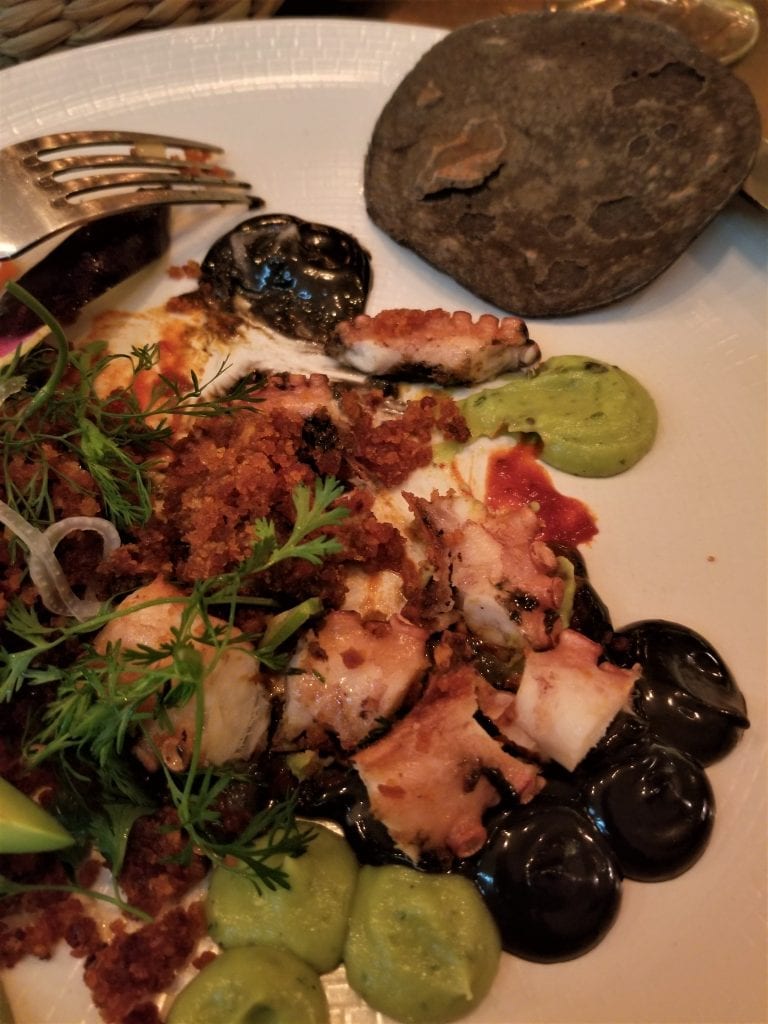 Bowie is another place with an open front (much in the same way as Dolcenero and La Guerrerense had been in Condesa). I was seated inside, but I could still see all the action on the sidewalk. It started with street musicians coming by and playing for people at the tables outside. Not so strange. Not really. But then kids started to come in. A little boy with jade plants. A little girl with small bouquets of carnations. The restaurant staff didn’t chase them out unless they really started to do a hard sell on a customer who clearly wasn’t interested. That’s super unusual in the States and everywhere else I’ve been.

That said, approximately 44 percent of the population in Mexico live below the country’s poverty line (and about half the children). Compare that to the roughly 13.5 percent of Americans who live below our country’s poverty line (although the rate is much higher when you factor in the percentage living very near the poverty line–more like one-third of Americans). My point is that, as usual, poverty tends to impact people living in urban areas and very rural areas the most . . . so it occurred to me that the kids selling stuff, etc is a cultural thing because families have to hustle so much to survive.

Interestingly, Mexico is experimenting with universal basic income for limited populations as a way to break the cycle of poverty. While there is unlikely to be a major change on poverty until and unless the rampant government corruption is addressed, it’s really fascinating to watch. Of course, given that the US federal, state, and local governments may be just as corrupt in certain instances (albeit in slightly different ways), I also wonder what affect that has on poverty in our own country. That is a thought for a different day, though.