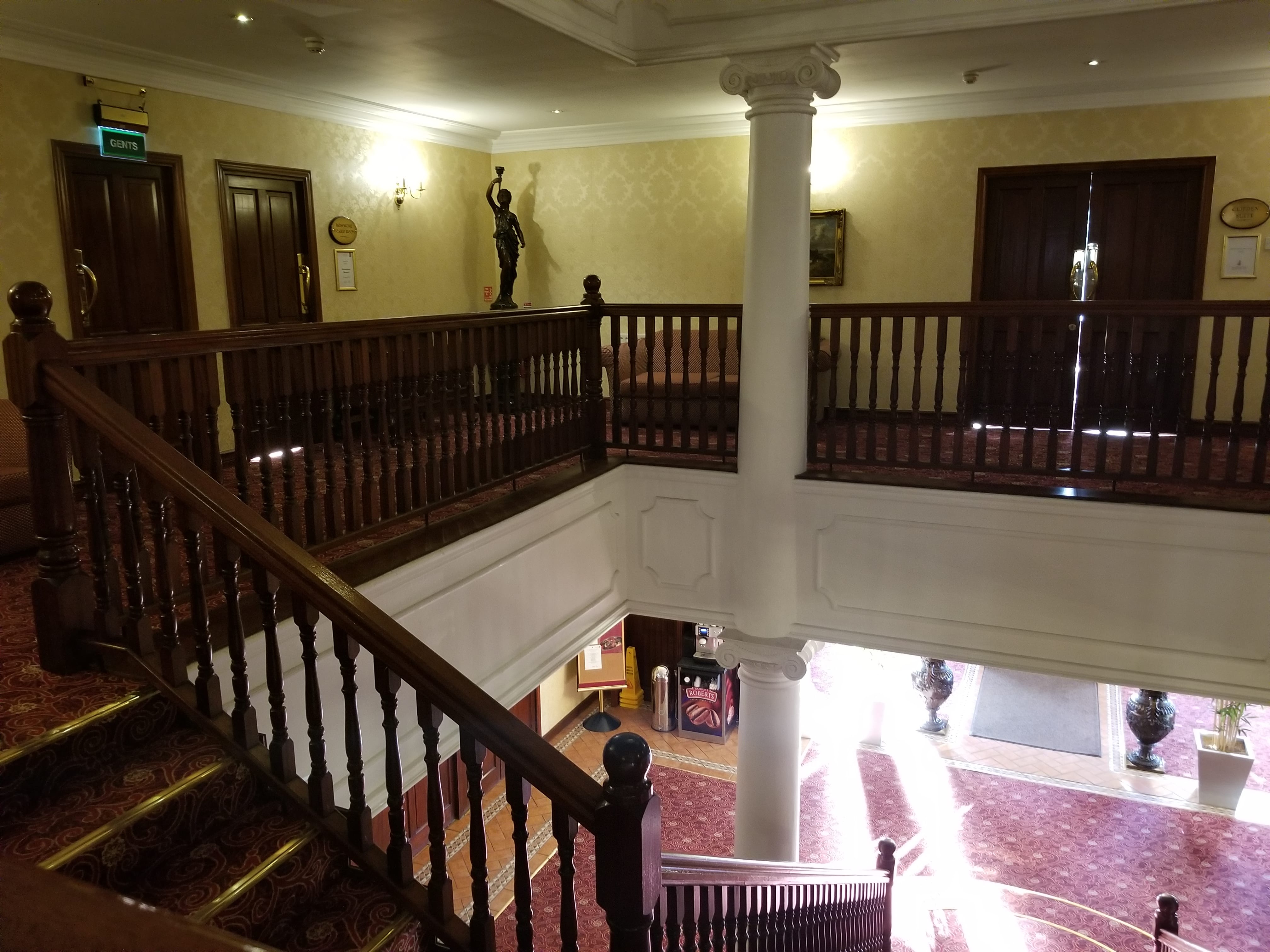 Redrum in the Dublin ‘Burbs

You haven’t lived until you see a half-drunk middle aged woman in tight leather pants; white furry vest; and light-up, blinking Eagles scarf swaying on her stiletto heels and tearing at her frosted, feathered hair, demanding that your plane take off, no matter how damaged it is. Oh boy.

That was the scenario last two Thursdays ago, when Mr. Pretty and I were heading to Edinburgh via Dublin. Our flight was delayed by about four hours because the baggage crew had run into the door of the plane. There’s this whole rigamarole that has to be seen to in order to judge whether the plane is safe to take off. It takes time. Better safe than sorry, eh? 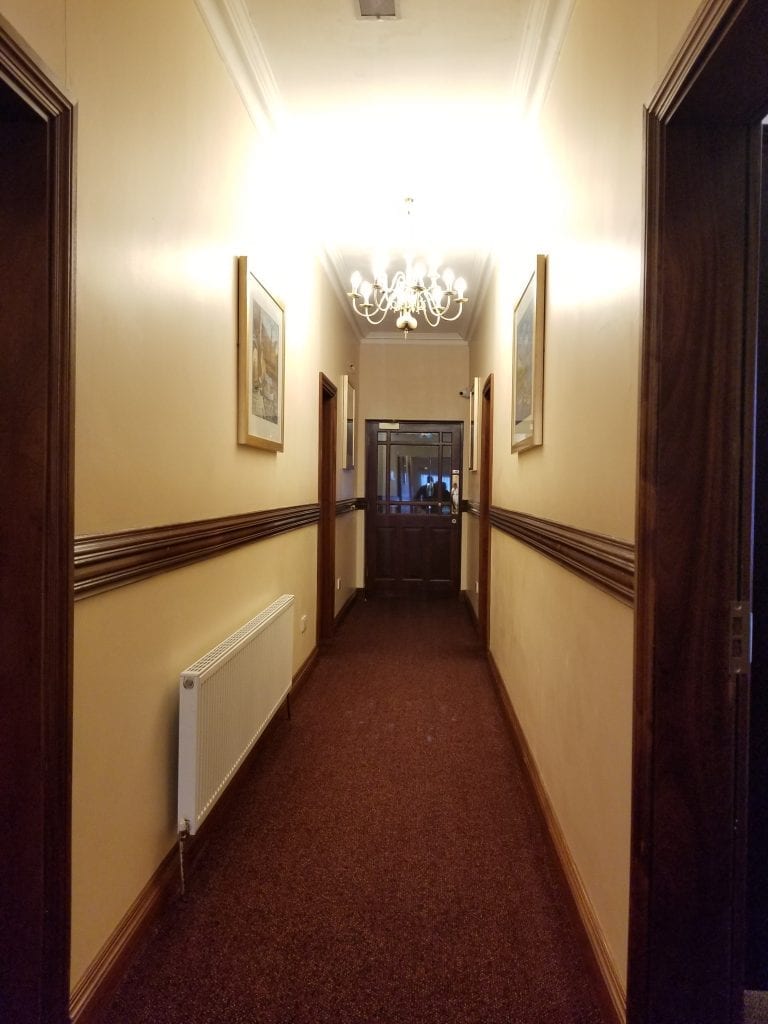 All that to say that our time in Dublin was much shorter than anticipated–we lost half a day in Dublin, so a trip out to Glasnevin Cemetery had to be axed. It’s a shame since it was a few days before Halloween, and what better way to mark the holiday than with a graveyard trip, eh?

Never fear: our hotel made up for it. Mr. Pretty is pretty sure that Sheldon Park Hotel is the Irish equivalent of the hotel from The Shining. The second Mr. Pretty walked into the corridor to our room he turned around, raised an eyebrow, and said, “If I see two creepy twins at the end of the hall and a gushing river of blood, I’m out of here.”

The hotel is quite nice, but it does have a very old school, atmospheric vibe to it. No ghosts, though, as far as I can tell. The only tragic thing is a housing scam allegedly perpetrated by the owner.

You might also notice that it’s in Ballyfermot, a suburb of Dublin. Normally I wouldn’t want to stay so far out of the city center, but the Sheldon is right off the red luas–making it very easy to get to . . . and it’s priced well below anything in Dublin proper. Since Mr. Pretty and I aren’t exactly night owls and had no worry about the luas ceasing operations at midnight, it was perfect . . . even with The Shining-esque hallways.