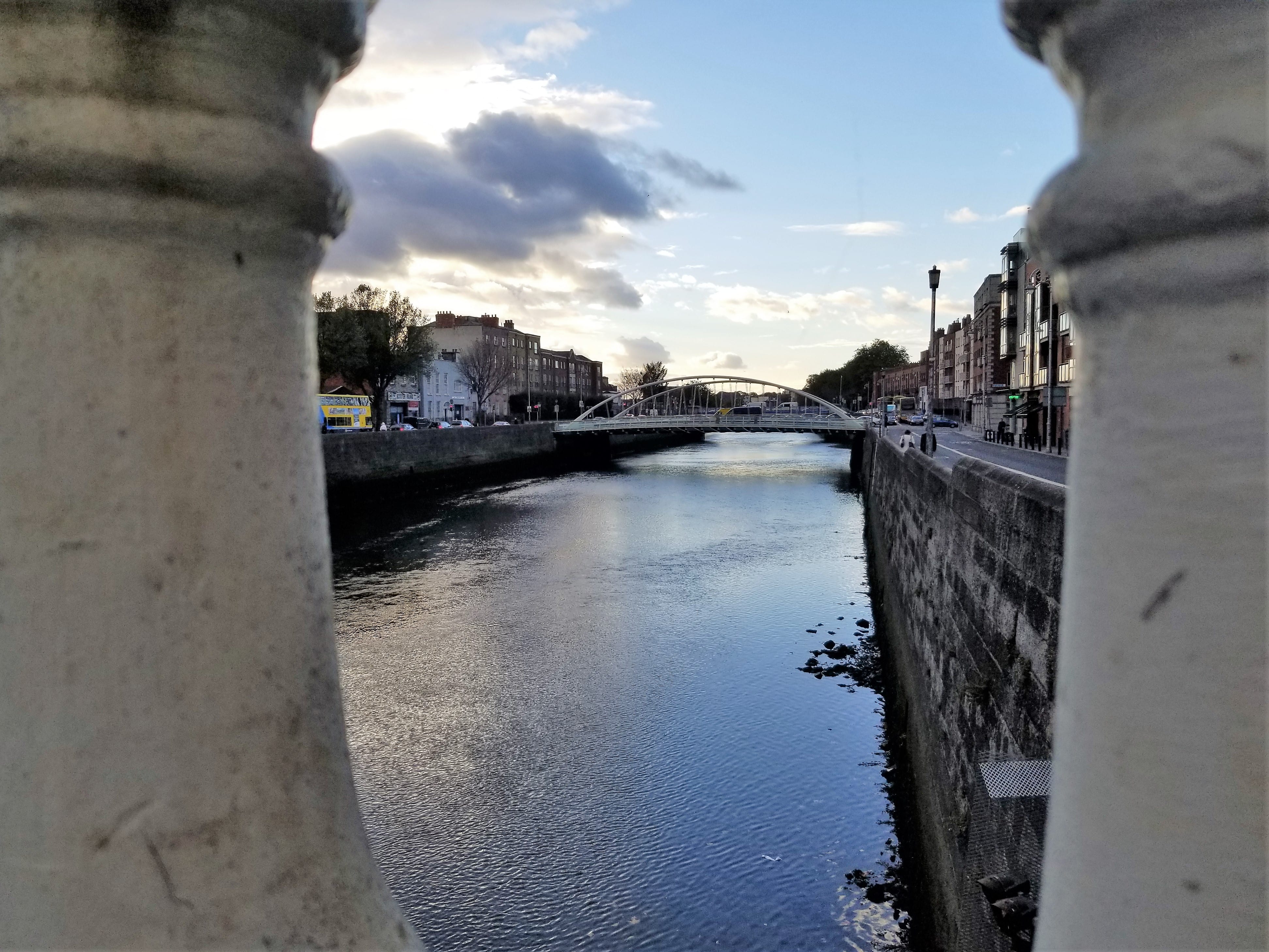 Think of Dublin, and you’re likely to come up with a vision of beer and drunken revelry–particularly if you’re an American. Hell, anything Irish reminds your average American of St. Patrick’s Day, which is pretty funny given the current xenophobic panic in which 40 percent of my country currently finds itself. You might also think of potatoes, both the actual vegetable and those things known as Irish potatoes (also funny, because those are not in any way Irish–it’s a Philly thing). Now, I’ve had my share of beer and potatoes in Dublin, but when I think of the city, my brain goes directly to Victorian Sponge Cake. 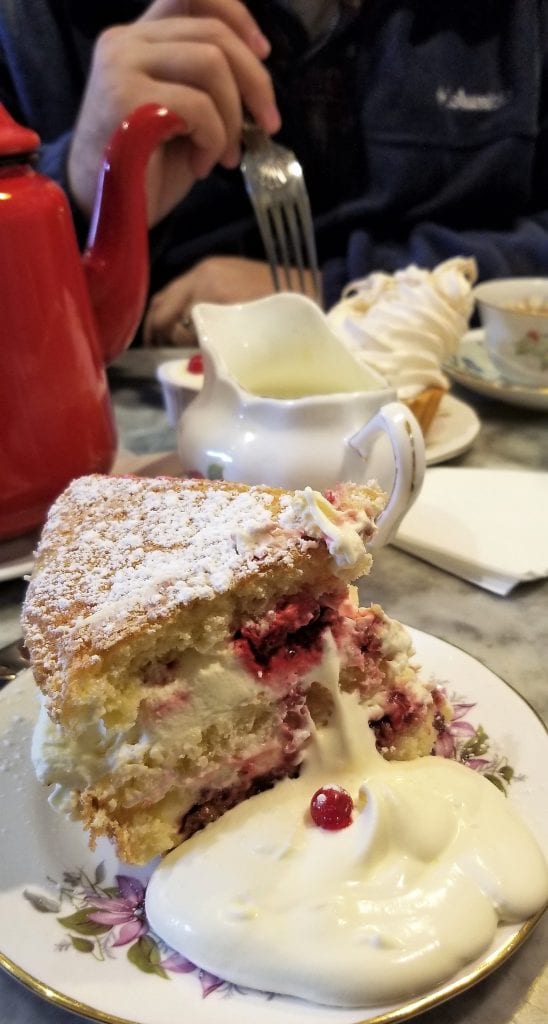 But it’s more than just Victorian Sponge Cake in general–it’s cake from one particular place–the Queen of Tarts. Just typing the words gives me juicy mouth. Look, you can find this cake all over Ireland and the UK. It’s nothing more than sponge cake, jam, and whipped cream. Served in any place, it can range from mouth-suckingly dry to fairly decent. The Queen of Tarts Victorian Sponge Cake is a whole ‘nother animal. The sponge cake is gorgeously moist and airy. The raspberry jam tastes homemade and has whole raspberries (although there are various kinds of jam used) crammed into it. The whipped cream is . . . I don’t know what they do to it, but it’s amazing.

Mr. Pretty thinks I’m insane for being so devoted to QoT’s Victorian Sponge Cake, but I’ll thank you to notice what he’s eating in this photo. If it’s not obvious, that’s a lemon meringue tart.

By way of background, and why Mr. Pretty’s lemon meringue tart makes him in a giant hypocrite, we visited Dublin for the first time back in 2014–which is when I fell madly in love with QoT and their cake. To say that I had a slice every single day of our vacation would not be unfair. And Mr. Pretty had one of their lemon meringue tarts just as often. So.

Anyway, as you know from my last missive, Mr. Pretty and I flew to Dublin en route to Edinburgh. We had about a day and a half in Dublin, so of course I insisted on a slice of Victorian Sponge Cake from QoT.

Dublin, in general, is a very good food town, which often surprises people when I give that opinion. It goes far beyond QoT’s cake. During our first trip in 2014, we ate from one end of town to the other–and I discovered my love of oyster stouts.

This time around we were pressed for time, but we still managed to get in two very good meals (not counting QoT since technically, that was just a cream tea, of sorts):

All of this to say: don’t ever believe someone who tells you that Irish food isn’t amazing. It is. Dublin continues to produce wonderful food and great chefs and restaurants. Oh, and try an oyster stout next time you’re in town.

Redrum in the Dublin 'Burbs

You Can't Get There From Here