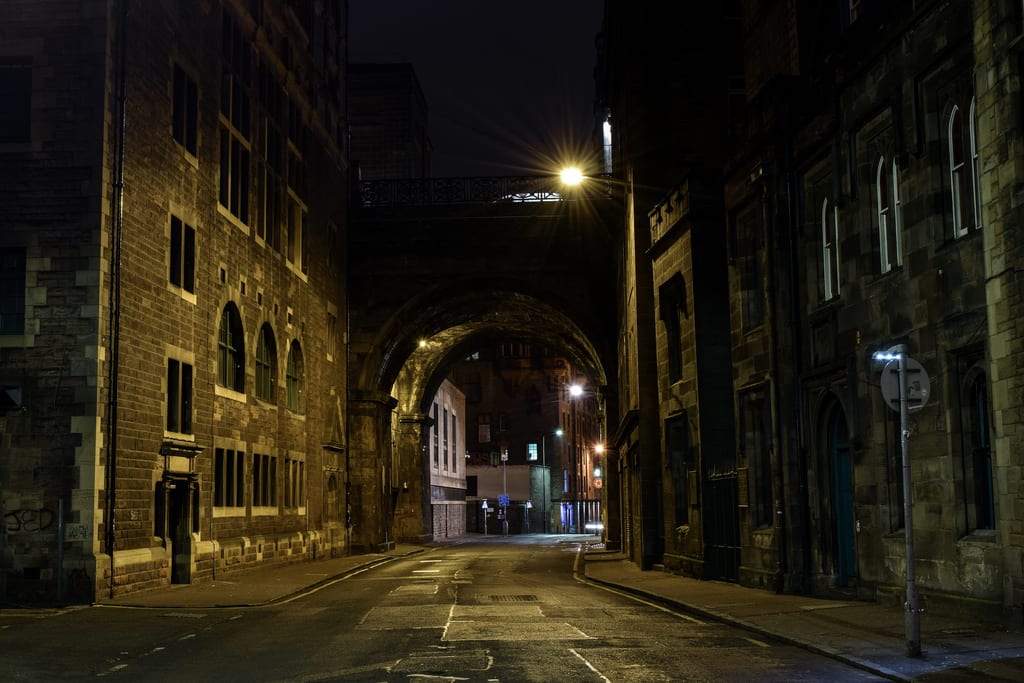 My first impression of Saturday in the Old Town area of Edinburgh involves a rather busty young lass in a pink sequined tube top and the tiniest black mini I’ve ever seen. Oh, goosebumps the size of Jupiter, because it was about 30 degrees outside, and this poor girl was running across Cowgate without a coat.

Mr. Pretty raised his eyebrows, looked at me, and said, “What the hell kind of neighborhood did you book our Airbnb?” 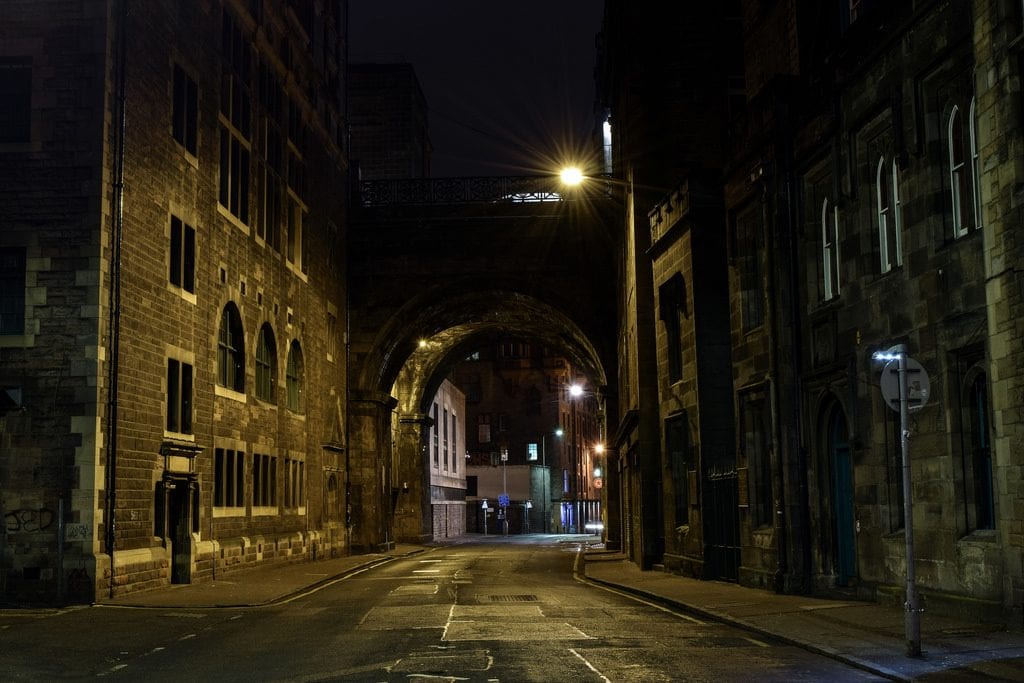 Cowgate is named after the days when cattle used to herded down the street to be sold in Edinburgh’s market,1 which is not a commentary on the scantily clad girl we’d just witnessed (she seemed like a lovely girl). And sure, it’s a dark, shadowy area of the city–it’s a lower area, with major thoroughfares passing over top of it, making it a perfect area for bars and clubs. And as the be-tube topped girl might indicate, it really is chock full of party venues.

Look, Mr. Pretty and I are nearly 50, so Cowgate might not seem like a natural fit for us. Confession: it wasn’t intentional. Not really. It’s just that it’s a very short block off the Royal Mile, and a good central location for our trip.

Despite it being a rather noisy location on the weekend, Cowgate really did end up being a great homebase location–not just because of it’s location relative to the rest of Edinburgh, but because of the area’s significant history. Most recently, if you can consider 2002 recent, a large chunk of Cowgate went up in flames, which of course was horrible, but it also led to some really exciting archeological finds. However, it’s in this area that part of the South Bridge Vaults exist, particularly the vaults on the North Side of the Cowgate arch.2

As a writer, Cowgate offered me a lot because of how much it sparked my imagination and offered up some truly memorable street scene entertainment. It might have been later on our first night in Edinburgh, but I started hearing a guy start screaming that he was going to beat the shit out of someone. I try not to be nosy, but sometimes I can’t help myself.

I glanced out the window, and there’s this young-ish guy trying to scale the wall up to a window that has two silhouettes in a dark window. That’s when I noticed they were throwing beer cans at this dude. The man’s girlfriend was trying to pull him away, but the guy was fairly committed, calling the two dudes in the window “right cunts” and demanding they come down and fight like men. The girlfriend finally succeeded in dragging the man away, but the guys in the window were still throwing beer cans–this time at a trio of older people, a woman and two gentlemen. The woman was wearing a long gray coat with a fur collar, and the men wore overcoats and hats, and they were all looking up at the window with that disapproving expression that you can read a mile away: What has become of the youth of today?

Maybe I should have been asking myself that same thing, but that night gave me such a funny first impression of Cowgate. But, of course, that wasn’t the whole story.

1. Fun facts: the earliest record of the street’s name is 1428, and from 1750 and 1950 the Cowgate was a poor, mostly overcrowded slum area–it was typically referred to as ‘Little Ireland’ due to the thousands of Irish immigrants that lived there. ↩

2. More on this in another post, but part of the underground vaults seem to run right underneath our apartment building. Trust when I say that I was on the lookout for random ghosts in our Airbnb. Alas, no creepy gentlemen in kilts or whatever appeared. ↩

You Can't Get There From Here