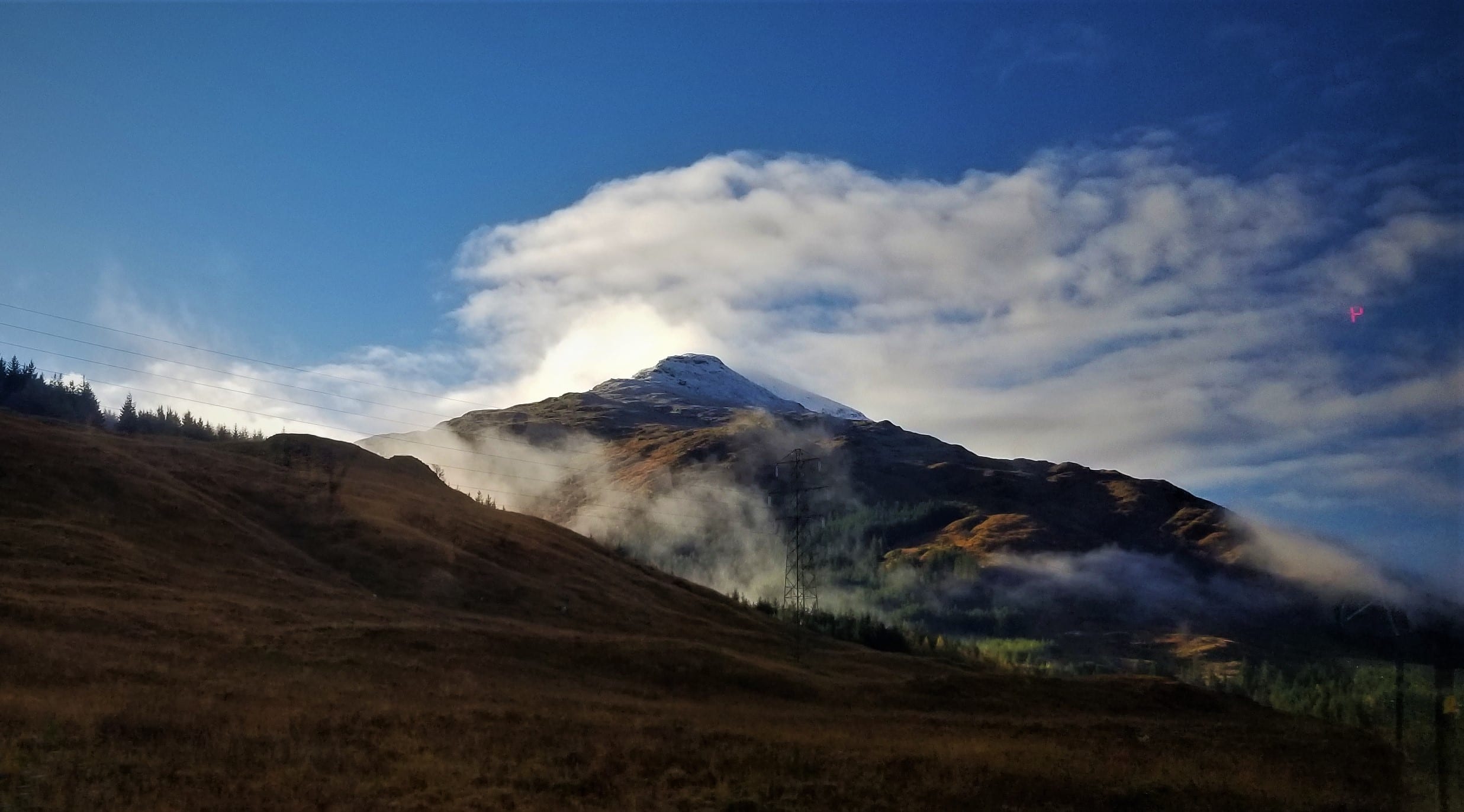 The Scottish Highlands are, in a word, gorgeous. I defy you to take a bad photo in the Highlands. And look, I know the Highlands are awash in starry-eyed Outlander fans, hoping a hot, romantic redhead is going to suddenly materialize out of a rock and start throwing shade at the British. And yeah, there are folks who are only too willing to play up to all that. Take, for instance, this guy, who was driving a tour bus: 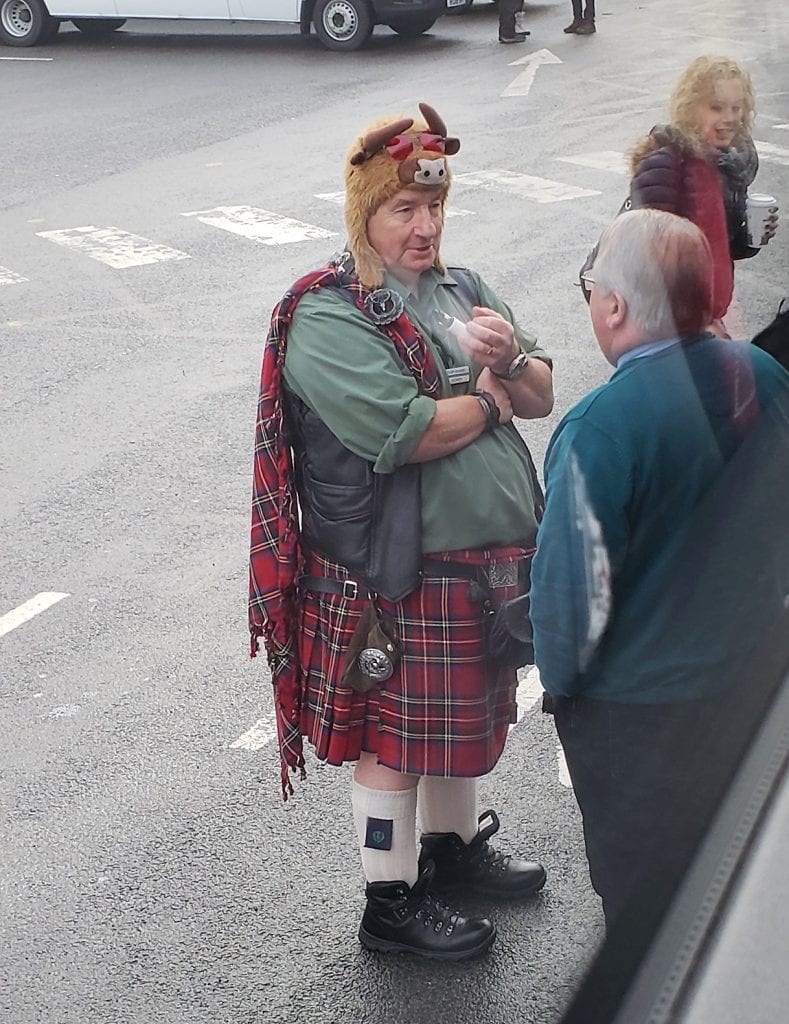 Yeah, that’s right–hairy coo hat, kilt, sporran, pipe and all. Wow. You have to admit he bears a striking resemblance to Fat Bastard.

He’s just giving the people what they want and expect, I guess.

Coincidentally, this guy and the (much more sedate) bus driver for my own tour bus had a very hilarious dynamic that went a bit like this:

You can’t blame them for trying to have a bit of fun while driving around busloads of tourists, eh? It’s got to be an annoying job. Plus, I do love Scottish people in general because of their innate ability to take the piss out of folks.

Mr. Pretty and I are typically not tour bus people, but by the end of our week in Scotland, our feet were destroyed. Every step felt like fire. The idea of hanging out on a bus for hours at a time sounded like the most wonderful thing on the planet. Getting to see a bit of the Highlands and visiting Loch Ness while being super lazy? Hell, yes. I don’t care how much it makes us seem like fuddy-duddies.

Plus, there was this scenery on the way to Loch Ness (click to embiggen): 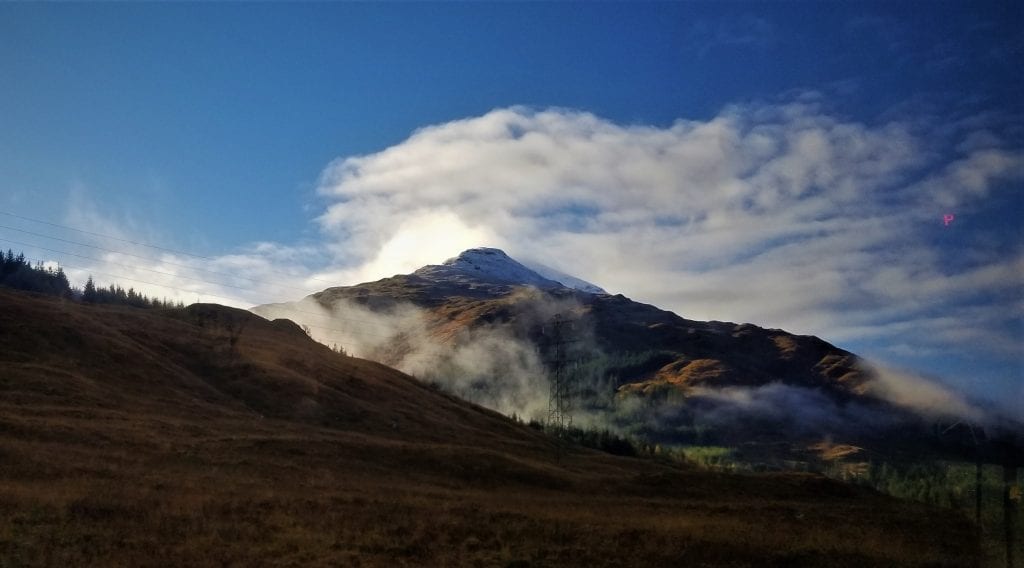 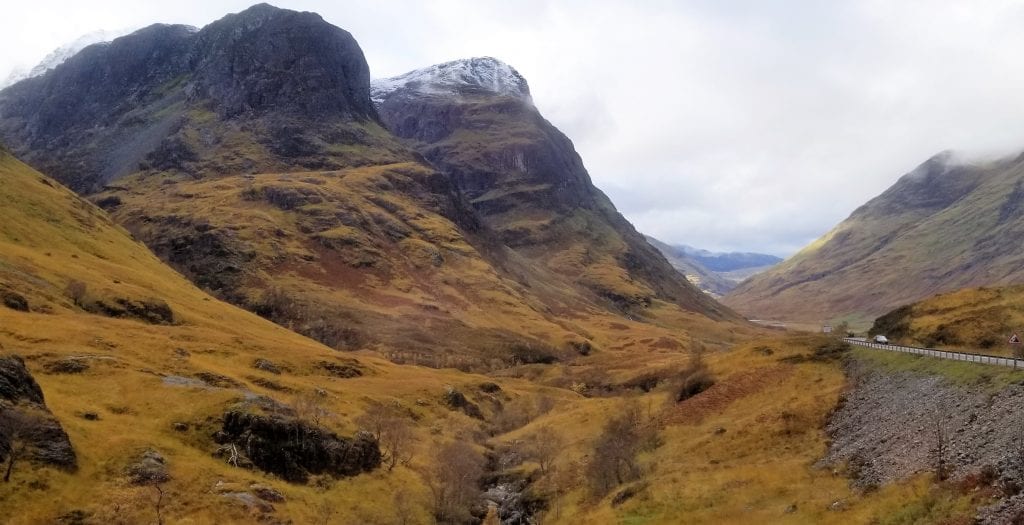 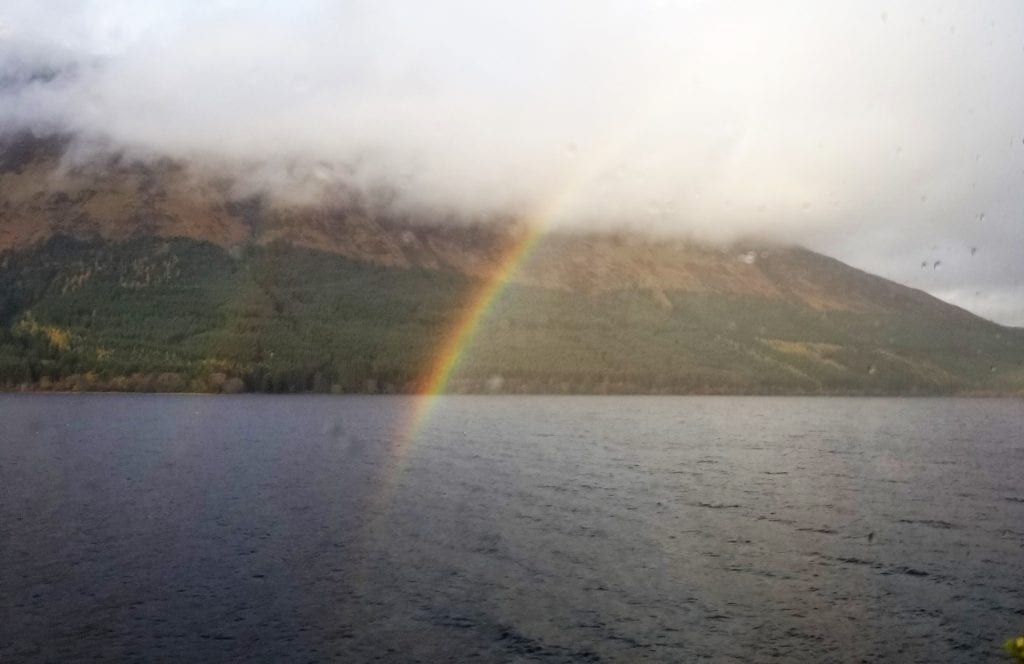 What the bus trip did (other than give us our fill of togetherness with strangers for the year) was truly inspire a return trip that will involve renting a car and driving aimlessly around the Highlands. Around every turn is unbelievable scenery and incredible history. We’re in.
Loch NessScottish Highlands