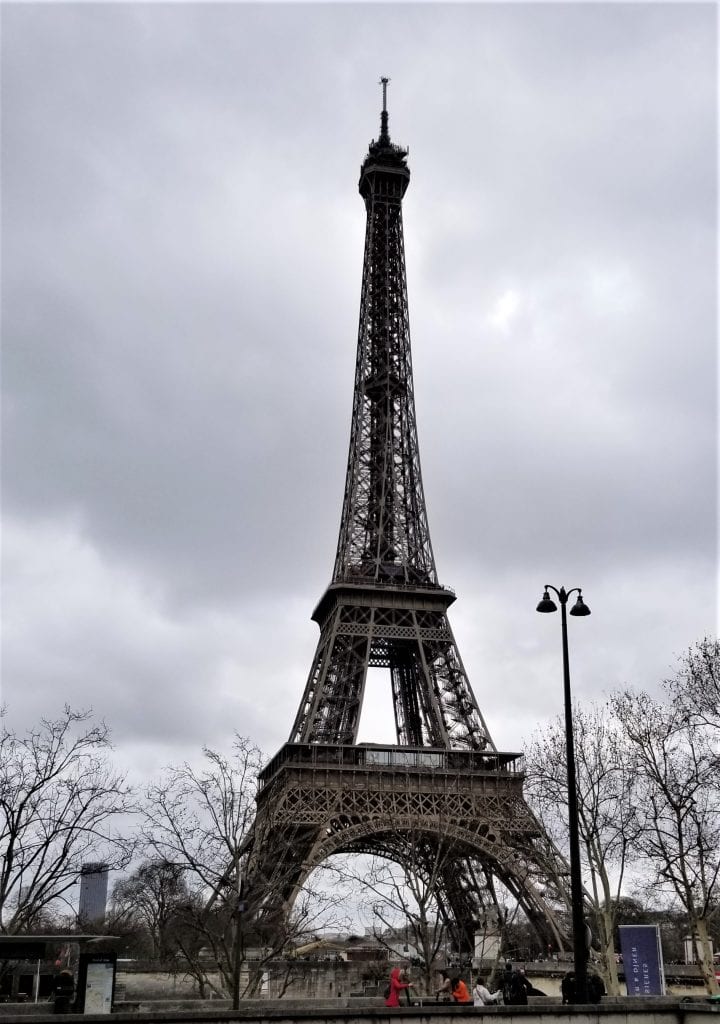 So what does one do when you land in Paris without a real plan? I mean, we flew there on a whim after not being able to get to Mexico–there wasn’t a whole lot of real forethought involved. Luckily, I’ve been to Paris a few times before. I knew how to get from the Charles de Gaulle airport to downtown Paris, which is half the battle.

TRANSPORTATION
In case you’re wondering about that, you make the long trek through the airport to terminal 2 and follow the signs for the RER train. It’s going to feel like you’re walking miles. You wanna catch the RER B toward Paris. It’s easy enough to buy your fare before you get on the train, and I absolutely recommend a multi-day ticket. Unless you’re doing a lot of travel outside of Paris, you only need a pass that covers zone 1-3 (we bought a 3-day pass, with is around €30). Buy a round-trip ticket to the airport separately.

I should also mention here that your best course of action is to pick a place to stay that has a nearby metro station that also intersects with an RER line. You don’t have to do that, of course–it’s not like it’s difficult to just take the metro to another stop that bisects the RER. But, you know, in the interest of being efficient, consider your options.

WHERE TO STAY
And that brings me to where to stay in Paris. In past visits, I’ve stayed in the 7th and the 14th arrondisements (near the Champs Elysees and the Catacombs, respectively). I figured it was time to try camping out north of the Seine–and so we stayed in the 11th, right down the street from the Nation metro stop. Let me tell you: it’s an excellent location for multi-access. It serves lines 1, 2, 6, and 9, and it also bisects the RER A. You can get pretty much anywhere in Paris super fast.

Before the catastrophe of having to go with Plan C to Paris, I did have the forethought to consider where we might stay. I considered an Airbnb, but to be honest I was able to get a hotel room for the same price as an Airbnb. For only a couple of nights, I’m fine with a hotel room.

The Hotel du Prince Eugene was our choice, and it was a very cute little place–and surprisingly roomy for a relatively inexpensive Paris hotel room. We had a room on the top floor, and it was very much an attic garret situation with a typically Parisian view out of our window.

My only real complaint about the hotel was the teeny-tiny shower. It was the kind of scenario where you end up getting simultaneously squeegeed from the front and back by the shower doors as you exit the space. Yeah, sure, I’m a pudgy girl, but damn.

But hey, if that’s the worst of it, it was still a pretty good hotel deal.

WHAT NOW?
As I said, I’ve been to Paris a few times before–and there’s a return trip in the works (hopefully next year) with my mother. But this visit felt different. Less active. More relaxing than our normal thing. Maybe because I didn’t have every single second planned out.

It made me very, very nervous.