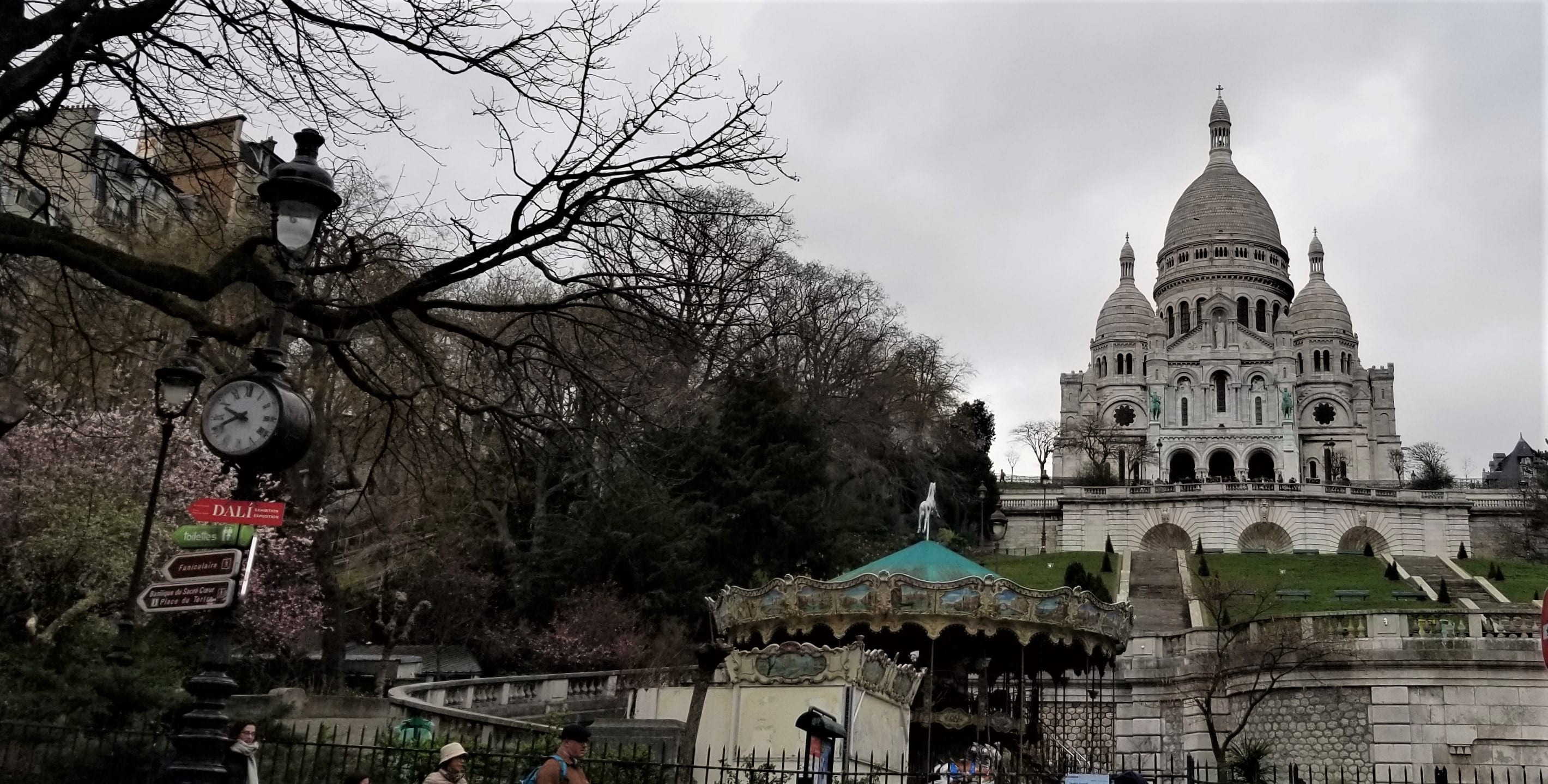 Almost exactly a month before a fire damaged Notre Dame cathedral in Paris, Mr. Pretty and I sat on a concrete bench on one of those narrow pathways below the roads, on the bank of the Seine. We ate choux à la crème from Popelini, and I very specifically recall eating a choux filled with raspberry creme and enjoying the cool breeze. And as we sat, we realized we had a great view of the back of Notre Dame.

We didn’t go to the Île de la Cité during our trip. And that’s okay–because we still had our view of Notre Dame. After this week, having had a chance to see it means something different than it did before.

I don’t mean to get all maudlin about Notre Dame–that’s not the point here. Maybe what is the point is that I’m all of a sudden very glad that I was able to visit Sacre Coeur in April. Up until last month, I had only seen the church from far away. Yeah, it’s pretty, but it’s a church. I’m not religious, so it has no real meaning to me on a spiritual level. But Sacre Coeur is as big a symbol of Paris as Notre Dame, with an important history of its own–and it receives more visitors each year than almost any other site in Paris. Why I’ve never visited myself up until now is a mystery. Montmartre is an area that I’ve just never made it to. 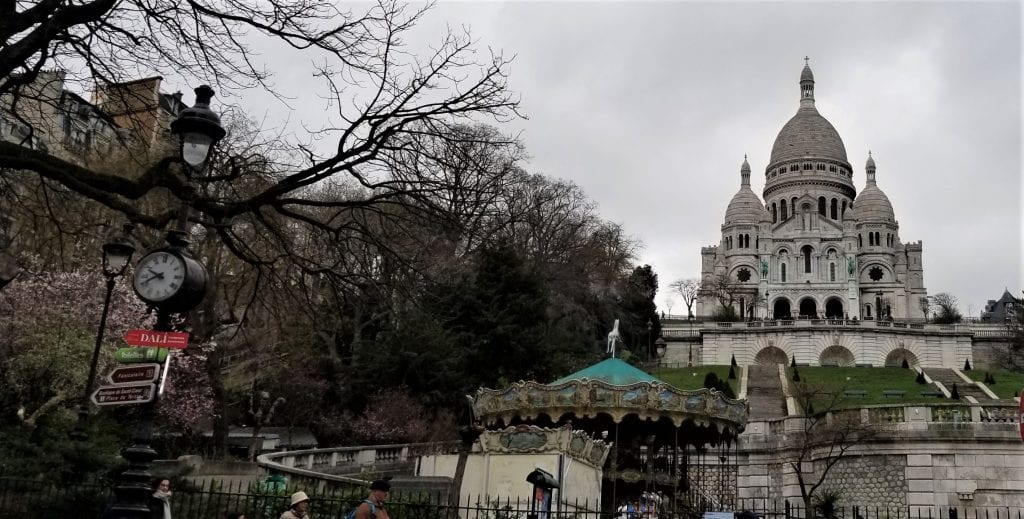 First impressions were not great, especially since the first order of business for the day was heading up to Sacre Coeur. Getting to the funicular you can take up to the church feels a little like walking a gauntlet–the main street that most people take is lined with shops that sell shitty souvenirs, and then the little plaza outside the funicular is filled with scam artists. Walk with purpose and ignore all of it, and you’re probably safe. But keep an eye on your wallet and purse, too–pickpockets abound. And it’s not like you have to take the funicular . . . but it does save you some stair-climbing and hill-climbing.

As it turns out, I rather like Montmartre. Cute little shops and restaurants. Winding and hilly streets. It feels a little different from everywhere else in Paris. The two discoveries worth mentioning:

Christophe Roussel chocolate shop [5 Rue Tardieu]. There’s at least one other location for Christophe Roussel in Paris, but this one is super convenient if you’re visiting Sacre Coeur (or at least in the area close to the funicular). The shop is cute, and the chocolate is spectacularly good.

The Hardware Société Paris [10 Rue Lamarck]. Look, I know that restaurants in Paris have a reputation–it’s supposed to be fine dining, the best food ever, blah, blah, blah. I’m going to level with you: I have never had a spectacular restaurant meal in Paris. Ever. There are foods you can get in Paris that amazing–cheese, baguette, chocolate c

repes, the aforementioned choux à la crème, etc–but most meals I’ve had are, at best, mediocre. The Hardware Société gave me the first decent meal I’ve ever had there. Weirdly, it’s an Australian-owned joint.

The menu features many dishes with their famed 64-degree egg and some interesting benedicts. I had an excellent eggs on toast with mushrooms dish that I could not stop eating, even when I was super full. They also do a really good pot of tea. Service is even warm, which is an unusual thing for Paris (and I love the French, but restaurant service is usually a bit stand-off-ish).

I’m definitely inspired to spend more time in Montmartre next time I’m in Paris, especially since it was raining pretty heavily the day I visited. Sadly, the Montmartre in most peoples’ imaginations doesn’t exist anymore–not really. It’s not the artists’ haven it used to be as rents skyrocketed and pushed out the artists. Still, there is some exploring to do in the neighborhood, to find out more about what the reality of the place is.

And, of course, I’ll be visiting Notre Dame to see how the rebuild is going, but that’s another story.