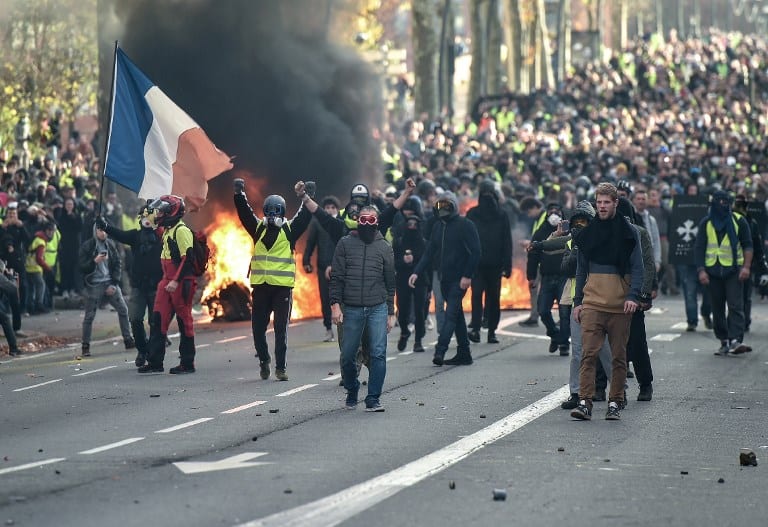 About a year ago, my mother decided it was time to finally visit Paris. She’s wanted to go since she was a kid, but life–as it often does–got in the way. She retired last year and after much deliberation applied for her passport. And then she started hearing about the gilets jaunes and got nervous.

“But won’t it be dangerous to visit Paris right now?” she asked.

My mom has lived in a very small, rural Pennsylvania town for most of her life. Despite a plethora of active meth labs and an active cadre of white nationalists and neo-Nazis running around her area trying to foment a race war, large scale protests and the threat of riots in city settings freak her out. And I get it. I mean, there’s comfort in knowing your setting, knowing where you can go to access safety when things go very awry. And as much as I assured my mom that Paris is a very big place, and that if there’s a gilets jaunes action happening it’s easy to avoid, I don’t think she quite believed me.

Until I was in Paris when a gilets jaunes protest broke out.

When Mr. Pretty and I were in Paris over Spring Break this year, our hotel was a bit of a stickler for the afternoon check-in time–so we dropped our bags at the hotel and went for a walk. We ended up at the Eiffel Tower, marveling at the new and quite ugly bulletproof glass walls that encircle it. Suddenly, the mother of all jet lag attacks hit the both of us. All I wanted to do was curl up by the Seine and take a nap. And so we did the next best thing: we jumped on one of the cheesy tour boats that cruise up and down the river, pointing out all the famous buildings on either side of the water. 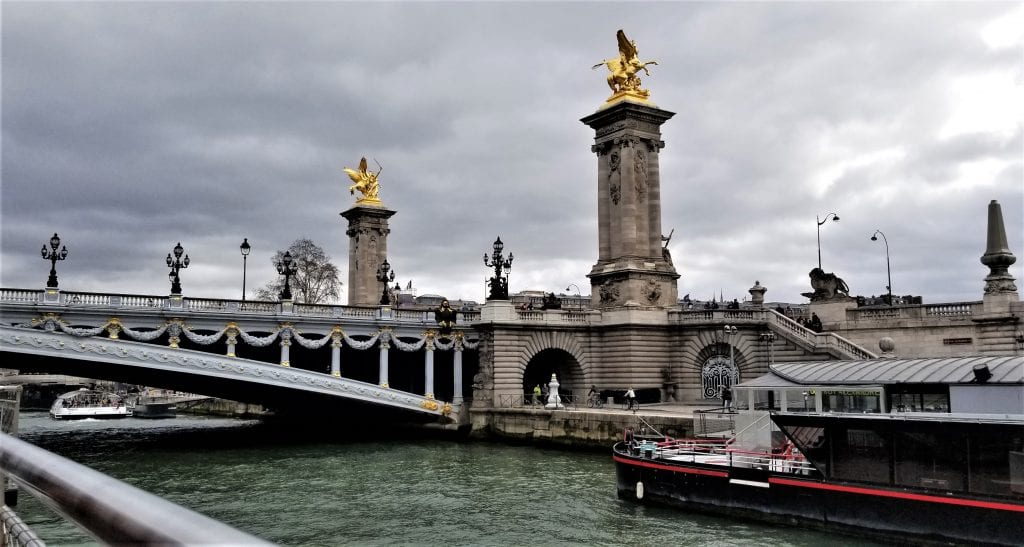 We had only been on the boat for maybe ten minutes when the distinctive police sirens started wailing, and the sound of a crowd chanting became quite loud. Mr. Pretty, inquisitive guy that he is, wildly glanced around to see what was happening. I was mostly half asleep. The whole of the French armed services could have invaded our tour boat, and I wouldn’t have cared as long as they let me doze. But then Mr. Pretty nudged me and said, “Hey, look–I think it’s a yellow vest protest. Isn’t that the street we just walked down?”

And yes, he was right. We were in the middle of the Seine watching a rather large stream of people in yellow vests swarm the area where we’d just been in the Champs-Elysees vicinity. But rather than the rioting fire-setters we’ve seen on television here in the U.S. (the ones that concerned my mom), the crowd was really organized and tame. I mean, yeah, they were loud and angry and passionate–but not in any way out of control. I’ve been in the middle of rowdier protests here in the States. While I’m perfectly aware that there are violent incidents that happen as part of the gilets jaunes rallies, a lot of what we see on our news media is designed to a) make the protestors look like animals and b) make the rallies look far worse than they really are. It’s a lot of propaganda, especially since Russia-related sources are using the gilets jaunes protests to spread disinformation. Anyway, Mr. Pretty and I watched the goings-on for a little while, but ultimately the hub bub died down, and that was that. Back to my jet-lagged stupor I went.

My mother, it seems, was comforted that I’d faced down a gilets jaunes action and survived to tell the tale. But as I told her before, it would have been easy for us to avoid the protest all together if I’d been in any way alert enough to think of it. The gilets jaunes folks publicize their rallies well in advance–all you have to do is check social media to find out where and when the rallies are happening. You know, and then be somewhere else.

After my miraculous survival, it looks like the trip with my mom is back on for next year.