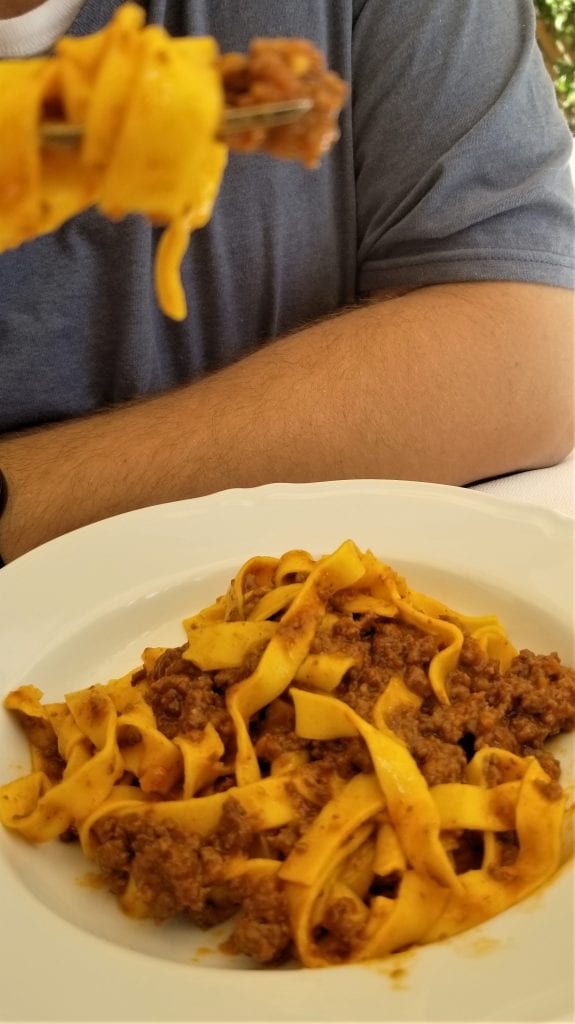 You go to Bologna, Italy, you have to try the spaghetti Bolognese, right? Uh, no. Because Italians wouldn’t be caught dead serving meat sauce on tiny little thin spaghetti. And hey, I get it–you need a hearty noodle that can stand up to the meat.

I’d also heard that the people of Bologna would look at you strangely if you ordered Bolognese sauce–because it’s just ragu sauce. This must be an old, pre-tourist boom rule, though, because nearly every restaurant we were at who had it on their menu referred to as “Bolognese sauce.” And hey, that’s not exhaustive since there are only a limited number of places you can eat in three days. But I don’t want to argue about what to call it–because the simple truth of the matter is that it tastes great. Perhaps more important than what to call it is that the pasta served is generally house-made.

Like all the tortellini, for instance–as the birthplace of tortellini, every restaurant seems to pride themselves on making their own. In different sizes, too. Ristorante Biagi, near the apartment where we stayed, claims to make the teeniest tortellini in all of Bologna. Mr. Pretty gave it a go–in the very standard Bolognese dish of tortellini and broth. They were indeed quite petite, barely the diameter of a American penny. So cute! And very, very tasty, of course.

Speaking of Bolognese, though, the first occurrence of the word “Bolognese” in a food-related capacity came not at an osteria, but at a gelateria. Gelateria Gianni, to be exact. They had a flavor called Bolognese, which I insisted on getting–of course, I still don’t know exactly what I was eating. I thought maybe it was pumpkin but I know the Italian word for pumpkin, and it appeared no where in the description. Whatever the case, the very nice woman behind the counter confirmed for me how the word is to be pronounced: Bol-u-nase-ee. Be advised. 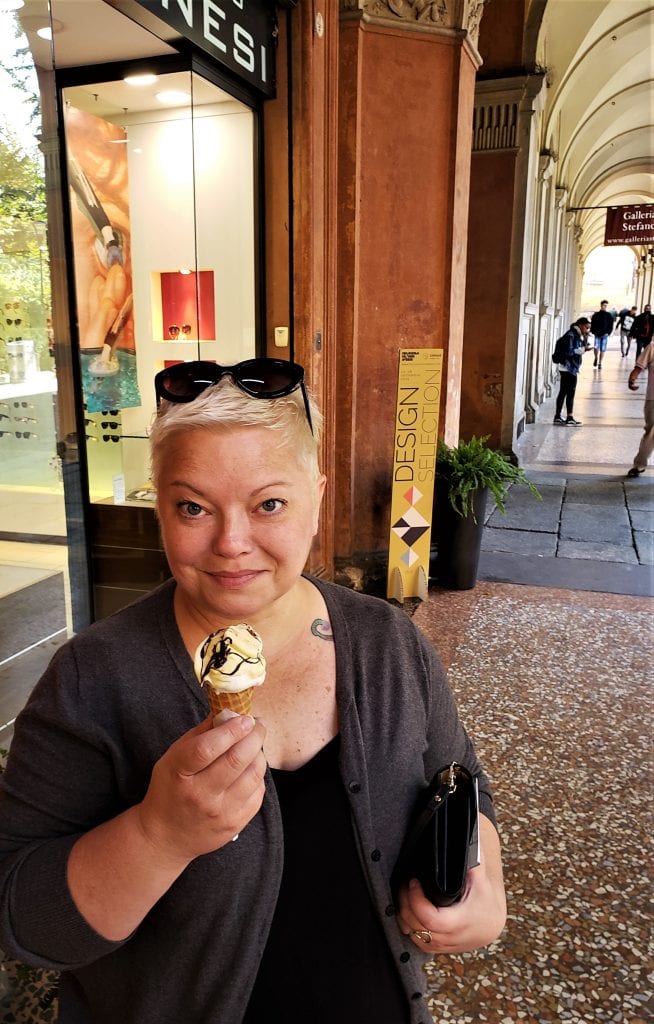 Did I mention the gelato was fantastic? I ended up at Gelateria Gianni twice during my visit–along with Cremeria Funivia, La Sorbetteria Castiglione, and Gelateria Galliera 49. I’m pretty lucky–Philadelphia had Capogiro gelato for a long time, which admittedly was some very good gelato. And I had some excellent gelato in Venice. But Bologna gelato surpasses them all. It was incredibly creamy and delicious, no matter what kind of gelato I ordered. Mr. Pretty is a bit less promiscuous–he always orders pistachio gelato. I do believe his favorite was Gelateria Gianni.

It’s a good thing Bologna is ultimately a very walkable city and that we were only in town for three days–if I were there any longer, I likely would have gained a lot of weight from all the gelato I was constantly stuffing into my pie hole.

Look, Bologna is known as “la grassa”–or, the fat–for a reason. The food is irresistible. Mortadella is everywhere, available in all sorts of ways, but best on a meat and cheese platter. Because let’s not forget that mortadella, prosciutto, and Parmesan cheese is all . . . well, local. The food isn’t all fat-filled, of course. Take, for instance, our dinner at Osteria Bartolini. Piazza Malpighi looks like any other wide street in Bologna, but up a little ramp is a restaurant with an outdoor courtyard, the seating for which is centered around an enormous century-old plane tree. The courtyard is awash in twinkly white lights, and you can barely hear the traffic from the street below. The menu is full of fish. Now granted, there’s a lot of fried fish on the menu–so yeah, fattening. But I had a nice bowl stuffed with petite sardines broiled in lemon. And wine. Lots of wine. 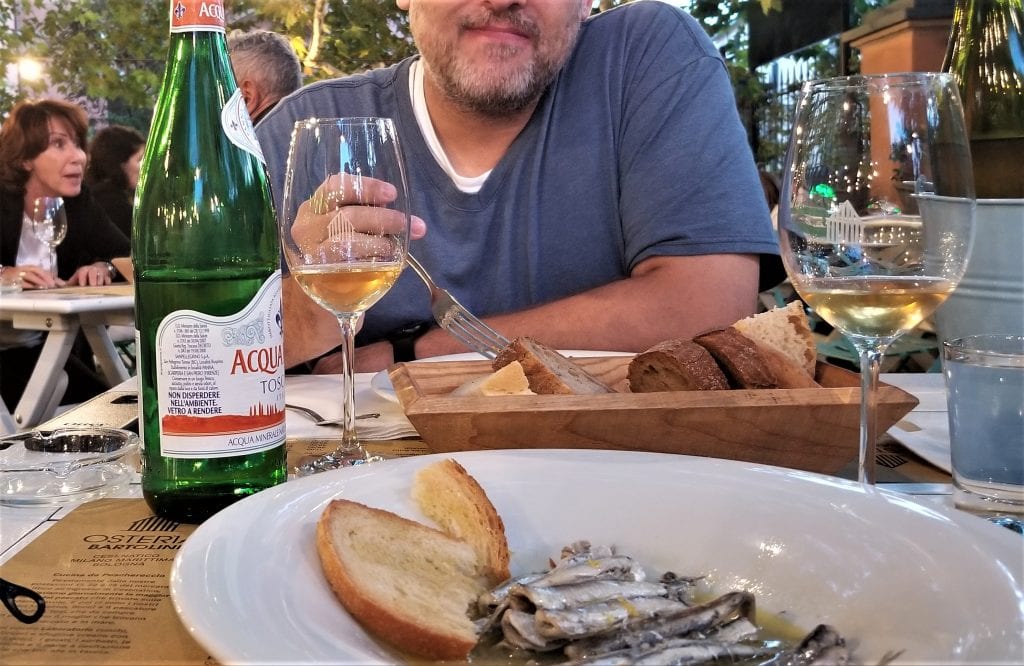 Crazy Ralph Says You're All Doomed