It’s not every day that you celebrate being married to someone for twenty years. Marriage is generally not something I expect to take permanently–let’s say that the relationships that have been modeled for me are fleeting at best in many cases. But Mr. Pretty is stuck with me, it seems, and it has been a pleasant surprise. Since 2020 was the big 2-0, we wanted to go somewhere far away–and we’d decided on Tokyo.

Except then the pandemic happened and grounded us. Americans are barred from traveling to Japan because the Trump administration has done such a hideous job of leading during a public health crisis. And, sure, we can postpone a trip, but you can’t call a do-over on your twentieth wedding anniversary–so we came up with a Plan B: Tokyo at home.

My main requirement: there had to be ramen. And I’m not talking about running out and getting take out or those crappy styrofoam cups of dried ramen. I wanted ramen comparable to the delightful Butao ramen I had in Hong Kong several years ago. So I bit the bullet and made it myself . . . from scratch . . . using a hell of a recipe. All told, it took maybe 14 hours or so to make the tonkotsu broth, the ramen, eggs, the chashu, and the tare–and that doesn’t count the hours it took to track down all the ingredients. The only thing I didn’t make myself were the ramen noodles, which I found at a local shop that sells Japanese products. I even bought a pressure cooker to pull of this grand cooking feat. 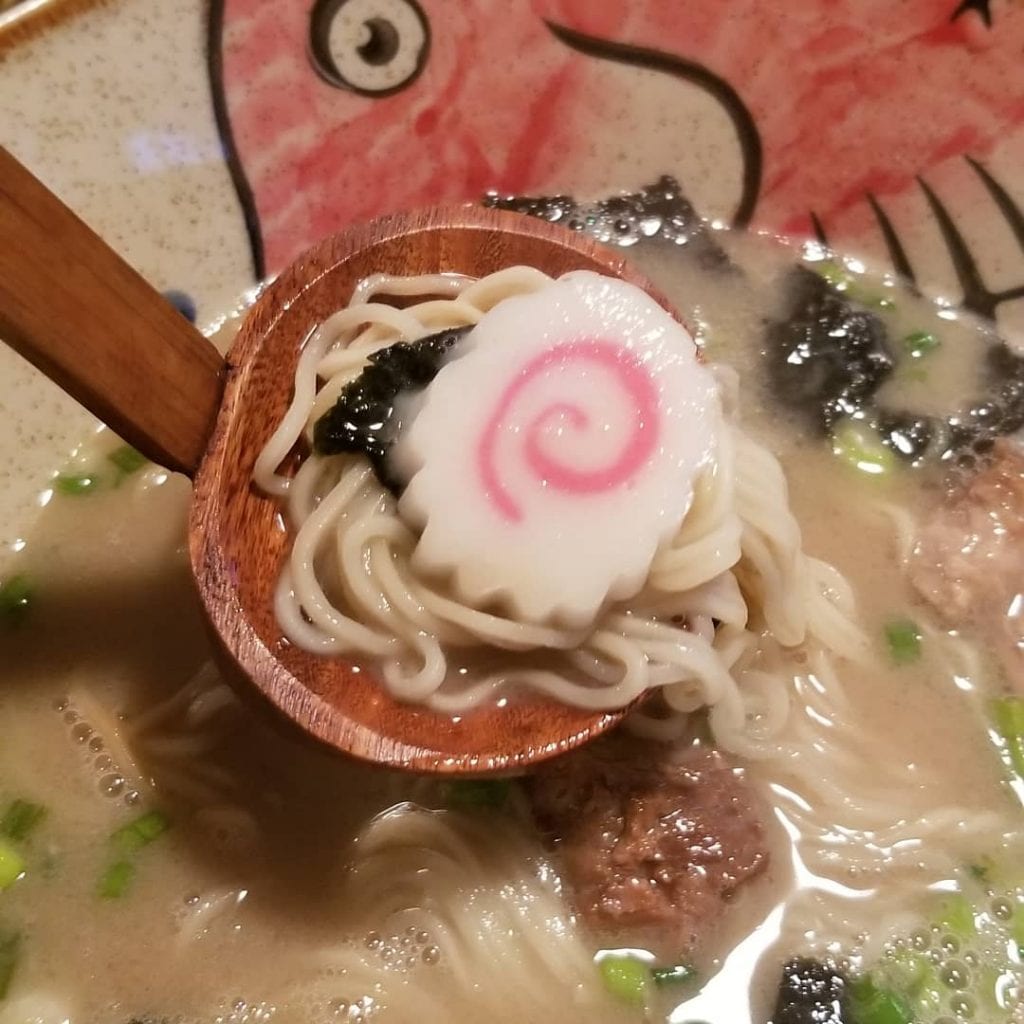 And it was great. I admit it: my tonkotsu broth was killer–the perfect milky white (gee, ask me about making a meat and bone milkshake sometime–and then the step when I had to press all that mush through a fine sieve.). My ramen eggs were perfect and gooey. The chashu was a hot mess to look at, but it tasted pretty great (it’s hard to make pork belly taste gross, I think). But you know how ramen is–after all that fuss and effort, it takes ten minutes to eat. But it was an enjoyable ten minutes! Still, the experience gives me a whole new appreciation for ramen shops with really great ramen. I’ll be giving my personal compliments to the chef more often from here on out.

Food always figures into our trips, wherever we go–and so it shouldn’t be a surprise that ramen wasn’t the only Japanese food that day. We had tea and custard buns for breakfast, and Mr. Pretty was excited to make two different kinds of chicken thigh yakitori for lunch.

I bought scented candles that were supposed to smell like Tokyo and cherry blossoms and Mt. Fuji, and we watched Japanese horror films (it was a few days before Halloween after all. We hung out all day. Porcelain and platinum are the traditional and modern twentieth anniversary gifts, but we gave each other the gifts of time, pork, and chicken. Not bad.

Where the Puffins and the Glaciers Roam...and Beyond

The Cabin Behind the Saloon: A Cautionary Tale
Oct 5, 2021