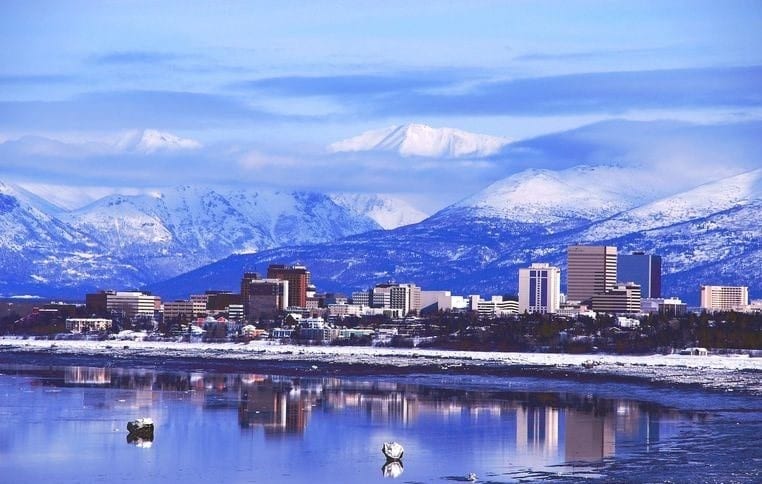 It wasn’t intentional. I mean, sure, I’d been eyeballing post-Labor Day flight deals, thinking maaaaaaaaaybe. Maybe it’ll be safe to travel by then. Maybe we’ll be vaccinated by then. Maaaaybe. But I still held off from buying those tickets to Tahiti or to Nairobi. After all, I’ve seen the articles about rich countries hoarding all the vaccines (and feeling guilty for living in one of those rich vaccine-grubbing countries while still desperately wanting Americans to be vaccinated en masse)–I don’t to contribute to a public health crisis because of my fernweh. But then the email arrived in my inbox. A sale . . . on flights to Alaska . . . as late as September.

And let’s face it–Alaska has some things going for it. It was ranked #1 for pro-active COVID-19 testing per capita last year (I think it’s been jockeying back and forth with Rhode Island for the #1 and #2 spots). The state was ranked 6th most responsible state for handling the coronavirus. And even though we’re flying into Anchorage, a major city, there are plenty of options to avoid people and congested areas. You know, if we’re still feeling the need to socially distance.

I also (completely accidentally) picked travel dates so that Mr. Pretty and I will arrive in Anchorage pretty much the day after tourist season ends. That means the daily trains to Fairbanks (and points in between) then become weekend trains only, and the tourist buses through Denali cease running (among other things). I’m not particularly upset about all that–Mr. Pretty and I have never exactly been “tourist bus” kind of people. And if the Denali National Park folks plan to hold the Road Lottery this year, chances are good that we’ll be in town on most of the days included in the lottery–and maybe we’ll have a better chance of winning a permit.

Having something to look forward to in September is giving me a bit of a boost–especially at a time when I’ve been reminiscing over our last trip and feeling some type of way about missing out on our anniversary trip.